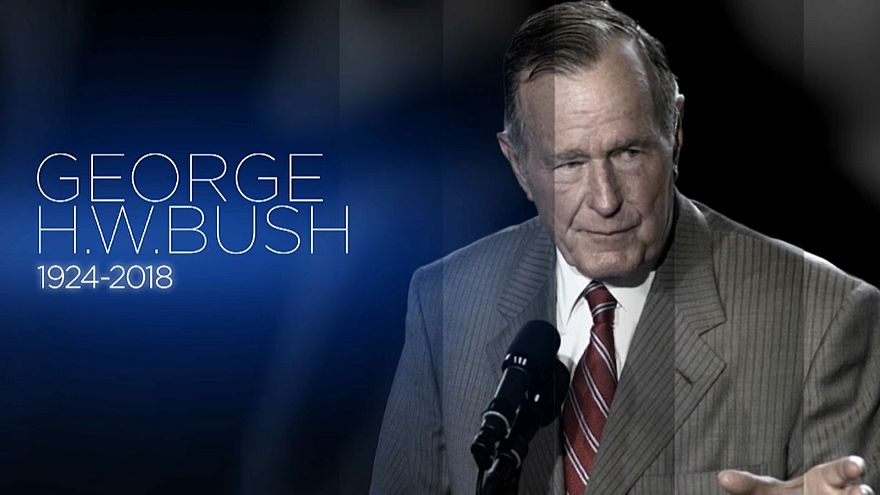 The short presidency of George Herbert Walker Bush was of great historical significance for America, but also for Europe. For that, the 41st president of the United States (1989-1993) has received too little recognition.

Now that he has died, laudatory words are being spoken about this thoughtful internationalist. But the easy characterization of him as "colorless" also surfaces again — as if the entertainment value of a president, in itself a useful quality, is more important than his policy and its effects.

It was possible to end the Cold War peacefully thanks to Mikhail Gorbachev, Helmut Kohl and Boris Yeltsin, but also thanks to George H.W. Bush. That the German unification could unfold in 1990, despite the strong resistance in many European capitals, just as much.

On Saturday, Chancellor Angela Merkel rightly praised him as "a stroke of luck in German history." Bush, who, before he became president, had already gained much international experience, recognized the historical moment in 1989. He fully supported Chancellor Kohl, when the latter wanted to expeditiously seize the opportunity that history suddenly offered as the Iron Curtain disappeared.

The Bush years were sandwiched between eight years of the Republican idol, Ronald Reagan, and eight years of the colorful Democrat, Bill Clinton. When his son, George W. Bush, became president, he explicitly distanced himself from his father's policies.

But it is exactly in the contrast with "junior" that the qualities of "senior" stand out. The son let the budget deficit climb to irresponsible heights and refused to raise taxes, even when two expensive wars provided ample reason to do so. The father acknowledged in his time that the budget deficit had to be curbed, and therefore broke his election promise that he would not raise taxes under any circumstances ("Read my lips: no new taxes"). Many Republicans have never forgiven him for that, but the decision did ring in the economic recovery that would only really come to fruition under his successor.

The "young Bush" started an unnecessary war against Iraq in 2003, in the naive assumption that that the country could easily be made a democracy by force. What initially seemed would be a quick victory, soon turned out to be a lengthy political, military and humanitarian drama. The "old Bush" had entered Iraq 12 years previously to defeat the Iraqi occupation of Kuwait. But he did that with a broad coalition, with permission of the United Nations, and also with the wisdom not to continue marching to Baghdad, but to cease combat once Kuwait was liberated.

First and foremost, George H.W. Bush deserves a great degree of admiration for not welcoming the demise of the Soviet Union, the United States’ old enemy, with triumphalism, which could have easily led to major conflicts. He did not want to "dance on the Wall," as he put it, but offered Russia and other countries from the former Soviet empire an outstretched hand. In doing so, he has done a great service to the world.