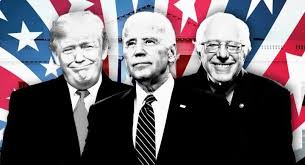 If things remain the same in the United States from now until the presidential elections in November 2020, Donald Trump is likely to win a second term. The reason for this is not so much the strength of the Republican Party as it is about the crisis in the Democratic Party. Indications are that the party itself is divided between a strong progressive movement and right-leaning elite infiltrating the party with divisions that weaken it.

As I write, there are more than 22 presidential Democratic presidential candidates. This is a huge number, which means that the world will watch a bitter battle among the Democrats where candidates drop out one after another until one of them is declared a candidate in July of next year. This long electoral battle among candidates requires massive amounts of money, and American media plays an integral role in this. It is no secret that the Democratic Party elite are not immune to the battle. In 2016, they intervened in favor of Hillary Clinton at the expense of Bernie Sanders, and there are indications that they are now intervening in favor of Joe Biden, Obama's vice president, to ensure that he gets the party's nomination. It is also evident that the media bias and financial support tied to the Democratic Party elites who favored Clinton at the expense of Sanders is now favoring Biden not only at the expense of Sanders but also at the expense of other candidates such as Elizabeth Warren and Tulsi Gabbard.

However, the party’s financial and media biases do not necessarily mean Biden's battle will be easy. Biden's political positions are very close to those of Clinton. These views were a burden to her in relation to some groups of party voters in the last election. Biden represents the party elite associated with Wall Street, which large segments of the party’s main constituency no longer consider a priority. And the positions Biden took when he was a senator put him in the center-right on economic and social issues and among the party's most important foreign policy hawks.

All this means that if there are no sudden developments, Biden will receive the party’s nomination. After a tough battle with the elites, the party’s progressive audience will emerge frustrated and angry, and may turn its back on the ballot box during the general election in November 2020 when the fight will be between the two parties. The reluctance of the Democratic Party's main constituency to vote in November will hand the presidency over to the Republican Party candidate, i.e., Trump.

In other words, if Biden wins the Democratic presidential nomination, even though he is favored by the party's elite and the media, it is probably more likely to give Trump a second term.