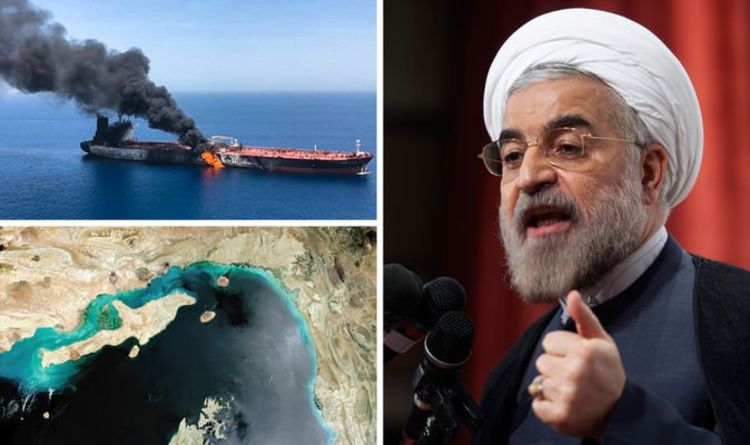 While it should be acknowledged that President Donald Trump’s manners, which are sometimes too brusque, do not help, the attitude of Tehran’s theocratic dictatorship is driving the world toward an extremely dangerous situation. This is not a new development because, since its inception, the Islamic Republic of Iran has continued to interfere in order to thwart stability, and not just in the Middle East, but in any other context where the ayatollahs believe they can advance their positions. It is no secret that their main goal is not the well-being and freedom of the Iranian people; otherwise, they would have long taken a different approach in order to achieve it. Instead, they believe that their own survival overrides their citizens’ interests, as does preserving a state of permanent tension with their main neighbors.

Under such circumstances, the United States and Great Britain have both accused Tehran of attacking several oil tankers (at least six during the last month) in the Strait of Hormuz region, providing reliable evidence of attacks that can only have one purpose: conveying the threat that if Iranian oil cannot reach the world market freely, no one else in the region will, even if this moves toward the obvious risk of causing widespread conflict in the area.

The unilateral withdrawal of the U.S. from the nuclear deal achieved by the European Union, in which Iran promised to refrain from developing nuclear weapons, was not executed in the most diplomatic way, and the consequences of that withdrawal do not help to stabilize the situation. Iran’s attitude does not help either, with gestures such as the one carried out by Ali Khamenei, who refused to receive a message from President Trump brought by Japan’s Prime Minister Shinzo Abe, who moreover represents one of the countries more committed to keeping this confrontation from spiraling into widespread conflict.

Such tensions are bad for everyone, and they are not good for Iran either in the medium term. The world is moving toward a new energy paradigm, and as much as oil will continue to be a key factor in the global economy, the days when hydrocarbons provided unlimited wealth to those who possessed them are over. Furthermore, in this case, the evidence is putting the Iranian regime in a tight spot, holding them accountable for an approach that is unambiguously condemned under international law. Threatening free peaceful navigation is a very serious matter that should have consequences for the theocratic dictatorship in Tehran.