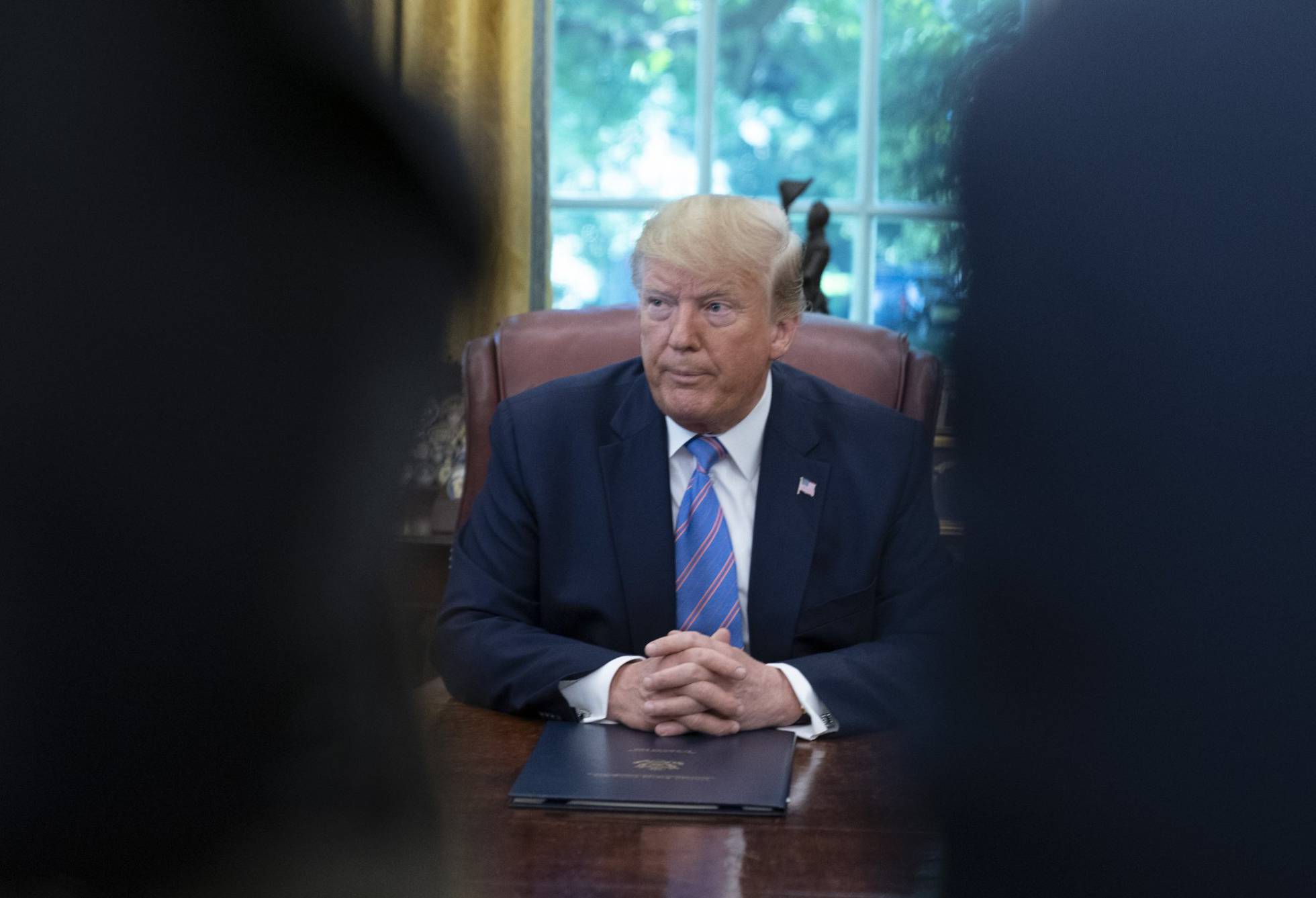 The president of the United States reacts to the scandal of unhealthy conditions and the problem of overcrowded police stations at the Mexican border.

Lawyers were the first to raise complaints about the horrific conditions at detention centers for immigrants without documentation on the Mexico-U.S. border, then Democratic congress members picked up the cause, then shortly after, it became an issue for the U.S. government’s own inspectors. Overcrowded cells with people sleeping on the floor are featured in photographs that accompany the official reports. On July 3, Donald Trump responded to the attack by tweeting, “If Illegal Immigrants are unhappy with the conditions in the quickly built or refitted detentions centers, just tell them not to come. All problems solved!” [https://twitter.com/realDonaldTrump/status/1146514575048790019]

The influx of families that have fled misery and violence in Central America is straining a reception system that is unprepared for the volume of immigrants, especially so many children. The Trump administration maintains that the border is on the brink of collapse and has converted buildings into detention centers that are barely more than police stations. The flood of immigrants intensifies the president’s strong anti-immigration stance, which has been a main campaign policy since he launched his bid for the White House four years ago.

“Our Border Patrol people are not hospital workers, doctors or nurses. The Democrats bad Immigration Laws, which could be easily fixed, are the problem. Great job by Border Patrol, above and beyond. Many of these illegals aliens are living far better now than where they came from, and in far safer conditions,” Trump said. He added in a second message, “tell migrants not to come into our country unless they are willing to do so legally, and hopefully through a system based on merit.”

According to the report by the inspector general of the Department of Homeland Security prepared the week of June 10, U.S. Border Control control had 8,000 detainees, of whom 3,400 were under arrest for more than 72 hours at the detention centers in the Rio Grande area south of Texas, exceeding the purported legal time limit to process asylum applications.

The president is putting pressure on Democratic legislators to toughen up regulations against illegal immigration, although he has seemingly dropped his old election promise to build a wall on the Mexican border after barely receiving the necessary support from Republican congressmen and senators to finance the project. Tensions are also impacting the other side of the border, where the president has threatened to impose tariffs on all Mexican products if Mexico fails to crack down on people from Central America traveling through their territory into the United States. Deportations increased by 33% in June compared to the previous month, reaching heights of 21,912, the highest since 2006.