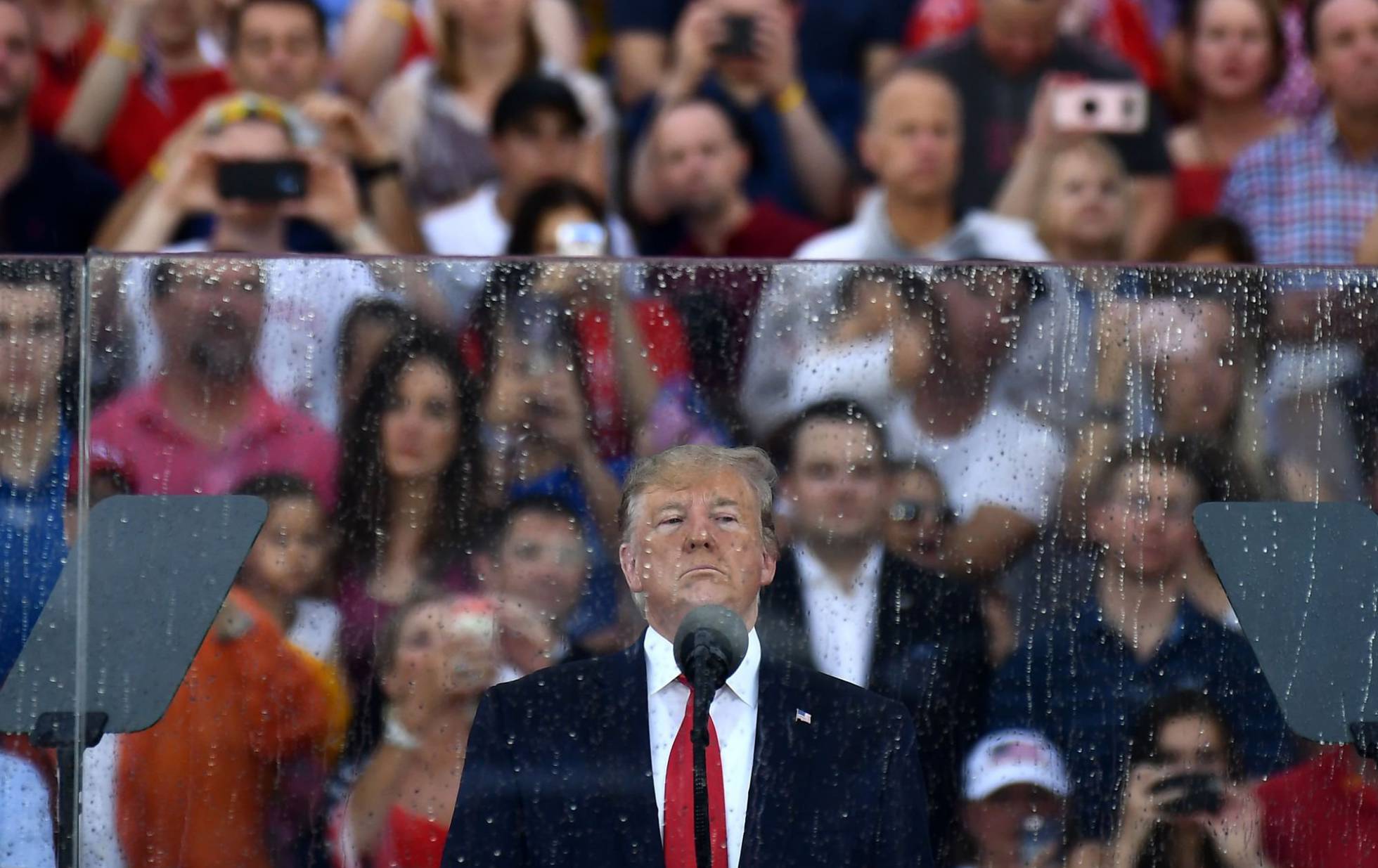 The magnate has a lot of money for his campaign and enough time to consolidate his staunch electoral base, while the Democrats tear each other to pieces in a series of long and difficult primaries.

Every July 4, the people of the very young United States take to the streets to celebrate their nation’s birthday. This is a huge national event celebrated with a healthy level of civic patriotism that, in Spain, would be unthinkable. It is not a political day but rather a big, collective outdoor party consisting of concerts, dancing, fireworks (90% of which are imported from China) and barbeques to commemorate how the country came into being and its evolution to the present day. The celebration is a chance to reflect on America the Beautiful - or not so beautiful.

On Thursday, July 4, Donald Trump took center stage in the national festivities, the main celebration of which takes place on the National Mall, the imperial avenue that connects the Lincoln Memorial to the U.S. Capitol. The president whimsically decided that he would scatter the Mall with tanks, give an inappropriate speech, preside over an aerial display and pay an utterly unnecessary tribute to his invincible armed forces.

Trump promised that we would soon return to the moon and then plant a flag on Mars. He also had the gall to praise national unity, which he has spent his first two years as president destroying. To make things worse, the Republicans reserved certain sections of the event for rich business owners, friends, and supporters of their cause, who had purchased tickets. This was the first time in history that a fee had been charged for the July 4 celebration in Washington. But Trump confuses the institution he represents with a business.

The president mistook the nation’s birthday for his own, resulting in a televised spectacle aimed at glorifying him and fueling his reelection campaign. The country is already in election mode. Speaking from underneath the austere marble effigy of Lincoln, thereby prostituting the former president’s image, was a great way to achieve his objective. As the famous “West Side Story” song states, anything is possible in America. This is especially true under the Trump administration. He may even achieve a second four-year term in 2020. The U.S. stock market has just experienced its best June since 1938. The same month also saw the creation of 224,000 new jobs, which could ease the pressure on the Federal Reserve to increase interest rates. The virtuous cycle has now lasted over a decade.

Trump has a lot of money for his campaign and enough time to consolidate his staunch electoral base, while the Democrats tear each other to pieces in a series of long and difficult primaries that the president will not have to endure. But, above all, he possesses the powerful voice of the White House. His aggressive policy has, for the moment, led to a stalemate with China. Contrary to his former boastful claims, he now knows that trade wars are not good or easy to win.

Quo vadis, Democrats? Their first televised debates suggest that they are leaning toward a left-wing stance that is causing a bad reaction among most of the electorate: medical insurance paid for by the state alone, which would bring an end to private insurance, and the same treatment under criminal law for immigrants without documentation as for those who are here legally. Whatever this means, according to the president, they are leaning toward a democratic socialism. If the chosen Democratic candidate bases his or her candidacy on this approach, it will ensure Trump’s reelection.