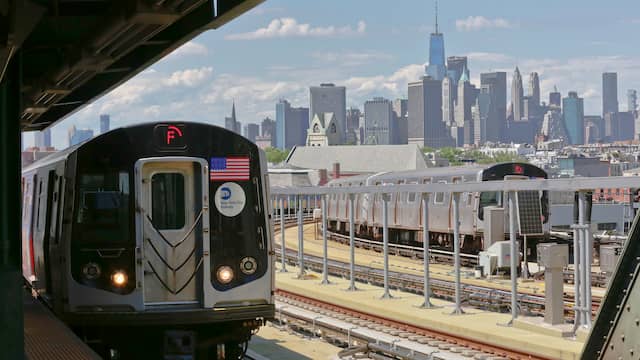 The number of shootings in New York has decreased 85% over the last 25 years. The number of registered crimes has decreased by a total of 78%. Even if the level of crime is higher in New York than in Sweden, there are good reasons to study progress on fighting crime New York. Personally, I have had the pleasure of meeting officials from the New York Police Department on several occasions.

Subway Control Is an Important Element.

Despite the overall decrease, crime in New York has risen over the last year. For example, shootings have increased by 5% since last September. The reason is clear: Current Mayor Bill de Blasio has introduced policies that eliminate prosecution for fare dodging in the subway or carrying marijuana for personal consumption. This means that far fewer passengers are being searched and fewer weapons are being found.

When the new system for tackling crime was introduced by Rudolph Giuliani and Police Chief Bill Bratton, it began with subway control. Fare dodgers were searched, arrested and tried in court. It became clear that one in 10 people was carrying weapons. This was the first step in reducing the number of weapons in the city.

Specifically, to combat shootings, an issue for Sweden right now, New York has introduced ”ShotSpotters,” tens of thousands of small, nearly invisible sound sensors in the 11 districts where shootings are most common. From a purely technical perspective, it is a digital control mechanism. When a shot is fired, it takes less than half a minute before one can triangulate exactly where the shot was fired. Computers also make an instant analysis of what kind of weapon was used.

This means that New York has learned about shootings where nobody was hurt, but it has also arrested people possessing weapons who could be potential murderers. The police have installed about 12,000 hidden cameras. In addition, the police have agreements with shops with security cameras. The cameras begin recording immediately when a shot is fired. This provides a substantial possibility of knowing instantly about what has happened, and capturing video of the suspects.

A distinct feature of the New York police operations is that, as opposed to the Swedish centralized police, New York police have strong local connections in the community. The department recruits officers who speak languages common among minorities in the area. Officers are also expected to work for a long time in the same district. This ensures that the officers know many in the area, increasing the possibility of identifying criminals.

In addition, more than 50 police officers are held in reserve at police headquarters, ready to respond whenever anything serious happens.

Everyone agrees that Sweden needs more police officers. In the meantime, it is relatively empty at the Police Academy and it will take time before numbers increase. However, investing in advanced technology and learning from the digital progress made by New York police, on the other hand, could be done quickly.