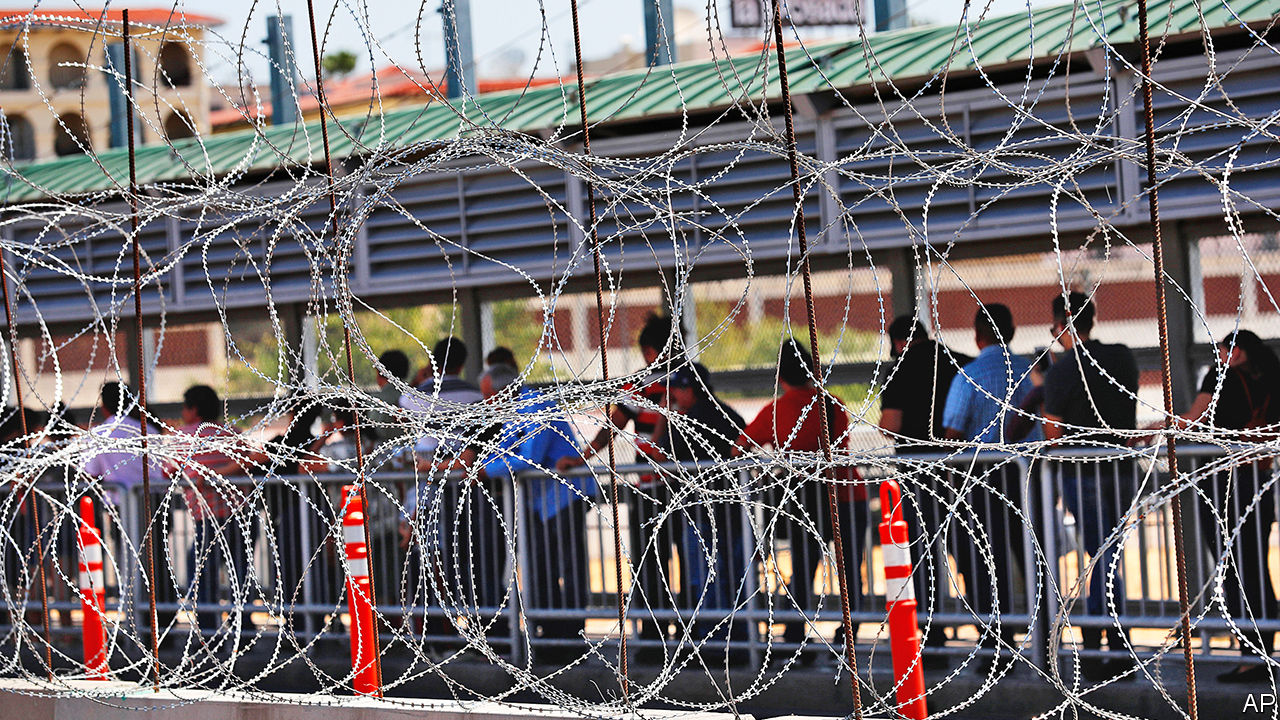 There were no tariffs, but Mexico became Donald Trump’s famous wall, and, to add insult to injury, we Mexicans are paying for it. Our country tried to stop the migration of people from Central America, Caribbean nationals, Africans and Asians.

Little more than three months ago, Donald Trump held a gun to Andres Manuel López Obrador’s head: if you don’t do what we want, I’ll fire tariffs at all of your imports, which will have terrible consequences for your economy. Naturally, this worried the Mexican president, who sent his foreign secretary, Marcelo Ebrard, rushing to Washington to practically accept all of the U.S. government’s conditions. There were no tariffs, but Mexico became Trump’s famous wall, and, to add insult to injury, we Mexicans are paying for it.

Our country tried to stop the migration of people from Central America, Caribbean nationals, Africans and Asians who were traveling through our country in order to reach the United States and seek asylum. We were to arrest them at the southern and northern borders. Mexico promised to deploy 25,000 officers from the National Guard for this purpose. Now, 90 days on from the agreement, Ebrard is declaring the operation a success. From May to August, the flow of migrants traveling toward our neighbor in the north decreased by 56% and only seven human rights abuses were reported. More importantly, we avoided the tariffs that Trump threatened us with.

Is this a victory? In my opinion, the United States and its president are the biggest victors here. Trump did not give us Mexicans a gold star in a tweet on Wednesday for nothing. Using a graph that showed a 92% reduction in the number of migrants residing in the United States between May and September this year, Trump announced the “incredible progress being made at the Southern Border.” Whether this figure came from Ebrard or Trump, the fact of the matter is that, by curbing the wave of immigrants, Mexico is doing America’s dirty work.

In this respect, it is sad to see images of the Mexican National Guard or armed forces apprehending migrants to prevent them from crossing the southern border into Mexico or from heading north toward the United States. Incidentally, columnist Jorge G. Castañeda, whose work, particularly on this issue, is missed, once pointed out that we do not know how our police officers and soldiers distinguish a Honduran trying to cross the border into the United States from a Mexican. At seven, the low number of human rights abuses reported by Ebrard is certainly something to celebrate, but, despite this, we cannot accept Mexico’s hardened stance with regard to immigration. Given that millions of its citizens are living illegally in the United States, how can a country like Mexico justify using the force of law and order to detain immigrants who do not have documentation?

The United Nations High Commissioner for Human Rights Michelle Bachelet has already given us a black mark for what we are doing. She has described the way immigration is handled in the U.S., Mexico and Central America as a “step backward,” which it effectively is.

Many will say that, in exchange, we are avoiding the tariffs Trump threatened to impose, and we should celebrate the fact that we have avoided a trade conflict of this sort. Seriously?

I don’t think so. I can’t celebrate because I do not believe this is over. On the contrary, it is just beginning and could get worse. Trump has already confirmed that Mexico is weak, and, when it suits him, he will continue to extort from us. The sword of Damocles is still there: at any moment, the U.S. government could impose tariffs on us, national security reasons. If so, what use are our free trade agreements with the U.S.?

The harsh reality is that, while Trump is in power, he will be able to threaten and impose tariffs as he wishes. And this unilateral abuse of power creates a great deal of uncertainty for investors who want to come to Mexico in order to export to the United States. The problem has not been fully resolved. The bully in the north has won and will, sooner or later, blackmail us again. The question is whether, given the weakness it has shown, the Mexican government will continue to accept terrible conditions in order to avoid a dispute. Will we continue to carry out burdensome tasks, like doing the United States’ dirty work with regard to migrants from Central America?