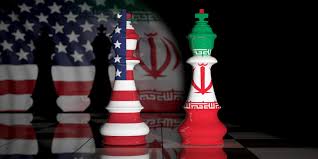 Currently, Iranian calculations are based on conclusions which everyone knows are false. Iranian hypotheses begin and end with the notion that U.S. President Donald Trump will not rush into any military confrontation with Iran, or even with its militias in the region, because he is a businessman who fears a downturn in the U.S. economy, which is improving every day. Likewise, the Iranians assume that the U.S. president cannot start a war in an election year, with the November 2020 election coming up. Are these Iranian hypotheses correct?

Anyone following the development of the United States’ position during the Trump era knows that the U.S. has taken undeniable steps to weaken Iran and its militias in the region. Trump withdrew from the Iran nuclear deal which his predecessor, Barack Obama, signed in July 2015, and imposed the harshest sanctions package on Iran last November. Similarly, Washington categorized the Iranian Revolutionary Guard as a terrorist organization last April. Washington also enacted a plan to zero out Iranian oil exports, which has reduced Iranian financial support of Hezbollah from $800 million in 2016 to only $100 million in the first half of 2019, according data from the U.S. Treasury, which imposed sanctions on companies and individuals tied to Hezbollah and the Iranian Revolutionary Guard in Latin American and Africa. Iranian oil exports have declined from 2.5 million barrels per day in 2017 to less than 370,000 barrels per day in 2019. Iranian oil is sold for less than the international price to Syria and China, which means that the U.S. vision is producing practical results on the ground. Whenever Iran delays compliance with U.S. demands, the Iranian economy is affected, and pressure on Tehran increases.

Whatever is feeding Iranian delusions that the U.S. will not attack Iran or its militias is wrong. A statistic from last May stated that 240 Iranians were targeted in Syria, which confirms that the U.S. can fight Iran with aircraft belonging to other nations. In fact, strikes against Iranian proxies have expanded from Lebanon and Syria to Iraq with devastating strikes on the Popular Mobilization Forces, and all of Tehran’s plans to relocate factories that produce precision guided missiles from Iran to the southern suburbs of Lebanon have failed. Moreover, the primary goal of U.S. bases in Iraq and Syria is to surveil Iranian activity.

Despite the multifaceted nature of U.S. strategy, there is information that the U.S. is thinking about a new, innovative method for “deepening the pain” on Iran in the near future, and the next phase lasting through 2020 will include new measures. Does this represent a qualitative development in the American strategy for dealing with Iran?

Take The Fight to Iran

In recent weeks, following the downing of the U.S. drone in the Gulf, the Trump administration requested a set of options preferable to war and received many ideas. The majority of these plans revolve around the need to take the fight to the Iranian interior. The reasoning is that the impact of extreme sanctions may take a year or two to force Iran to retreat from its current strategy. Likewise, Iran and its proxies are carrying out inexpensive operations like using drones, oil smuggling and trading oil for gold along the Iranian-Afghan border that may postpone the deadly effect of sanctions on the regime in Tehran. Taking the fight to Iran is the accepted method in the U.S. for speeding up the economic sanctions and achieving results , a method that is preferable to war. Therefore, the new U.S. strategy may take the fight to Iran, which will add to the pain of Iranian proxies abroad and new pressure at home by working with marginalized Azerbaijanis, Baloch, Ahwazi Arabs, Kurds and others.*

*Editor’s note: The Baloch are an Iranian people who live mainly in the Balochistan region of the southeastern-most edge of the Iranian plateau in Pakistan, Iran and Afghanistan as well as neighboring regions.