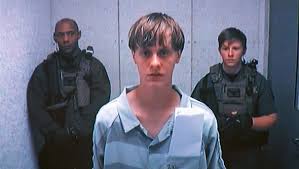 Yesterday’s shooting in the United States could just be one more in the long list of gun massacres that occur regularly in the country. However, this one dangerously stands out among the rest. President Barack Obama realized this, and it was reflected in his worried expression.

Unlike the massacres in Columbia* or Connecticut, led by adolescents with mental problems which stemmed from teasing by classmates, yesterday’s killing at a Charleston, South Carolina church, also at the hands of a youth, was motivated by racial hatred.

Before opening fire at the parishioners — killing nine, among them a Methodist pastor —Dylann Roof told his victims why they were being sentenced to death: “I have to do it. You rape our women and you’re taking over our country, and you have to go.”

What Roof said is extremely serious; he was so conscious of its gravity that he let three people live in order to transmit the message to the world. How could a young, white American, barely 21 years old, poison himself with such ancestral racial hatred, in the midst of the 21st century, that he could cold-bloodedly shoot black individuals who were praying? It is not only terrible, as Obama highlighted: “[…] once again, innocent people were killed in part because someone who wanted to inflict harm had no trouble getting their hands on a gun.” It is also very grave that a part of the white population — journalists, politicians, policemen and ordinary citizens — have declared war on the black minority.

The response, or at least one of them, is precisely that a sector of that white population has not accepted the fact that the president of the United States is black and feels that it is “condemned” to live in a multiracial country, which threatens the hegemony that they have always enjoyed. What does “[Y]ou’re taking over our country, and you have to go” mean?

Beyond repeating the litany of remarks condemning the lack of gun control, which occurs after the latest killing, in this case, we need to analyze why a young white man, who received his first gun when he turned 21 years old from his proud father, decided to embrace the hatred held by white supremacists and go out and kill at a church frequented by blacks, something that happened in the darkest years of racial segregation.

The backstory of this entire tragedy is the continual incitement to hate on channels such as Fox News, which, when it found out about the tragedy in Charleston, preferred to focus on Donald Trump’s plan to become president; Trump, who as a “a good patriot,” declared that Mexican immigrants are “bringing crime. They’re rapists.” The assassin at the church also mentioned “black rapists.” This is how the hate that becomes tragedy develops. Let’s hope that some mentally disturbed person does not dedicate him or herself one of these days to shooting Mexicans just because they are “rapists.”

*Editor’s note: It’s possible the author is referring to Columbine.