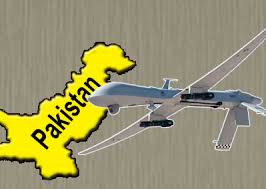 Four former drone operators have said that extremism has increased further across the world because of U.S. drone attacks on suspected terrorists. In an open letter to President Obama, Secretary of Defense Ashton Carter, and CIA Director John Brennan, they said that their involvement in the killing of innocent civilians has subjected them to severe mental stress.

It is true that the objective of war is to destroy the enemy, but even war has certain principles. According to the United Nations charter, drone attacks may be used only against those countries against which war has been openly declared. The U.S. is also using drones in Pakistan, Yemen, and Afghanistan, countries with which it is not at war. Pakistan is actually America’s frontline ally, yet drone attacks are carried out in this country against its wishes. Pakistan has raised strong protests against this several times, but no change has been made in the U.S. activity.

Innocent people, including children and women, have also been killed in these attacks, in reaction to which extremism has increased. This is also what the operators are saying: Drone attacks on innocent civilians have fostered hatred, and this has served to strengthen groups such as the Islamic State group.

The U.S. should change its policies and the strategies that are making it the target of hatred. It should cease its drone attacks on a permanent basis.