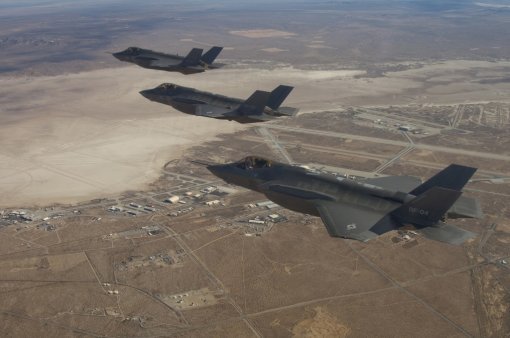 If this really is the case, the national defense plan, to develop KFX with Korean technology by 2025 to replace aging fighter jets, will inevitably face setbacks. DAPA, the military and the Blue House* have tried to hide mistakes and deceive citizens in the past when attempts to transfer technologies for the KFX project went wrong. DAPA has faced criticisms in the past for failing to transfer key technologies. It received an indulgence of sorts from President Park Geun-hye after the president delivered an optimistic speech on developing KFX using homegrown technology in a face-to-face meeting last month. It seems the effort was for naught.

Chang Myeong-jin, the head of DAPA, guaranteed the development of KFX in an interview yesterday with the media, saying “[he] will take charge of the KFX project and work on it for the next ten years if told to do so.” He claims Korea can develop the key equipment the U.S. has refused to deliver, such as active electronically scanned array radar, on its own. He also claims Korea can definitely acquire the system integration technology for loading and utilizing these key technologies on aircrafts. But if Korea holds onto baseless optimism, like Minister Chang, and then fails to even transfer the system integration technology for twin engines, it will likely face difficulties in the initial designing stage, before even reaching the key technology development stage. With President Park scolding DAPA about the need to “explain the KFX project accurately to the citizens so that they will not have questions,” DAPA should not try to avoid the current trouble by offering false excuses, as it has done in the past.

To come up with a solution, our government first needs to accurately identify the rationale behind the United States’ resistance toward the technology transfer. Some have observed that the United States’ defensiveness is because the U.S. regards Korea as a competitor in the aerospace industry, following Korea’s development of the T-50 supersonic advanced trainer jet. Another perspective suggests it is in response to Korea’s recent and quick lean toward China, with the United States creating obstacles as a way of taming Korea. Korea must go beyond the simple frame of military technology cooperation and carefully diagnose the issue within the framework of Korean-U.S. relations as a whole to come up with an appropriate solution.

Han Min-gu, the secretary of defense, handled President Park’s visit to the United States last month to facilitate the transfer of the key technologies for KFX. He faced rejection after requesting the cooperation of the United States Department of Defense. It is almost as if President Barack Obama indirectly said “no” to President Park. The setbacks facing the KFX project are raising many concerns about the state of air defense in 10 years, but what may be more serious is the weakening of the Korea-U.S. alliance.

* Editor’s note: The Blue House is the presidential office and residence of the South Korean president.