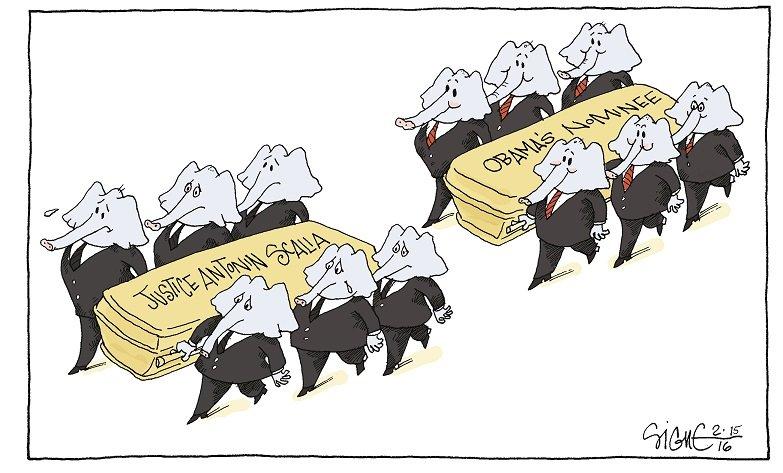 The Republican candidates for the White House are determined to prevent Barack Obama from designating a successor to the Supreme Court Justice Antonin Scalia who died on Feb. 13. Their fear is to see a liberal replace a conservative. However, an editor from the Washington Post mentions that the Republicans are playing with fire and should instead think of what Justice Scalia himself would do.

In Kathleen Parker’s opinion, he would have read Article II Section 2 of the American Constitution which states that the president proposes a candidate and the Senate must then decide. But apparently that’s not what the Republicans understood. Donald Trump was first in line to declare, barely 24 hours after the judge was declared deceased, “we should delay” the nomination until after the elections. This celebrity would have probably led the justice to think before his death how “childishly amusing” the candidates are. Certainly the judge would have included the political reasons for this position, but not the arguments, especially the one who wants to give the last word to the people. On the one hand, the law is clear. On the other, the people already decided by re-electing Barack Obama to the presidency of the United States. The stakes are high because it’s probable that three judges of the Court, at the same time guardians of the Constitution, will give up their seats during the next presidency. This would leave four vacant seats out of nine. But, for the journalist of the daily newspaper, who is generally more democratic, it seems difficult on one side to claim Judge Scalia’s legacy while, on the other, ignoring what the law says.