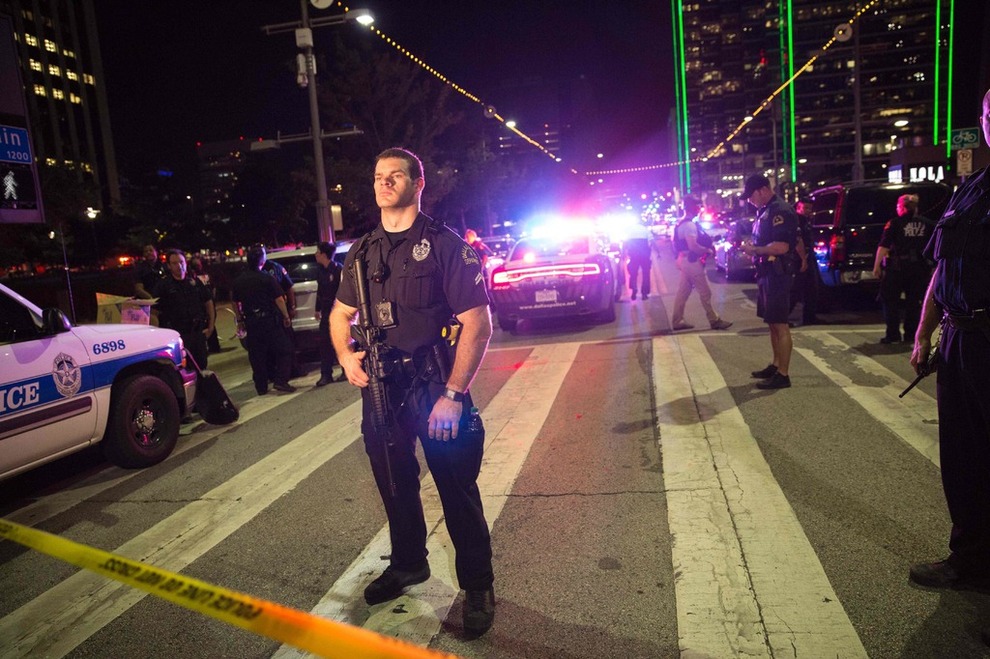 The sniper aimed at the police. But the killings also affect the issue the demonstrators are fighting for.

A strong nonviolent grassroots movement has arisen in the U.S. protesting the numerous deaths of young black people during encounters with the police. There were demonstrations in many American cities last night after incidents in both Minnesota and Louisiana. The protests were loud and passionate, but everything was calm. Except in Dallas.

Five police officers died in the center of America’s ninth largest city. Not since 9/11 have so many American police officers been killed at one time in the line of duty.

The shooting in Dallas has changed everything. It affects the peaceful struggle for minority rights. It hurts anyone trying to make society better. Violence invokes the memory of a dark American past, with racial tensions and deep division.

Dallas Will Affect the US Presidential Campaign

The political debate this election year is already characterized by harsh rhetoric, entrenched positions and increasing polarization. There is an obvious danger that the shooting in Dallas could lead to more violence and increased conflict. It is up to politicians, civil rights activists and local governments to show leadership, and in word and deed prevent a dangerous escalation of the conflict in a heavily-armed nation.

The struggle for civil rights in the U.S. was won over 50 years ago during the contentious and polarized 1960s. The use of peaceful means was the civil rights movement’s great strength. It is a frightening paradox that the opposite has again surfaced while Barack Obama, the country’s first black president, is in the White House. Legally, black Americans and other minorities have equal rights, but in practice, many still face discrimination.

This is what Obama calls an American issue. It’s not just an issue for blacks or Latinos. It’s a social problem. The president has pointed out that there are large racial differences in the American justice system. Significant social and economic inequalities persist. But nothing has upset people more than blacks, most often young men, being shot by the police. Statistics show that African-Americans have a 30 percent greater chance of being stopped by the police than whites.

Obama called the attack on police in Dallas “vicious, calculated [and] despicable.”

By shooting policemen, the perpetrator, or perpetrators, attacked society. It is an attack on everyone, and on everything the United States wants to stand for.