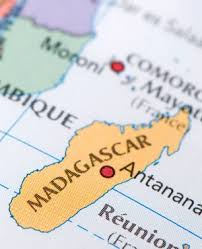 President Barack Obama is stepping up to the plate to support Hillary Clinton in her campaign for the presidency in November. The first non-white person in the history of the United States to have made it to the highest office has gotten his hands dirty in support of the person who will probably be the first woman president among the list of of 45 American presidents going back to the beginning of the United States.

“Yes, but they’re different, the Americans are too advanced for us to adopt their model.”

That is what you often hear here, as if the level of economic development is automatically applied equally to all citizens, among white and African-Americans, among men and women.

There is proof that this is an over-hasty prejudice: The recent emergence of the Black Lives Matter movement, which draws attention to the fact that even today, after a half-century of progressively earned victories in the fight for civil rights of black Americans led notably by Martin Luther King, Jr., there are still white police officers who shoot young, unarmed African-Americans for no reason. Worse, these officers who have killed innocent people are often discreetly transferred, protected by their hierarchy, and their crimes thus remain unpunished. And we believe that impunity is only found in underdeveloped countries…

Even concerning the equality of men and women, one only has to listen to the positions taken by Donald Trump, Clinton’s principal rival in the race for the presidency of the United States, to understand that equality is not an ideal shared by all Americans. The innumerable sexist remarks that he has made call to mind the indignant reactions of many Malagasy men when a woman dares to enter an election in their village: “F’angaha dia efa lany olomanga ny eto amin’ny tanàna?” (Have the elite disappeared from our village, then?) which means: Are we reduced to tolerating a simple woman? Trump, who loves to pose surrounded by Miss Universe pageant contenders, is the type of conservative man who thinks that the worth of a woman is measured exclusively by her physical qualities (his successive spouses are always models much younger than himself). Using this logic, it is unquestionable to entrust women with responsibilities; useless, even, to give them an overly advanced education.

These Africans Who Are More Progressive than the Vazaha…

That is to say that it is not because one is born American that one is necessarily in favor of equality, whether this be among the races or between the sexes; the two attitudes are generally held by the same people. Inversely, it is not because one is African that one is automatically conservative, because one is more attached to tradition. After all, Rwanda currently holds the global record in terms of equality between the sexes, ahead of the Norwegians, the Swedes and other Nordic populations, with a parliament composed primarily of female deputies. You may have heard conservatives denying the value of the efforts afforded by Rwanda in asserting that men had become a quantifiable minority following the genocide at the beginning the of 1990s. False. In traditional warfare, it is effectively the men who kill each other; but in a genocide, where the goal is generally “ethnic cleansing,” that is to say when it is about preventing a given society from surviving and reproducing, it is the women and children who are preferred targets.

Finally, there are no white societies that are, in essence, superior. American society has become what it is today thanks to courageous struggles like, for example, those of the Quakers (whom we call “Frenjy,” one of the three entities comprising the Church of Jesus Christ in Madagascar since 1968) who have had female pastors since the 18th century and who organized the escape of black slaves from the South to the North. And Obama continues to say this in these last months of his presidency: It is necessary to fight, tirelessly, against sexism and for equality of the sexes, against racism and for equality of the races.

Ultimately, beyond the specific characteristics brought about by the history of each society, there are, in Madagascar as in Rwanda or the United States, conservatives operating on hierarchical prejudices who believe that men are superior to women, the Vazaha to the Gasy, the Merinas to those who live on the coast and that social order should be natural and thus immutable on the one hand. And on the other hand, you have progressives who believe in the ability of the human spirit to build a more just society. In Madagascar, these latter ones must become inspired by progressive actions led by the United States, Rwanda or elsewhere, as in our own history, in order to defeat a paralyzing conservatism.

Editor’s note: Vazaha is a Malagasy word that means stranger or foreigner.