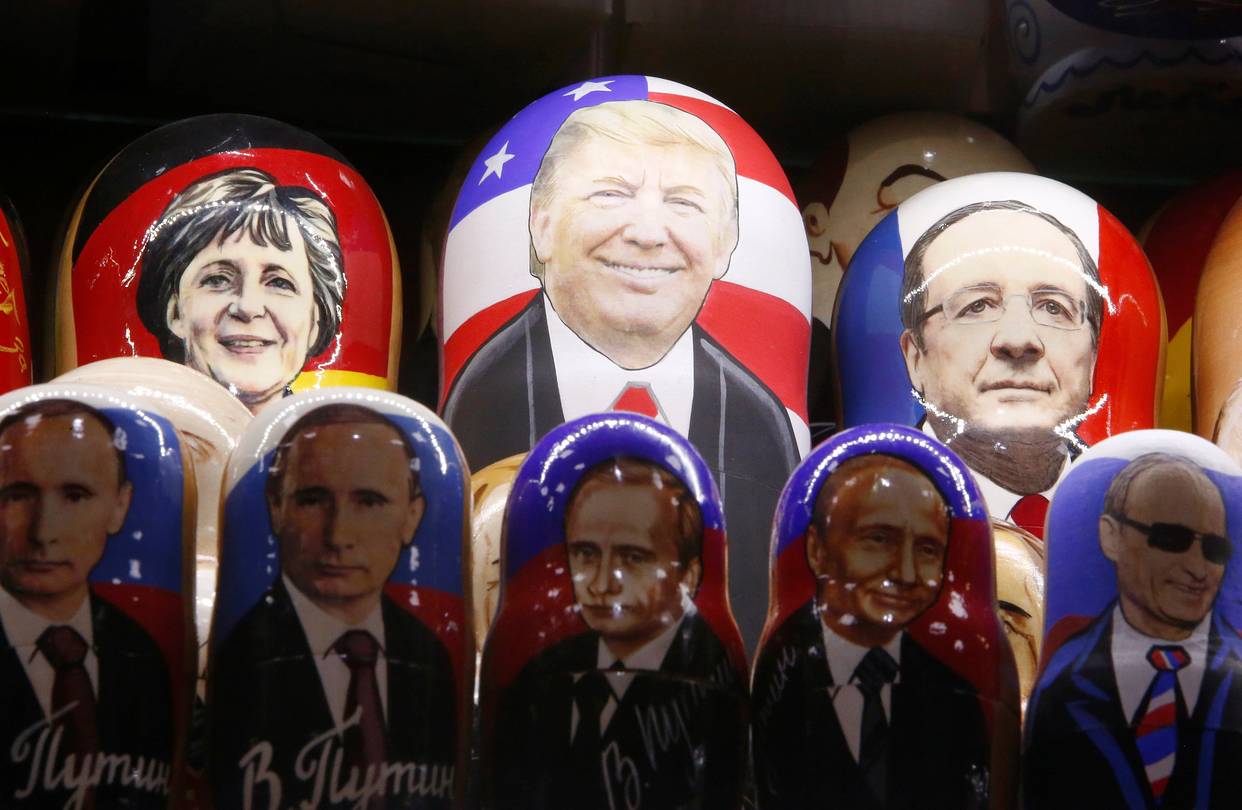 Take note, please. Europe is at the greatest risk. It has suffered a great number of missteps over the past decade — missteps for which it will now pay with the “Trumpification” of its politics in France and Germany.

At the end of 2015, varying institutions released lists in which they described their worst nightmares for what possibly lay ahead in 2016. Three risks — things they also referred to as “black swans” given the unlikelihood of their coming to pass — were particularly fearsome: Brexit and a European crisis, financial pitfalls and an economic downturn and, finally, the election of Donald Trump and a globalization crisis. These scenarios were extreme, they admitted, and quite unlikely to happen. Now, with barely a month and a half left to see what else could go wrong this year, the picture isn’t looking bright.

Bloomberg, having conducted surveys of top business leaders, compiled one such ranking of nightmare scenarios, releasing a graphic illustrating their calculated effects. The three worst-case scenarios were: an attack carried out by the Islamic State against Middle East pipelines, which would have caused the price of oil to rise; Brexit; and a destructive cyberattack directed at an international bank.

The election of Trump, they maintained, would only be viable if Hillary Clinton dropped out of the race. Such an occurrence would cause great uncertainty and benefit the military industry, signal a reset with Russia insofar as a new Cold War, shifting the focus instead to the Pacific, and provoke unforeseen consequences for the international community — but this was all still in the realm of the impossible. In the European Union, the nightmares were Great Britain’s exit from the EU, the weakening of Angela Merkel, and the decline of the European Central Bank insofar as monetary expansion policy was concerned. With respect to the economy, the worst-case scenarios were weak economic growth in China and the acceleration of global warming and its devastating effects on agriculture and access to water. Other possible flashpoints included Brazil in the event of President Dilma Rousseff being impeached and Venezuela should its crisis continue. As it’s plain to see, these nightmares came to pass.

Yet another institution that released its own possible worst-case scenarios was The Economist. The very worst, they said, however improbable it might be, would be the election of Trump, something that would destabilize the global economy. The European Union would disintegrate, they went on, if the United Kingdom left, if the refugee crisis created new internal tensions that affected Merkel, and if Greece was pushed outside of the eurozone.

We already have our hands full with all of this — but things could get worse.

First of all, on the European crisis. Walls have been constructed to keep out refugees, xenophobia is on the rise, former Prime Minister David Cameron went forward with his British referendum venture and Greece has undergone a bloodletting. But there is more to come. Italy has a referendum and Austria has elections in December; France and Germany have their own elections in 2017. Each one of these events would serve only to accentuate the European crisis.

Second, moving on to Trump’s victory. It poses an immediate danger, as he seeks to renege on the Paris Agreement regarding climate change. If you look at the government taking shape, moreover, where the power of Wall Street sharks and the surge of conservative prophets are once again becoming quite conspicuous, you’ll perceive what is to come: a miraculous gift from heaven both for finance and neoliberalism married to authoritarianism like never seen before.

Still, there’s one nightmare that we’re overlooking: a new financial crisis. The question isn’t whether it will happen but when it will happen. Increases in financial market volatility as well as an accumulation of debt are the consequences of a dangerous policy: that is to say, the policy by which the ECB has poured out money, valuing actions over investments, while negative interest rates have compressed bank margins and stimulated new, risky financial operations, the best known of which has been Deutsche Bank, with the notional value of their derivatives being larger than the value of global gross domestic product. In other words, the solutions to our problems are, in fact, the problem.

Having reached the end of 2016, we now have a worldwide crisis and zero capacity to respond to a recession, with central banks unable to do anything. Take note, please. Europe is at the greatest risk. It has suffered a great number of missteps over the past decade — missteps for which it will now pay with the “Trumpification” of its politics in France and Germany.