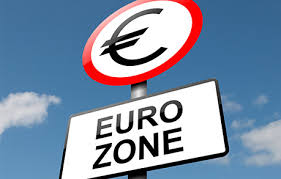 While the inauguration of Donald Trump will take place a little more than a month from now, French business owners will, at the same time, need a strong and fiscally unified eurozone and will need to work on their development strategy and their business models so that their companies continue to perform without being brought under the American flag.

The Americans have chosen: Donald Trump will be their next president. This election will have direct repercussions for our small and medium enterprises if Europe does not react quickly now. The policy that will be put in place across the Atlantic as of Jan. 20, 2017 will be turned toward the internal American market with the desire to boost the domestic economy and create jobs in the United States. An increase in taxes on imported products is expected as a very short-term, direct consequence. The rate applied to Chinese imports has already been raised by 45 percent. For their part, the North American Free Trade Agreement and the Trans-Pacific Partnership agreements will, without doubt, be very quickly renegotiated by the new Trump administration. This is without counting the uncertainties of support from the United States in the World Trade Organization.

Do Not Remain Forgiving Spectators

In the end, the global economic playing cards will be reshuffled in light of “Trumponomics.” In light of these predicted developments, it would be counterproductive to remain forgiving spectators. This would mean mortgaging the potential growth of our small and medium enterprises, all while rolling out the red carpet in France for their American competitors. In particular, this risks encouraging an even greater number of our businesses to allow themselves to be seduced by the sirens of American wealth and to fly a different flag. Yet, we cannot be pleased to see French businesses, which have the potential to become global leaders, giving in to foreign financing (compare, point of view of August 2016).

The Urgency To Enter into Battle Position

It is therefore of the utmost urgency to act on and against the new accounts of economic powers, which are going to be implemented, not only due to the arrival of Trump as the leader of the United States but also following the vote for Brexit in the United Kingdom, both of which will have repercussions on the rules of global commerce.

First of all, it is essential that we create a strong eurozone with a unified tax system in order to level the playing field with the Americans during commercial negotiations. We must not, in any case, decide to accept that French products and services can be heavily taxed in order to be sold to the United States without American products being taxed in the same proportions in France. Additionally, a strong eurozone will contribute to an increased validation of our companies on the stock markets when facing their American competitors.

Encouraging Exchanges with Other Regions of the World

Another point to work on: We must find measures that encourage trade exchanges with other regions of the world, as has been done with Vietnam, a country that has experienced a growth of 6 percent each year.

Regarding entrepreneurs, starting today they must anticipate this new global balance of business. Two points should immediately get their attention. First and foremost, they will have to question their development strategy by asking themselves if it is adapted to the new macro-economic context. They will have to ask themselves in particular why it is imperative to grow their business in the American market, or even to establish it there, by identifying what they would have to do there and under what timeframe. Then they will have to adjust, or in certain cases, completely rethink their business model so that the latter is efficient when facing the new competitive order.

We can see that Trump’s arrival as the leader of the United States will impact the economic balances and practices of a large number of players. It will not only require political leaders to make strong decisions across the European Union, but it will also require French entrepreneurs to project themselves differently, to rethink their businesses and to enlist in a process of continued transformation, which includes changes to the economic environment to make them drivers of growth and not ones who curb development, in order to emerge rejuvenated and even stronger and moreefficient.

So, let’s not hesitate any longer: GO GO GO!