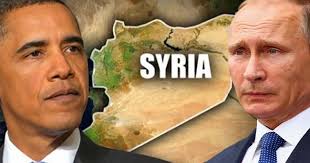 The fall of Aleppo comes with a human tragedy that certainly makes it possible to develop a coherent argument for humanitarian intervention. This turn in the Syrian civil war does not, however, showcase the decline of American power. Neither does it signify an irrefutable victory for Vladimir Putin’s Russia.

The Obama administration didn’t initially think that Bashar Assad’s regime would resist the wave of the Arab Spring. While the Damascus regime opted for a bloody military repression of the opposition movement, Barack Obama hesitated to support the different rebel factions and ultimately decided against resorting to military force, even after chemical weapons were used on the civilian population.

This choice of nonintervention has sparked new criticism in the past few days. French President François Hollande, for example, didn’t fail to remind us that his fighter planes had been ready to punish Assad at the beginning of September 2013. Punishing a regime that’s cruel to its population isn’t a very complicated undertaking for Western powers, with the U.S. at their head.

The Non-Cost of Indifference

As Afghanistan demonstrated after the Taliban’s fall, Iraq after the overthrow of Saddam Hussein, and Libya after Gadhafi’s elimination, rebuilding a deeply divided country isn’t one of Washington and its allies’ strong points. In the case of Syria, intervention supporters haven’t yet put forth a believable scenario that enables a peaceful political order to emerge after more than five years of particularly grueling civil war.

Neither America’s credibility nor its influence will be affected by its lack of action in face of the Syrian crisis. Since the end of World War II, there have been numerous examples of Washington turning away from large scale humanitarian catastrophes without injuring the United States’ reputation or preventing it from maintaining liberal, international order.

The partition of the Indian subcontinent in 1947 led to more than a million deaths and a flow of some 10 million refugees. Washington did not intervene, which did not prevent it in the slightest from creating NATO or putting a containment policy against the USSR into place. In 1994, the Clinton administration’s passiveness toward the Rwandan genocide didn’t put into question the all-powerful moment the U.S. experienced when largely dominating the international scene after the break-up of the Soviet Union. Indifference to 5 million dead in repeated conflicts shaking the Republic of Congo isn’t a prelude to the decline of the United States. The same goes for South Sudan, already named the next stage for large-scale civil massacres.

For Putin, a Pyrrhic Victory

In addition to moral negligence, America’s inaction in Syria will have sanctioned Russia’s triumphant and destabilizing return to the international stage. Russian forces have undeniably played a key role in the taking of Aleppo, thereby allowing Assad’s regime to once again control the “useful” part of Syria. In fact, Putin will be an indispensable player when it comes to discussing Syria’s political future. Moscow will also have secured its only naval base in the Mediterranean and will even be able to set up a listening post in the Middle East.

Beyond that, what is the strategic gain for Vladimir Putin? Syria is a country in ruin, more divided than ever and with half of its population displaced. The Damascus regime’s legitimacy is considerably weakened and it faces a radicalized rebellion launched from within guerilla operations. Putin was a de facto accomplice in war crimes. Is his image on the international stage really more positive than it was in the wake of the Olympic games in Sochi?

Feared for its interference in electoral processes, this newly influential Russia could serve to solidify disoriented Western powers and, who knows, cause Europeans to overcome their internal disagreements and make the EU a veritable powerhouse, notably on the military stage. Such an evolution would certainly make the next White House resident happy and strengthen NATO.

In the case of Syria, President Obama can be reproached as having shown cold indifference toward a major humanitarian crisis and as having harbored illusions about the chances of a diplomatic solution co-piloted by Russia succeeding. But faced with the chaos the Middle East is currently submerged in, he was wise not to involve the U.S. in another military venture in the heart of a region it doesn’t know very well and in which it’s becoming less and less interested. Now Donald Trump will have everything to gain by admiring his friend Vladimir’s engagement in Syria. American power will be spared by this “deal.”