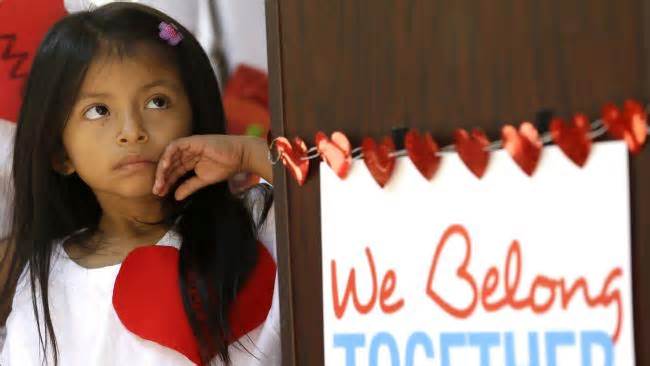 Only “Dreamers,” who arrived as children, are safe

New and stricter rules for illegal immigrants; immigration officers, customs officers and border police will deport anyone who is guilty of even the most minor criminal offenses. The Deferred Action for Childhood Arrival program remains intact.*

The Department of Homeland Security will employ 5,000 border security agents and 10,000 customs officers. Donald Trump has tried once again to tighten the rules on deporting individuals living in or entering the country without legal permission by imposing a clampdown even on those who have committed minor offenses.

Secretary of Homeland Security John Kelly has issued two new orders legalizing a drastic cutback on the number of individuals in the country illegally, putting almost half of the 11 million immigrants in the U.S. without legal permission estimated to be living in the U.S. at risk of deportation. The new “orders” explicitly state that border patrols and immigration agents are to deport any immigrant found to be in the country without legal permission as quickly as possible, except for children.

The priority of the immigration officers, customs officers and border police will be to remove anyone who is guilty of a criminal offense. The priority categories have now been broadened to include those guilty only of immigration-related offenses, such as having used false documents.

The memorandum therefore eliminates the recommendations in effect during the Obama administration, which focused its efforts on immigrants living in or entering the country illegally who committed serious crimes or posed a threat to national security. The previous administration also tended to devote more resources to individuals who had just crossed the border.

Only one thing remains: The Trump administration will leave the existing protection for so-called “Dreamers,” i.e. immigrants who were brought into the country as children. This was highlighted by the Department of Homeland Security. The program, known as Deferred Action for Childhood Arrivals, provides those persons who are living in or entered the country illegally with work permits and immunity from deportation.

Apart from those who have committed crimes, who are now a priority, anyone without a proper permit could be jailed or immediately sent back to Mexico, where they must await a court hearing. “With very limited exceptions, the DHS will not exclude classes or categories of aliens to be sent back home” because “all those who have violated the Immigration Act are subject to legal procedures, until they have been deported from the U.S.” the DHS order specified. Kelly also initiated the design and construction of a wall along the border with Mexico, as promised during Trump’s election campaign.

Meanwhile, hospitals and the American public health system fear a harsh backlash following the so-called Muslim travel ban, which is now being rewritten by the Trump administration. The hospitals and public health system are at risk because there are approximately 15,000 doctors in the U.S. who were born in the seven banned countries, given that generally one in four doctors in the U.S. is of foreign origin.

There is also concern around the Feb. 22 deadline for selecting doctors who have already graduated and qualified abroad, waiting to work in American universities and clinics. “International medical graduates are a very important part of the American health system,” said Andrew Gurman, president of the American Medical Association. “In many places, the international medical graduate physician is the medical system. So people should be very concerned about this.” [Every doctor in the U.S. attends to, on average, between 800 and 1,500 patients a year. The impact of having 15,000 doctors less could affect millions of Americans.

*Editor’s note: Persons staying in the United States under the Deferred Action for Childhood Arrivals program are protected from deportation for two years and allowed to work.