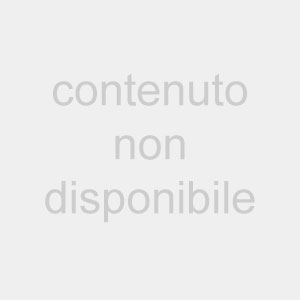 The Republicans had no choice but to withdraw the bill that would have repealed Obama’s health care reform—a reform that, despite its defects, also contains many advantages for U.S. citizens. However, Trump is now left without an important political trophy.

From the point of view of “his people,” Donald Trump has suffered his first serious defeat. He has been forced to withdraw the plan for a health care counter-reform that was supposed to erase the new system Barack Obama introduced in 2010. This debacle took place at the end of a hectic day characterized by divisions among Republicans. The withdrawal of the bill ordered by Trump was the only possible choice, made in an atmosphere of chaos, a few minutes before Congress started voting. By then, there was no doubt that the law was going to be rejected.

The Democratic opposition rejoices as the Republicans have defeated themselves in an internal war among the party’s factions. When put to its most critical test, the president’s authority was not sufficient to bring the party together again. Now Trump and his institutional interlocutor, Speaker of the House Paul Ryan, must pick up the pieces and start again from scratch. The president is trying to conceal this defeat by changing the subject: “I would say that we will probably start going very, very strongly for the big tax cuts and tax reform. That will be next.”

The failure on health care has political as well as practical ramifications. Let us begin with the latter: For the time being Americans are going to keep “Obamacare,” with its positives and negatives. The 2010 reform has resulted in a larger poll of insured people, with almost 20 million citizens receiving medical and hospital coverage for the first time. It has also prevented insurance companies from turning down clients with “pre-existing conditions,” a common practice before this reform. However, all of this comes with a high price, sometimes paid by businesses, other times by the citizens themselves. It also failed to impose price controls on insurance, on medical and hospital services, or on drugs.

The Republican alternative would have been even worse, as it would have damaged 24 million people (an independent estimate by the Congressional Budget Office), all in the name of restoring unrestrained market freedom. For example, the Republican bill would have erased mandatory insurance coverage for “essential health benefits”—basic services such as emergency hospitalization in the emergency room or childbirth costs. Which is why we can say that, overall, a bullet has been dodged, at least for now. Americans will keep the existing system, although it is much more inefficient and expensive when compared to the rich countries’ average, especially Northern European countries.

The political aspect is the most devastating for Trump, who has just made it past the first two months in the White House. Up to this point, the president had clashed with the “usual enemies”: the press, the Democratic opposition, judges and several foreign governments angered by his faux pas. Trump mostly kept the promises he made to his hardcore voters—the wall with Mexico or the order to seal off the borders, the dismantlement of measures for the protection of the environment, protectionist actions—and displeased everybody else. The health care debacle pits him instead against his own people, driving a wedge across the right wing. It also throws into doubt his alleged capacity for reforming Washington’s methods.

During his campaign, Trump depicted himself as the ultimate outsider, the anti-politician, the enemy of the governmental caste, the one who would set representatives and senators straight. He also boasted about his negotiating skills, like in his best-seller, “The Art of the Deal.” He promised to apply to politics the resolute and efficient methods of the businessman. He has failed a critical test, because the repeal of Obamacare is a trophy with a high symbolical value for the Republicans. A long time before Trump entered the world of politics, the tea party movement preceded him and cleared the way for him by organizing protests that marked a resurgence of the right.

The tea party had two sworn enemies: Wall Street bankers, bailed out with taxpayers’ money, and “Obamacare” health care reform. Back when he announced his candidacy in the summer of 2015, Trump was rather uncertain about “Obamacare” and did not wholly oppose it. As the election campaign wore on, he completely conformed to the tea party’s views and solemnly promised to destroy his predecessor’s health care reform. When the time came to act on this promise, the Republican Party split into two sides. One is the most inflexible side that wanted to wipe out every single modest kind of progress contained in “Obamacare.” The other side consists of the moderate members, who wanted to salvage the most popular aspects of the reform plan despite the cost to the public budget.

Trump thought he could overcome this rift with an ultimatum. On Thursday night, he called for forcing a vote in Congress without being sure that the numbers were on his side. Twenty-four hours later, once the defeat was official, the retreat started.* Now the president of snap decisions is back at square one, having accomplished nothing.

*Editor’s note: Republicans in the House of Representatives, short of support from their own party, withdrew the health care bill drafted to repeal and replace “Obamacare” and it did not come to a vote.