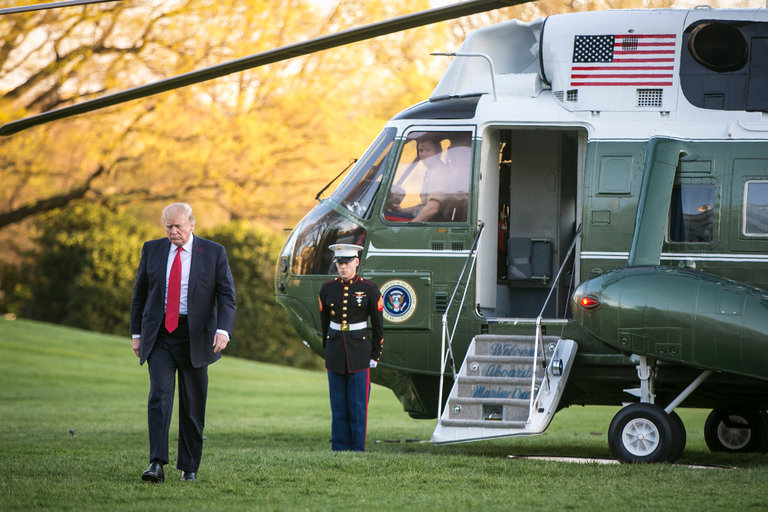 When Trump bombed a Syrian airbase with 59 Tomahawk cruise missiles, citing, without any solid evidence, that the country had chemical weapons, he managed to show off the value that America was number one, via a foreign target.

In theory, this assault fit America’s Middle East strategy: It should have been supported by the American elite, but some people weren’t happy, and one of them was The New York Times columnist Thomas Friedman.

On April 12, the Times writer published his column, “Why is Trump Fighting ISIS in Syria?” The column posed the bizarre view that America should ignore its long-running stance on international morality and justice, and that Trump should support the anti-government forces in Syria and retreat from the front lines of fighting the Islamic State. America should let the Islamic State fight it out with the Syrian government forces, Iran, Russia, etc. Friedman believes America does not need to act on its own to reap the benefits.

Friedman is not an unknown; his book, “The World is Flat,” was a bestseller and is considered the foundation for understanding globalization. Supposedly, reading the book will help one see the world in a global context, but his recent political recommendation exposed the calculating side of the American perspective.

To be precise, Friedman was talking about techniques and not strategy. America’s Middle East strategy is to keep America’s dominance in the region and to change the Muslim world. Both the Islamic State group and Assad’s Syrian government are American enemies. To Friedman, America should be the flag bearer but not the one charging ahead; instead, America should stand back and use more remote monitoring techniques. This way, America saves itself while still attacking its enemies, a win-win.

With Friedman’s writing, one feels that it’s not so much that Trump has been using the wrong technique, but that Friedman is too anxious. It’s like revealing the punchline to a joke before the joke is finished.

When Trump ordered the attack, the target was the Syrian government, and the mess was in Syria. If anyone should have been anxious, it should have been former American President George W. Bush when he ordered the American military to invade Iraq, but such an act was inevitable with the counterterrorism situation at the time. While Obama ordered the withdrawal of some troops, America didn’t retreat, it just raised the flag higher by using more remote war-fighting techniques. (Maybe he listened to people like Friedman.) It could be said that, now, America, the flag-bearer,is getting tired. The flag is still flying but it’s only because the flagpole is taller; America is now standing way back.

Trump made a lot of noise when he was elected, but the American military is not really charging ahead. Assaulting Syria used up some money and cleaned out the weapon warehouse a little, but the missiles only succeeded in further messing up Syria. Apparently America is good at fighting a little here and a little there, without aims or goals.

This article did remind us that American strategy has always been good at figuring out the best geopolitical advantage for itself, and that offshore remote control was essential. Maybe American soldiers won’t necessarily charge everywhere, but it doesn’t mean America is backing down. America is just getting better at using proxies and at adding complications to gain strategic interest.

When Friedman said the world is flat, he was looking at the world while standing on top of the highland that is America.

The author is a senior reporter with People’s Daily.