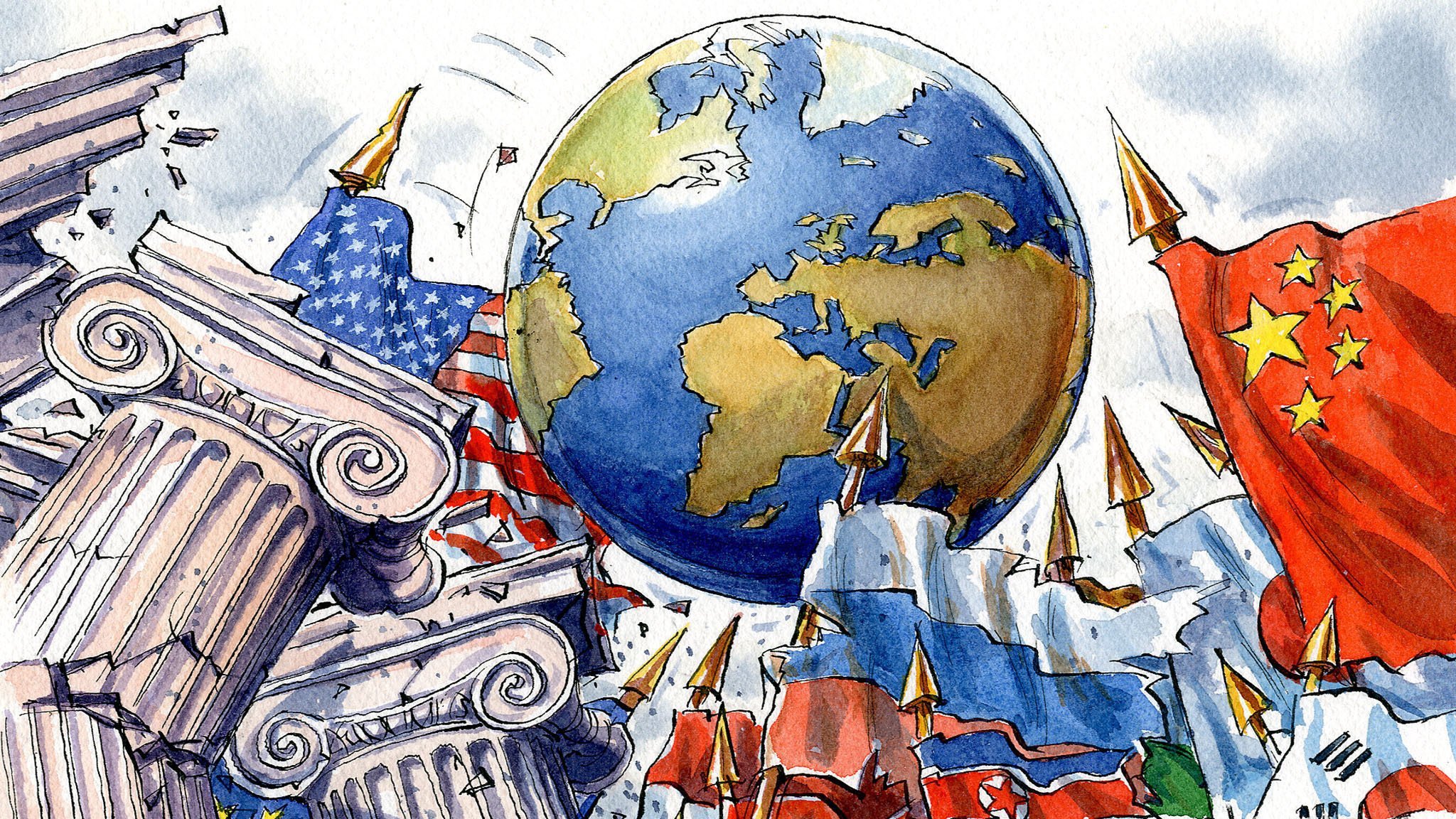 In my column last week, I discussed one of the biggest surprises of international politics in recent times: the decision of the United States to unilaterally cede its position of power in arenas in which it had previously enjoyed a clear leadership role. I ended that column by asking, who will fill these power gaps? I suggested that it would not be China. Nor do I believe it will be Russia. Well, then who?

When I wrote that column, I did not know that a few days later, President Donald Trump would announce his decision to withdraw the United States from the Paris climate accord, joining Nicaragua and Syria as the only two countries not to sign the agreement.

Trump’s decision is a stark display of that rare phenomenon when a superpower yields power without it being taken away by its rivals. Former Secretary of State John Kerry called it “a grotesque abdication of leadership.” Fareed Zakaria, a respected analyst, said, “This will be the day that the United States resigned as the leader of the free world.”

Reactions to the U.S. exit from the Paris climate agreement also reveal the beginning, but interesting, stages of change. Miguel Arias Cañete, the European Union’s commissioner for Energy and Climate Action, said Trump’s decision “has galvanized” Europeans, and promised that the void created by the U.S. would be filled by “a new, broad, and engaged leadership.” In the United States, three governors, 30 mayors, 80 university presidents, and executives from more than 100 large corporations announced that they would bring a joint plan to the U.N. for their country to meet emission reduction targets set out in the agreement, despite not having the government’s backing. Jeff Immelt, head of the massive General Electric Co., wrote on Twitter, “Disappointed with today’s decision on the Paris Agreement. Climate change is real. Industry must now lead and not depend on government.” And in China, Shi Zhiqin, a researcher at the Carnegie-Tsinghua Center, predicted, “While the Beijing government can only express its regret over Trump’s actions, China will maintain its commitments and cooperate with Europe.”

Thus, leadership in this field is moving from the White House to regional and local governments and to civil society. And from the United States to Europe and China.

But the fight against global warming is not the only area in which the U.S. is relinquishing its international leadership. Another very important dimension is Europe. Angela Merkel explicitly made this point after her recent interactions with Trump: “The times in which we can fully count on others are somewhat over, as I have experienced in the past few days. We Europeans must really take our fate into our own hands – of course in friendship with the United States of America, in friendship with Great Britain and as good neighbors wherever that is possible with other countries, even with Russia. But we have to know that we must fight for our future on our own, for our destiny as Europeans.”

It is an interesting irony that, unintentionally, Trump may be contributing to the geopolitical resurgence of a Europe that has been burdened by economic and institutional problems, the immigration crisis, as well as by Islamic terrorism and Russian expansionism. But even more important is the space open to China to take advantage of the vacuum left by the withdrawal of the United States.

A widespread expectation is that China is destined to replace the U.S. as the dominant power on the planet. The decline of U.S. influence predates Trump’s arrival, although his first decisions, such as withdrawing the U.S. from the Paris climate agreement and also the Trans-Pacific Partnership, suggest that his actions will accelerate the loss of his country’s international clout.

Will China then become the new hegemonic power to dominate the world?

That expectation ignores important realities that limit potential for dominion of the Asian giant. While China is an economic and military power, it is also a very poor country facing serious social, financial, environmental and political problems. Nor does its political model appeal all that much to citizens of other countries. This is not to say that China will not have distinct leadership on some global issues – such as climate change, for example, or huge ascendancy in parts of Asia – or that it will not take part in decisions that affect the whole world.

But it is one thing to “take part” in decisions, and something altogether different to be the one making them. Everything indicates that, as Zbigniew Brzezinski predicted, we have entered a post-hegemonic era in which no nation will have dominion over the world as it once used to happen.

From this perspective, the U.S. withdrawal does not entail it becoming irrelevant. It will not be the superpower it used to be, but it will not cease to have power either. The Pentagon, Wall Street, Silicon Valley, Hollywood, and U.S. universities will continue to be vast sources of international influence.

And the White House? Not as much. For now.