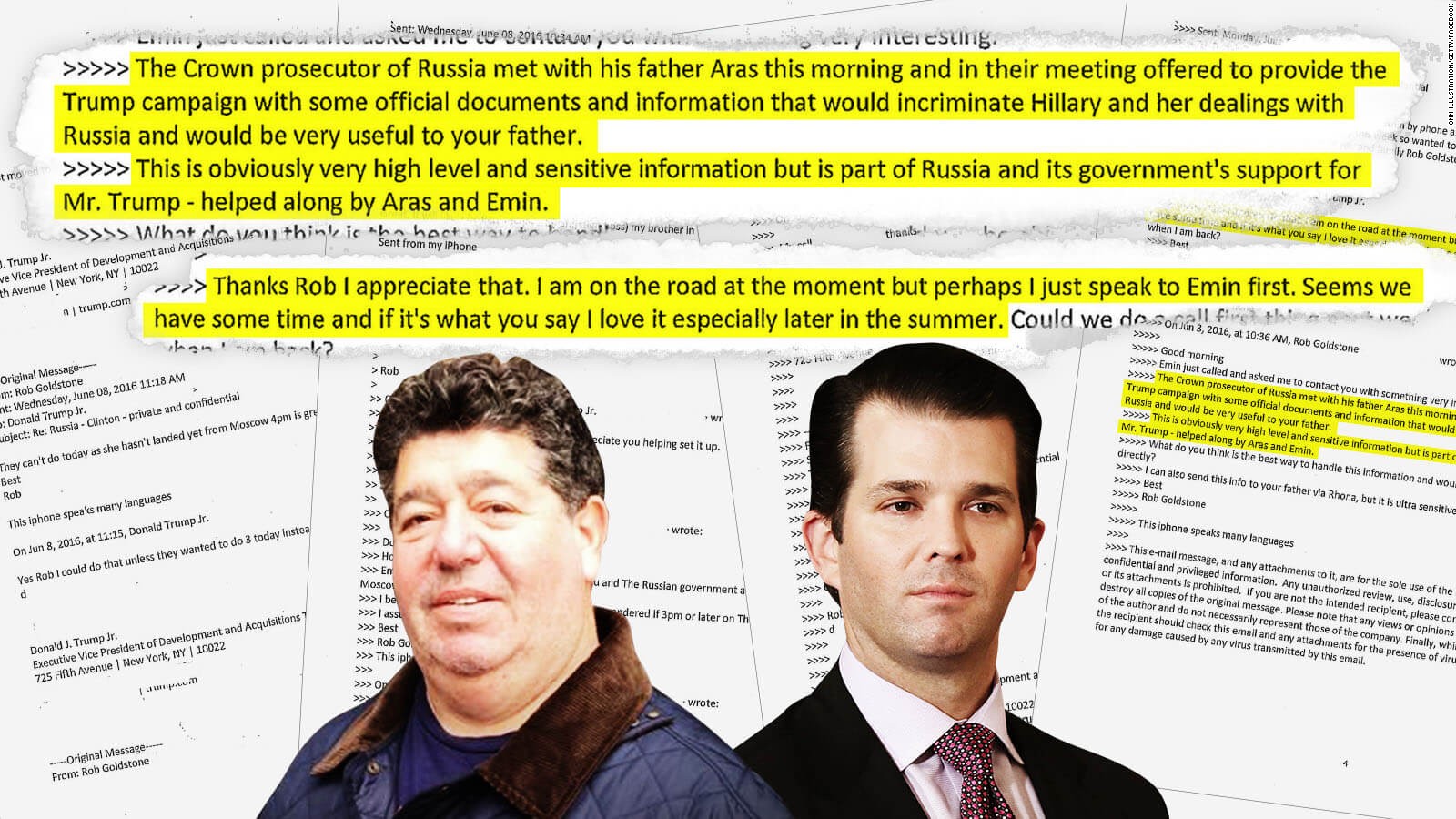 When Donald Trump as a Republican candidate appealed to Russian hackers to search for missing Clinton emails last August, it seemed like Americans would never forgive him. Not only are these hackers criminals, but they are spies from Russia, a hostile world power that is able to hurt worldwide American interests. However, according to the result of the 2016 election, U.S. citizens forgave Trump.

We now know that the history of the Trump team’s expectations that Russia would help is longer. This conclusion emerges from emails that were revealed to have been written by Trump’s son in June 2016. Their contents showed us that he was looking for dirt on Clinton.

“Russiagate” is growing increasingly larger every day. Trump must now fight accusations that he asked for Russia’s interference himself. If he does not succeed, it will be difficult to avoid impeachment. This would vindicate the dour thesis that emails play a very important part in the politics of the most powerful country on earth.

This political turmoil, countless American enemies and the Trumps’ behavior sap U.S. strength in the world. This is dangerous for all of Western civilization, regardless of the current American president’s views. The huge disorder in Washington has a positive side for Poland, though; Trump cannot support any Russian action now because he could be accused of Russophilia. Trump’s enemies, who consider Russia a threat, are keeping an eye on him.

Trump’s appeals to Putin’s hackers could have positive consequences when he is impeached. He would be replaced by Mike Pence, who is known for having a traditional Republican (distrustful) attitude toward Russia.