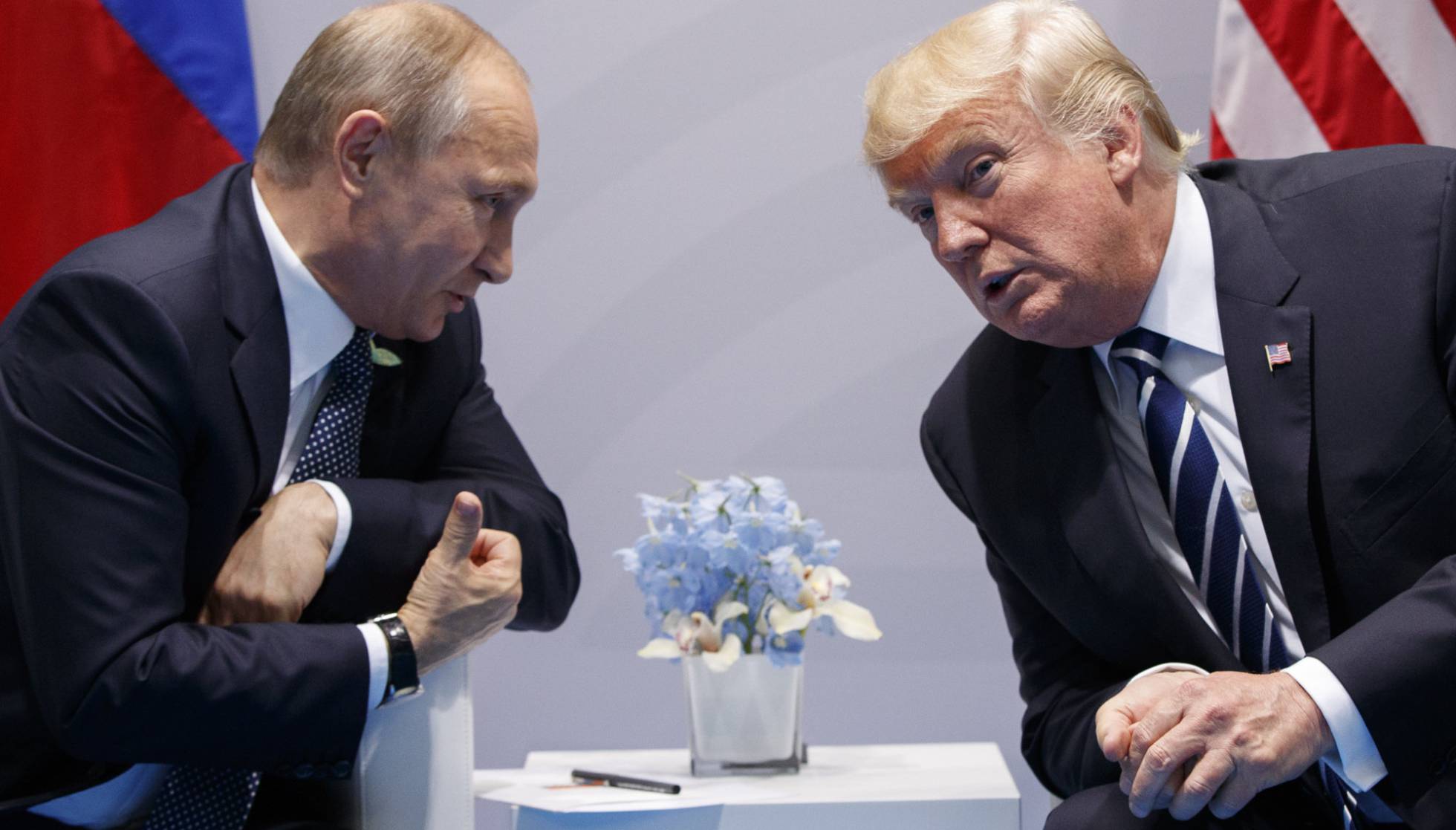 A long conversation between Trump and Putin, not disclosed until now, fascinates and scares the G-20

There is no week without a hassle, sometimes two. The failure of the Senate to annul former President Obama’s health care law and pass the health care reform that Trump promised during his election campaign and desired by his Republican supporters, was a domestic slap in the face, and a slap for the future of this presidency. The other external slap is the one-hour pull-aside meeting with Vladimir Putin, hidden from the public for 10 days, using only one Russian interpreter from the Kremlin and without witnesses, at the end of a dinner for the Group of 20 leading rich and developing nations in Hamburg on July 7.

These two bumps have converged in this besieged presidency. The endless patience that the Republican Party has with Trump has a limit: the legislative agenda. There will be a moment when the president’s failures will drain the Republicans’ patience, and they will abandon him, just like the four senators who have already deserted Trump’s health care counter-reform. The new episode of Trump’s turbulent relationship with Moscow, which already has three congressional committees and a special prosecutor on the investigative track, revives concern about the chaotic management of U.S. foreign relations.

What were Trump and Putin talking about for an hour at the end of the dinner? Only the Kremlin knows. The president’s spokesman said nothing until the news began circulating. It is also not known whether the president himself has communicated anything to anyone, even though on his return trip, he had a long and relaxed talk with the press.

Despite White House efforts to iron out the issue, there is nothing normal about an unsupervised meeting like that between Trump and Putin, on the same day he had another two-hour formal meeting with Secretary of State Rex Tillerson. It was not a journalist, but a political scientist, Ian Bremmer, president of the consulting firm Eurasia Group, who spread the news in his newsletter and explained it in detail to several radio and television stations. Bremmer got it straight from the mouth of some attendees, who were “flummoxed, confused and startled” by Trump and Putin’s long, unusual cordiality in a corner of the long table.

“Never in my life as a political scientist have I seen two countries — major countries — with a constellation of national interests that are as dissonant, while the two leaders seem to be doing everything possible to make nice and be close to each other,” said Bremmer.

This episode proves again that Donald Trump is out of control. The State Department, underfunded and with a reduced budget, hardly counts in foreign relations. The White House, where everything is decided, is in the hands of the family and its advisers, who mainly fight among themselves. Russia has already become the central issue of this presidency, as a result of interference in the elections, the ascendant Russian pressure group and, above all, Trump’s fascination with Putin whom he wants to please at all costs. This is the last, and perhaps the most outstanding enigma, the resolution of which will depend on the special prosecutor. Who knows whether or not the resolution of this issue can resolve all the rest.