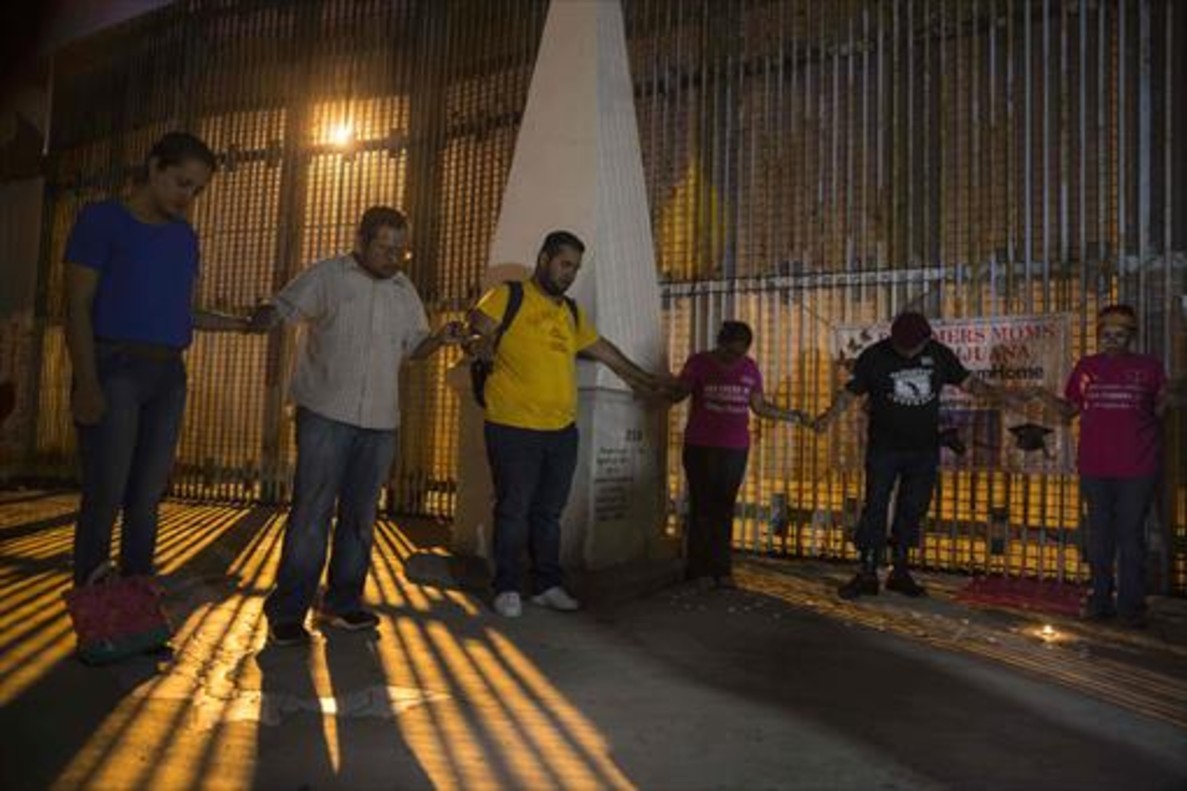 Was the United States not the country of opportunity and fulfilled dreams? Not with Donald Trump. He only has time for himself: to dismantle every vestige of Obamaism, to rescind all social spending destined for those most disadvantaged. We are moving toward an unkind America only for unkind Americans. The United States’ popularity in the world has plummeted with this president, from 64 percent to 49 percent. Distrust of Trump has shot up to 74 percent.

The embers of his reaction to the violence of white supremacists in Virginia are still alive. Equating neo-Nazis with anti-fascists has not left him well regarded by the Latino and African-American communities. In case his view of the law is unclear, he forgave the racist sheriff, Joe Arpaio, in the middle of the news about Hurricane Harvey, the one that flooded Houston, with the hope that it wouldn’t be noticed as much. It was noticed and the anger was great.

To a tense environment, Trump has added another ideological face: suspending the Deferred Action for Childhood Arrivals program. Almost 788,000 people who arrived in the U.S. before they were 16 years old are at risk of being deported within six months. Without DACA’s legal safety net, they are able to stay only at the discretion of the authorities. The president has never hidden his objectives of expelling all undocumented immigrants (11 million) and finishing constructing a wall on the border with Mexico so that they do not return. The subject of who will pay is avoided.

DACA began in June 2012. As well as favoring legal stays in the U.S., it offered help in obtaining education, work permits, driving licenses (which serve as ID cards), and Social Security numbers. The beneficiaries are known as the “Dreamers.” They speak English, are integrated, some have served in the army or work in their communities’ social services. The U.S. is their country. It is where their teachers, friends, neighbors and their lives are based.

Eighty-four percent of “Dreamers” are Latinos. More than half of those that benefit from the program come from Mexico (439,000). Some come from Guatemala, El Salvador and Honduras, countries which have suffered civil wars and atrocious dictators, where tens of thousands of people have disappeared, and of which the U.S. is not innocent. They gather in California, New York, Texas and Florida.

Trump has said (via Twitter) that they don’t have to be worried by this six month halt to the program, which is a cause for alarm. The deadline given by the president to find a solution will expire in March 2018. It is supposed that Congress will replace DACA with another similar program. The president’s verbosity does not encourage optimism in minority groups; whatever comes will be more restrictive. If there’s no agreement, 300,000 “Dreamers” could be deported in 2018. Another 320,000 would be at risk in the first half of 2019.

The facts show that DACA works. 65 percent of “Dreamers” continue in school: of those, 70 percent have jobs to pay for their studies. Thanks to this program, they have been able to improve their skills and earn more, from $10.29 an hour to $17.46. Twenty percent have enrolled in a university. Forty-five percent of DACA applicants are women. They are more constant than the boys. Fifty-four percent of them obtain a university degree.

The large technology companies such as Apple, Facebook and Google, among others, reject the suspension of the program. As does Harvard and some 500 other universities in the country. There is a great movement in the communities to defend “Dreamers.” Some 1,800 governors, attorneys, mayors, judges and police chiefs have signed a letter in support of DACA. The times of great mobilization have returned.

The speaker of the House of Representatives, Republican Paul Ryan, has announced that he would propose an agreement with the Senate that would guarantee continuity to the “Dreamers,” given that, according to him, the U.S. is more their country than their parents’ country. Ryan and the entire House, over which he presides, will return to their seats in November. Dominated by Republicans, this shows a change in disposition in the electorate.

One of the pillars of the American dream is that if you work hard and strive you can achieve your goals. The cinema is full of heroes and heroines. This crisis has killed those dreams. It has woken the beast of the extreme right. A white hatred runs loose because it thinks it has one of its own in the White House. Without new dreams, only the nightmares remain.