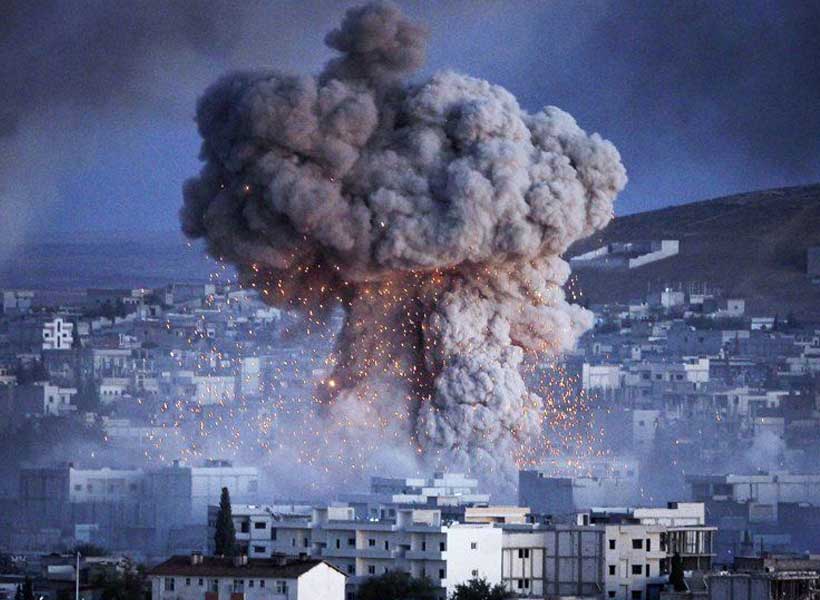 It was the last stand. U.S. Ambassador to the United Nations Nikki Haley was cold as ice last Monday. She stated that her country would not wait for a decision from the U.N. Security Council to do what it wanted to do in Syria. Which means that the White House will launch attacks against Syria in “24 to 48 hours,” as President Donald Trump promised.* The U.S. will certainly not wait for the Security Council to discuss a Russian resolution, announced yesterday by Sergey Lavrov, the Russian minister of foreign affairs, to investigate the chemical weapon attacks in Syria.

Unfortunately, and unsurprisingly, the American threat will be carried out for many reasons.* First, it won’t be the first time that the United States has skipped this “formality.” On March 20, 2003, the U.S.-led coalition attack on Iraq was conducted without U.N. approval, based on a lie promoted by Colin Powell, then secretary of state, who claimed, while brandishing a vial supposedly containing anthrax, a toxic substance, that Iraq possessed chemical weapons. We know today that that was false. We know today what it cost Iraq, the Iraqis and the entire region. We also know that the U.N. “cashed in” on the coup without having the ability to react.

Today, the world is watching the same scenario unfold. This time, it’s Syria that is threatened. If there are many similarities between these two situations, one weighty difference exists, notably with respect to possible repercussions. Unlike the situation in Iraq in 2003, an attack against Syria today carries serious risk of a war among the world powers. The Russian permanent representative to the United Nations, Vasily Nebenzya, warned the West, with its “war rhetoric,” against “serious consequences in case of Western strikes against the Syrian regime.”

According to Nebenzya, “there was no chemical weapons attack” in Douma (Syria). Hence, Russia’s request to the Security Council for an “investigation.” The situation remains explosive, to say the least. On one side, there is the United States, England and France, and on the other, Russia, Iran, Turkey and, of course, Syria. And then there is Israel which, without bothering with all these “protocols,” last Monday bombed a Syrian military airport near Homs, causing several deaths and injuries, without making any statement. Of all the warring parties, Israel is the country with the greatest interest in creating chaos in Syria: to keep the water-rich Golan Heights; to reduce support for Palestinian resistance; and to keep Iran away — Iran being present in Syria — which Israel considers to be its main threat. No one can say what will lead to the escalation between the two great powers on Syrian soil and elsewhere, as in Ukraine. No one will be able to intervene, either!

*Editor’s note: The United States, the United Kingdom and France launched missile strikes against purported Syrian chemical weapons facilities on April 13, after this editorial was published.