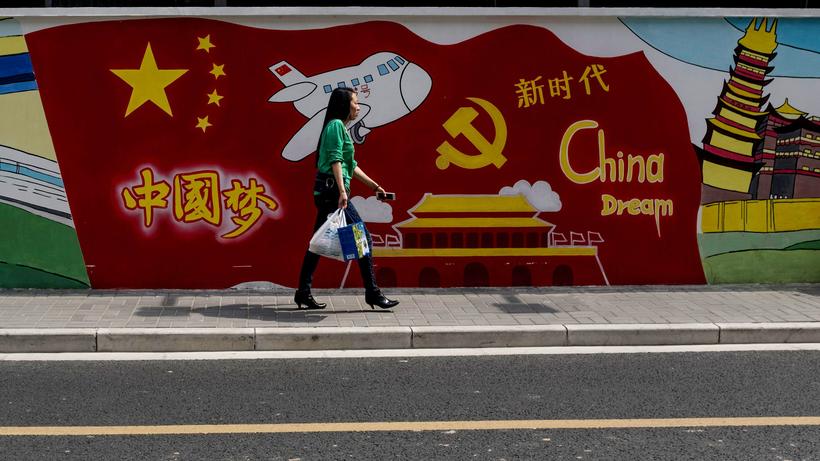 China could soon surpass America. Trump should not react in fear, but instead accept the challenge.

If it were only about trade! However, there is more at stake in the clash between America and China. It is about the current leading industrialized nation’s fear of losing supremacy in the world economy to the most ambitious and aggressive competitor.

The trade conflict alone strains one’s nerves. In the past year, China exported $505 billion in goods to the U.S., but only imported $130 billion. That amounts to a deficit of $375 billion on the American side.

And a gigantic humiliation. Does America have so little to offer the Chinese? No cars, machines, or medical equipment that could entice them? Isn’t it dismal that soybeans are the most important exported good?

Donald Trump’s rage – it is even understandable. His criticism is correct on three points. For years, Western firms have complained about theft of intellectual property. However, China’s industrial espionage continues unchanged. Nothing has changed with the forced transfer of technology either. Whoever wants to invest in China must share his knowledge. And finally, with targeted strategy, Chinese firms are using cheap credit from national banks to buy up firms in foreign countries.

America Is in Store for a Traumatic Turning Point. The Changing of the Guard Will Be Noticeable.

The Americans are justifiably fighting back against this brute state capitalism. The Europeans have also understood that they must protect their key industries from Chinese investors – most of whom are the state and thus China’s Communist Party, which has a different concept of the market economy than the West.

Therefore, it is not only an economic conflict. It is a matter of political power. Today the course is being set to determine who will have first access to the key technologies of the future: Western democracies or authoritarian ruled China? The term for it is “Tech Cold War,” a cold war concerning technology.

Who here already knows the names of the Chinese online giants Alibaba, Tencent, WeChat or Baidu? They are the only ones who can stand up to American giants Apple, Google, Amazon and Facebook.

In artificial intelligence, China could surpass the U.S. in a few years. More than 800 million Chinese use the internet, making available en masse the data that AI firms need – for autonomous driving, for the implementation of drones and for facial recognition.

And don’t anyone think that a Chinese Mark Zuckerberg would need to justify himself before the National People’s Congress for the misuse of data. The regime itself constantly misuses data. Millions of cameras monitor citizens’ every step. In facial recognition, Chinese firms no longer need to fear any competition.

Sometime around the year 2030, China will be the largest national economy in the world. From the Chinese viewpoint, this is nothing other than the return to historical normalcy, as the country was the leading economic power up to the end of the 18th century. But it will be a sad turning point for America. The foreshocks of this changing of the guard can already be felt.

The protectionism which Donald Trump is waging against the change is exactly the wrong answer. An America that isolates itself further erodes its ability to compete. It does have strengths that it can build upon, its innovative firms and universities, the best in the world. Some 350,000 Chinese study in the U.S. – and return home with the experience of free and open debate.

America should understand China’s rise as a challenge, not as a threat. Today, many Western firms earn more in the People’s Republic than at home. Since China’s Open Door Policy in 1978, the gross domestic product has grown eightyfold! And that is not because the country took advantage of all, but instead because it ventured into the world market created by the West.

China often doesn’t play by the rules. But it must abide by them; the bully that is Trump could provide the pressure. America, however, will not win the future if it must hold to soybeans against supercomputers. It senses that. Therefore, the fear and wrath.