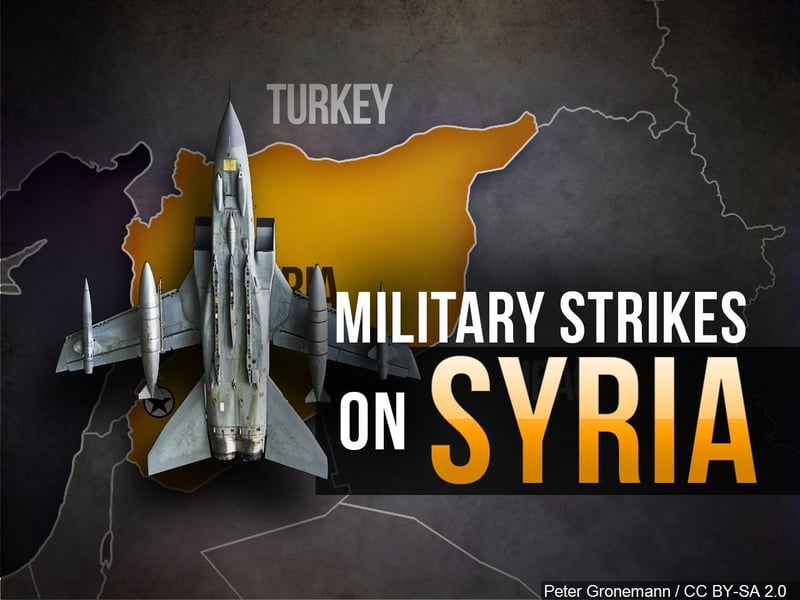 No, this is not the beginning of World War III. The launch of cruise missiles, as well as other types of missiles and remote-controlled bombs, over Syria and its capital, Damascus, is over. It confirms what had already been clear for days, ever since Donald Trump impulsively announced an attack in “24 to 48 hours:” The American and Russian military made sure to “deconflict,” i.e., to avoid the conditions for a direct conflict.

According to the plans Trump sketched out at 9 p.m. in Washington and which were confirmed by London and Paris, the intention was to possibly repeat these remote strikes while avoiding a direct clash with Russian planes or troops that are now crawling all over Syria and are effectively in control of its armed forces.

As tragic as it sounds in moments such as these, the attack is substantially demonstrative, a “deterring” operation, as Theresa May stated, against the future use of chemical weapons by the dictator − the “monster” as Trump calls him − Bashar Assad − if they were used in the first place.

It is the kind of remote military operation that was already attempted in the past and did nothing but strengthen the presence of Russian and Iranian forces supporting Assad.

However, the terrible risk of this operation lies in the vagueness of strategic objectives, the complete lack of concrete results that can be exploited to unravel the obscene tangle of Syrian blood; the airstrike campaign decided by an American president who needed a terrible diversion to get out of the corner he was put in by the inquiry.*

This risk exists in the possibility of an accident, an unforeseen event, a stupid missile hitting a Russian unit, an Iranian base, an airbase with Russian planes, or the reverse, a Russian missile shooting down an American or British fighter aircraft or an offshore ship.

Those who planned this operation tried to minimize the risks by employing “standoff weapons” fired from ships, submarines and planes outside Syrian waters and airspace, and making the usual disheartening promises to “avoid collateral damage.” Nevertheless, only two outcomes can result from these operations: They will be ineffective and leave Assad inside the protective cocoon of the Russians, whom the U.S. does not dare to attack, or there will be an accident, an involuntary spark that could unleash a fire.

History shows a long list of wars that began “by chance.” Moreover, the Pentagon has announced that it may resume this operation, and thus, the risk of an unforeseen incident rises.

*Editor’s note: The author is likely referring to the FBI investigation into the possible involvement of members of the Trump campaign with Russia’s interference in the 2016 U.S. presidential election.