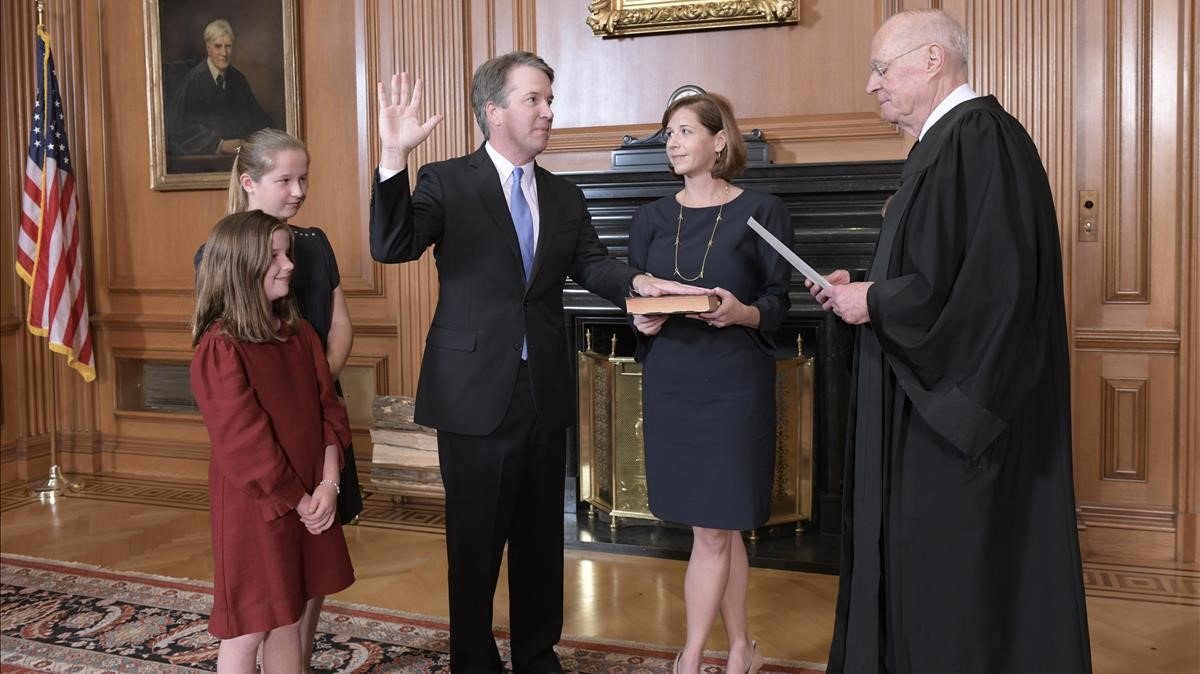 Judge Brett Kavanaugh’s troubles weren’t enough to stop him from being named to a lifetime position as a justice on the Supreme Court of the United States. The U.S. Senate, where the Republicans have a majority, has given the green light to confirm him to the highest judicial bench in spite of a shameful appearance before the Senate Judiciary Committee that the judge himself came to regret. During his appearance, he had to confront testimony from former classmates and colleagues who made very serious accusations of sexual harassment and violent behavior, along with some minor mischief carried out during his excessive consumption of alcohol when he was a student.

What disqualifies this conservative lawyer is not his university adventures, although some accusations, especially the ones of harassment, are very serious. Already in his professional career, this errant judge has been accused of illicitly obtaining Democratic Party correspondence during the Bush era, and he put all his energy into making torture an acceptable means of getting information. Didn’t Donald Trump have other candidates to choose from to avoid another grotesque spectacle? Coming from the president, this could be summed up as just another whim of his chaotic leadership. But that’s not the case.

The decision to maintain at all costs his nomination to the court where all decisions wind up doesn’t just radicalize Americans even more; it also introduces an ally on the court who will end up hearing cases that involve the many investigations hounding the president. From the Russian connection with his election campaign, to the recently uncovered massive tax fraud that helped him grow his fortune, with this nomination Trump is protecting himself with a vote for when some of these issues reach the Supreme Court. It’s not a whim − he wants this judge and no other, because Kavanaugh was the first to come out in public and say that it’s necessary to protect the U.S. president from any judicial investigation. The winner isn’t Kavanaugh, it’s Trump.