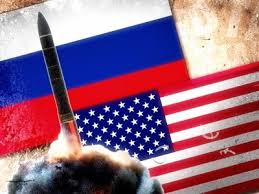 Starting in 2023, Russian state and private companies will no longer have access to the American space industry market. The new restrictions will prohibit all American companies from using Russian space rocket launch and satellite services. How exactly did it happen that the Pentagon gets to impose its rules on commercial companies? How might the ban impact the Russian space industry?

First, let’s look at some details so we can better understand the scope of the restrictions. The Pentagon specifically states that U.S. companies cannot use space launch services provided by five countries – Russia, China, Syria, Iran and Sudan – beginning Dec. 31, 2022. It is important to understand that the list was compiled pursuant to the logic of “better safe than sorry,” considering that Sudan does not have a space program and is not likely to have one in the near future. The same is true for Syria and Iran, even though Iran has already sent satellites into orbit. Essentially, the U.S. ban is only relevant to Russia and China.

The U.S. has considered China a pariah with respect to space cooperation for quite a long time. The U.S. chooses not to get mutually involved in projects with China, even those dealing with research. China, however, does not seem to suffer from this situation too much, which appears to be representative of the current state of affairs.

The case of Russia, on the other hand, is different. Only a few years ago, the Russian Federation launched several space shuttles in cooperation with American state agencies and private businesses. So, how hard might the new ban hit Roscosmos?*

At first glance, Russia does not seem to be affected at all, since the ban concerns space launches of interest to the Pentagon, and the U.S. Department of Defense utilizes its own carriers. Previously, the Defense Department used the services of the United Launch Alliance, a joint venture between Lockheed Martin Space Systems and Boeing Defense, pursuant to requirements of the National Security Space Launch program. A few years ago, the private SpaceX firm received approval to perform military launches. Russia, on the other hand, does not launch military satellites. So why, exactly, does the U.S. need to introduce this ban?

First of all, the ban serves as a clear signal to U.S. companies, especially those who work with the Defense Department. For example, the Pentagon buys satellite imagery primarily from commercial providers, and if those companies use Russian launch vehicles, they might lose potentially profitable contracts with the military under ban. So, it looks like even though the ban does not target commercial companies directly, in the end, it might affect them significantly.

On paper, Russia could still launch U.S. commercial space vehicles that are not connected to satellite-link communication and the Pentagon. In reality, however, these kinds of contracts will end, because U.S. companies will choose to err on the side of caution. At the end of the day, who would want to anger the Defense Department?

That Which Is Already Falling Can Be Pushed

If we look at the statistics for space launches conducted by Russian carrier rockets over the past few years, we can see that Russia had almost stopped launching U.S. satellites before the ban was introduced. In 2015-2016, it did not launch any American satellites. In 2017, it launched only one, the Echostar-21 geostationary satellite, and in 2018, it launched a fleet of small-sized Lemur satellites. So, it would be inaccurate to say that American satellites make up a significant part of Roscosmos’ profits, and there are multiple reasons for that.

Among them are the Proton’s reputation for being unreliable, and the fact that SpaceX entered the space launch market and offered lower prices. The question of convenience is also important. For a customer ordering in the U.S., it is much easier to use the services of a U.S. company in terms of logistics and control procedures.

One way or another, Russia has suffered because of a number of factors, both managerial and economic. Roscosmos has lost its leading position in the total number of performed space launches, and for the most part, this happened because Roscosmos lost its share in the U.S. market. So, the new ban is not going to affect Russia’s positions, since those positions have already been damaged and Russia has had barely any chance to get back to its previous ranking.

Right now, it is difficult to estimate how this ban might affect seemingly unrelated projects. For example, one of the questions is whether the ban is going to influence the OneWeb project plan to launch satellites which create global broadband internet access using Russian platforms.

In theory, there is no connection between the ban and this project, since OneWeb is a British company. However, among OneWeb’s investors are U.S. companies, and they might be vulnerable to the Defense Department’s possible decision not to use OneWeb’s services because of its cooperation with Russia.

Similar concerns surround the Sea Launch project owned by the Russian S7 Space Corporation, a private company not connected to Roscosmos.** Again, in theory, the ban cannot affect the project. In reality, however, especially following Dmitriy Rogozin’s decision to move the launch pad from Los Angeles to Vladivostok, things might go sideways.***

So, one can conclude that the new restrictions are not about protecting U.S. security, but about getting political leverage in future negotiations with Roscosmos and the Russian government. As we know, cooperation in the space industry is very political, but in this particular case, politics seems to be a primary motivator.

Not Immediately, But Then …

It is also important to address the odd decision to make the restrictions effective starting in 2023. It seems that if the ban is indeed about security, it might have been more logical to make it effective immediately. It is unclear how the space launches performed with the help of Russian carriers will become “dangerous” two and a half years after introducing the ban. There are at least two reasons for such a decision, and both of them are quite clear.

The first one is the urgency to end U.S. dependence on Russian RD-180 engines, produced by Energomash. Currently, Blue Origin, the space company owned by Jeff Bezos, is working on replacing the RD-180. However, Bezos needs at least a couple of years to finish working on the BE-4 oxygen-methane engine and to perform all the necessary tests. So far, the United Launch Alliance keeps buying the RD-180 engines for the Atlas V carrier rockets, and so far, all sanctions and restrictions coming from the U.S. circumvent these contracts.

Furthermore, the U.S. space industry is now expecting to get new rockets within just a few years: Vulcan, which is under development by ULA and supposed to serve as a replacement for the Atlas V; New Glenn by Blue Origin and OmegA by Northrop Grumman. When those projects are completed, the U.S. will be able to launch any kind of a spacecraft into orbit.

In addition, pending restrictions can be a very helpful diplomatic tool. One recalls the case where the U.S. imposed severe restrictions on cooperating with the Chinese corporation Huawei, and then put them off for a few months. This decision might serve both as a potential invitation to continue negotiations in the future and a bargaining chip in trade talks.

In the Path of Destruction

At first glance, the restrictions should not affect relations between NASA and Roscosmos, since they do not concern government programs. Upon closer inspection, however, the restrictions might complicate communication between the two organizations. When one side keeps constantly attacking the other, it can be hard to merely watch from the sidelines and see that the projects remain unaffected.

In sum, introducing the ban was motivated by political, rather than security concerns. Is Roscosmos going to survive it? Without a doubt.

However, it is very unfortunate that countries now have increasingly fewer bridges for maintaining international cooperation among experts despite political instability. Space cooperation has been one of those bridges that gave countries an opportunity to realize how insignificant geopolitical conflicts might seem compared to the massive and crucial commitment to cosmic exploration. The fact that politicians could ruin this effort at cooperation because they remain too biased by their personal interests is a very worrying sign.

*Editor’s note: The Roscosmos State Corporation for Space Activities, commonly known as Roscosmos, is a state corporation responsible for a wide range of space flights and cosmonautics programs in Russia.

**Editor’s note: Sea Launch is a project that was developed in the early 1990s with the intent to create a floating space rocket complex.