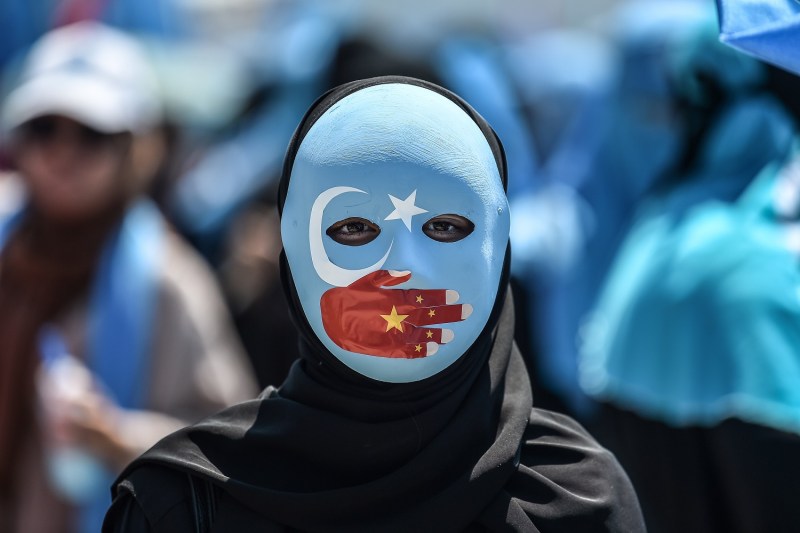 The Chinese government protects its citizens’ right to religious freedom in accordance with the law. Everyone who claims to be unbiased knows this intuitively, but some people in the United States do not. On July 18, United States Vice President Mike Pence and Secretary of State Mike Pompeo used a ministerial conference aimed at promoting religious freedom to discredit China’s religious policies. This conference exposed the ugly and hypocritical face of the U.S. to the world, showing it shamelessly colluding with villainous influences.

For some time, people in the United States have circulated rumors that vilify China. They even use so-called religious freedom as an excuse to undermine Chinese national harmony and meddle in China’s internal affairs. However, this lie is ultimately untenable. Pence recklessly recited facts of this vilifying nature while simultaneously and unconsciously spouting self-contradictory holes in his story. This speech has become a global laughing stock. For example, he said China persecutes religious belief but also said that Christianity in China is developing rapidly. Is this how Pence defines a lack of religious freedom?

“To say you know when you know, and to admit when you do not: That is true knowledge.” People in the United States who fake understanding for ulterior motives are complete hypocrites. They seem to be interested in the religious situation in Xinjiang, but they know nothing about the reality there. There are 24,800 places of worship in Xinjiang such as mosques, churches and monasteries. Among these are 24,400 mosques, which is more than twice the total number of mosques in the United States, Britain, Germany, and France, and equivalent to an average of 530 Muslims per mosque. Some 109 religious and cultural sites, such as Thousand Buddha Caves, Kashgar Id Kah Mosque, Zhaosu Shengyou Temple and Kizil Caves, were included in national and regional key cultural relics protection efforts. In March 2019, the 46th meeting of the Organization of Islamic Cooperation Foreign Ministers Council passed a resolution celebrating China’s efforts to care for Chinese Muslims and expressed its desire to strengthen cooperation with China. Of course, for those with ill intentions, the fact of religious freedom in Xinjiang will pose a challenge to denouncing China, so they attempt to keep the truth out of sight.

The U.S. frequently speaks about the vocational training centers in Xinjiang, but this is just another attempt to give China a bad reputation. Many members of the international community, who have a sense of justice and responsibility, see this clearly and choose to stand against the U.S on this issue. The establishment of vocational training centers in accordance with the law in Xinjiang is an effective measure taken by the Chinese government to maximize the protection of basic human rights of the masses from terrorism and extremism. Since the establishment of the vocational training centers three years ago, Xinjiang has not suffered a single violent incident. This clearly demonstrates that these centers are effectively protecting the basic human rights of people of all ethnic groups in Xinjiang. During the 41st session of the United Nations Human Rights Council, representatives from many countries commended Xinjiang’s human rights achievements and the results of its counterterrorism efforts. Representatives from Cameroon, Cambodia, North Korea and Myanmar stated that China has successfully implemented preventive counterterrorism measures, such as the establishment of vocational training centers in Xinjiang and other regions. This human rights protection combined with the fight against terror and violent extremism deserves international support and appreciation. Representatives from Laos, Serbia, Burundi, Somalia, Nepal and other countries said that those in the West who call the vocational training centers “reeducation camps” are only slandering China. The counterterrorism and counterextremism efforts in Xinjiang are worth another look from the international community.

Everyone has an innate sense of fairness. China has accomplished great things regarding the human rights situation in Xinjiang. The counterterrorism and counter-extremism efforts in Xinjiang have become important guarantors of the prosperity of society in Xinjiang and the happiness of the people there. These are undeniable truths. Recently, Russia, Pakistan, Saudi Arabia, Egypt, Cuba, and 37 other ambassadors issued a joint statement to the President of the U.N. Human Rights Council and the High Commissioner for Human Rights. They praised the achievements of China’s Xinjiang human rights, counterterrorism, and counter-extremism efforts, and supported China in these initiatives. The statement specifically mentions the happiness and strengthened sense of security enjoyed by people of all ethnic groups in Xinjiang. Additionally, it clearly points out that Xinjiang has adopted a series of counterterrorism and counter-extremism measures, including the establishment of vocational skills education and training centers, effectively protecting the basic human rights of the many ethnic groups in Xinjiang. “We commend China’s remarkable achievements in the field of human rights,” the ambassadors said. These ambassadors appreciated China’s repeated invitations to national envoys, international organization officials and reporters to visit Xinjiang, and urged concerned countries to stop using unconfirmed information to accuse China of unwarranted evils without ever visiting Xinjiang. Why won’t the U.S. listen to these voices?

China is willing to keep an open mind and exchange ideas around religious issues with all good-hearted countries and people. China actively participated in the U.N. Human Rights Council’s national human rights review. In the third round of deliberations in March of this year, it accepted 284 recommendations — 82% of those offered — that align with China’s goals and are conducive to the furthering of China’s human rights cause. Among major countries, this rate of adoption is one of the best. China works with the world, including a vast number of developing nations, to promote development through cooperation, to promote human rights through development, and to reflect China’s extraordinary power. In comparison, the United States has withdrawn from the U.N. Human Rights Council, fearing that other countries will accuse it of human rights violations. Its performance on human rights issues has fallen far behind the rest of the world.

Respecting the facts and abandoning prejudice are the only ways to send a message to the international community. China’s objective fairness and righteousness are not something that Pence or Pompeo can dispute. The United States has slandered China in deviating from the facts, and the result is nothing but self-destructive. My advice to the U.S. is this: Do something to promote mutual trust and cooperation between China and the U.S., and let the world enjoy a little peace and tranquility.