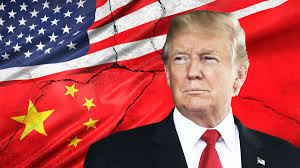 On August 23, the United States announced that it will raise the tax rate on the $550 billion tariff for Chinese exports to the United States. This decision is based on irrational arrogance and certainty, creating new obstacles for the already bumpy road of Sino-U.S. economic exchanges. The world sighs as some in the United States continue to act against the consensus of the heads of state of China and the U.S. These people violate the principles of mutual respect, equality and mutual benefit and do not understand that as the world’s largest economy, their misconduct will have devastating consequences for the international order and the global economy.

Some people in the United States are now trying to avoid trade with China in order to defend the core interests of the U.S. and the will of its people. Why not be self-reliant! It is clear that shortsightedness will lead the U.S. to irreversible mistakes that will inevitably mean the U.S. cannot bear their weight.

In response to the unilateral escalation of the Sino-U.S. trade conflict, China has implemented a rational and restrained countermeasure. This is a forced and necessary action, completely different from the agitating nature of the U.S. Anyone with a discerning eye can see that some in the United States have used this countermeasure as an excuse to further reinforce their tariff policy, which is not only deceptive but also a poor decision. Some in the U.S. rely on deceit to maintain their position on the global economic stage, taking all the benefits for themselves and making other countries take orders from them. As everyone knows, such a hegemonic fantasy can only be realized in a tale like “Arabian Nights.” Such a story is an impossible reality in the 21st century.

Economic operation has its own rules, and those who violate these rules will only hit a wall in every direction. Sadly, some people in the United States seem to be completely ignorant of what the rules are. They think that by solving the smaller problems of other countries, the U.S. can solve its own problems. But the facts have repeatedly proven that this is not true. The dilemma that is faced by American farmers and businesspeople because of this trade dispute is a living example. If people in the United States refuse to acknowledge the losses caused by their strategic misjudgments and misconduct, they will only understand the position of 10,000 wealthy people, and they will miss any possible successes over Haikou that they could have boasted of.

China is confident that it will succeed in taking its own path and doing its own thing, and will firmly stand against any inciting acts from the U.S. Some Americans are slowly seeing this more clearly, but they are still unable to see how ineffective it is to exert extreme pressure on China. The American determination to pursue independence remains a slap in the face, trying to slow the pace of China’s development. But what they can’t see is that most countries have long been interconnected, sharing a destiny. Any challenge to China will eventually challenge the limits of the United States and undermine the orderly development of the world economy. A statement made by the International Monetary Fund’s chief economist, Gita Gopinath, in an interview with the media on August 23 represents the international community’s general concern about the current global economy: “So, global growth is subdued and we describe it as fragile. There are many downside risks. And one of the risks we keep flagging is risks on the trade front, the uncertainty surrounding.” She has been worried that the U.S. tariffs will weaken corporate confidence and investments, and disrupt the global supply chain.

Moving from exclusion to openness and from isolation to integration is an unstoppable trend of humanity. The right way to live is to follow the trend; to oppose this trend is to face decline. If you don’t understand the importance of opening up, you can’t embrace the developmental opportunities that come from cooperation. If you don’t cooperate, you can’t achieve mutually beneficial results. The exclusionary behavior of some Americans only proves this truth.