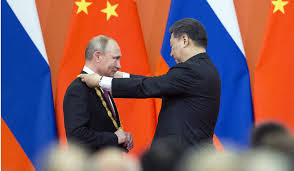 In the event Moscow rejoins the cherished club of leading industrialized nations, Russia would get another platform for controversial debate with the West, but no veto power.

Let us state from the very outset: The discussion about readmitting Russia to the Group of Seven major industrial nations, initiated by President Donald Trump just before the G-7 summit in Biarritz, is essentially artificial and groundless. It has been clear since 2014 that the Group of Eight will not be reestablished. This is not even because Russia does not belong to the family of liberal democracies and not because its political leader thinks liberalism is obsolete. The main point is that Russia and the U.S. have faced off for five years in a confrontation that could only be compared to the Cold War. Furthermore, this confrontation is likely to escalate in the long term.

At the same time, President Trump’s provocative statement was interesting. It has already brought to light some of the critical issues that now exist between Russia and the West.

Fears of the West

First, it confirmed that, at the moment, Trump and the U.S. political establishment perceive China, not Russia, as the main threat to U.S. interests. Since the 1990s, the U.S. has treated Russia as a minor player in international relations, yet now it is facing some turbulence, with Russia and China cooperating more closely in several areas, including in the military sector. Previously, U.S. administrations were not too worried about Chinese-Russian relations because they thought Russia was too weak to be China’s partner and that conflicts between the two countries were too deep for them to overcome.

As a result, the U.S. neglected one of its main geopolitical principles – not to allow two Eurasian powers to forge an alliance. Furthermore, by pressuring both China and Russia at the same time, the U.S. unknowingly brought them closer together. Earlier, Russia had to confront the U.S. on its own. However, Russia has recently been coordinating its efforts with China. Given this situation, President Trump is trying to appease Moscow and at least render Russia neutral in the ongoing trade war. However, the Democrats, who believe that Russia stole the presidential election from Hillary Clinton, strongly oppose President Trump.

Second, Trump’s call for Russia to rejoin the G-7 has resonated with European fears that Russia is going to stop being the Eastern European buffer between the East and the West and become a part of the Eastern world. Europe has never been too keen on the idea of Russia’s deep integration with Europe; however, in case the West “loses” Russia to the East, Europe will have to face China directly.

Furthermore, with the collapse of the Intermediate-Range Nuclear Forces Treaty, there is a looming risk of a new confrontation between the U.S. and Russia in the future. Right now, Emmanuel Macron is playing a leading political role in the EU, so he is trying to renew communication with Moscow by inviting Vladimir Putin to meet in France a few days before the G-7 summit, among other things. Italy is supporting Trump’s initiative, while Germany is pointing out that Russia will have to withdraw from Donbas first. Macron is not pushing it too far, though he has insisted that Russia is critical for the European Union. Regardless, these dynamics do not really matter. Europe’s strategic and geopolitical influence in the world is now even more limited than during the Cold War.

In Russia, Trump’s call for Russia to rejoin the G-7 drew much more attention than it deserved. A few public officials and Putin himself have publicly commented on the issue. Essentially, they asserted that if Russia is officially reinvited, they will consider this offer and continue working with their Western partners without any additional conditions. This approach to diplomacy might seem attractive, yet it is based on the fallacy that the West has admitted it was wrong and is now ready to remedy the situation.

In reality, Moscow should not have responded to Trump’s suggestions at all for several reasons. First, Trump is not a man of his word, and he can easily change his mind (just like when he decided not to officially meet with Putin at the Group of 20 leading and emerging-market nations’ summit in Argentina, since every meeting with the Russian president provokes a new round of sanctions against Russia). Russia’s potential appearance at the 2020 G-7 summit in the U.S. amid Trump’s reelection campaign is going to generate massive backlash from his opponents. This could appear as quite an impressive provocation, yet it could come at a great cost.

Even if we assume the impossible – that Russia is going to rejoin the G-7 – Russia is going to get access to a single platform from which it can confront the West, without any veto power, unlike its place on the United Nations Security Council.

Russia is a big but lonely country. This is just a fact. It is quite self-sufficient, and its priority now is to maintain the status quo, rather than belong to any European, Asian or international club, for that matter. Russia’s participation in any international organizations or clubs, even the most prestigious ones, does not determine Russia’s identity. Russia’s status depends on its capabilities, not on an invitation from the U.S. president. Russia’s government still has political will and public support. It also possesses extensive experience in global affairs and the military, in intelligence and in other means it can use to pressure other states.

Russia’s weak spot is its economy and obsolete technology. Its fundamental flaw, however, is the fact that most of its government serves only its own needs. Unless this issue is resolved and the elites are going to truly represent society, Russia is going to underperform both in its bilateral relations with other states and as a participant in global forums, such as the G-20. That is what Russia has to think about. Let Trump tweet whatever he wants to tweet.

About Iana Shchetinskaia 29 Articles
Iana Shchetinskaia studies History with a focus on U.S.-Russian relations. She teaches at a university and a language school in Moscow, Russia. She holds a Master of International Studies degree from North Carolina State University where she studied on a Fulbright scholarship. She is passionate about promoting mutual understanding among countries and communities and considers it a privilege to be a part of WatchingAmerica.