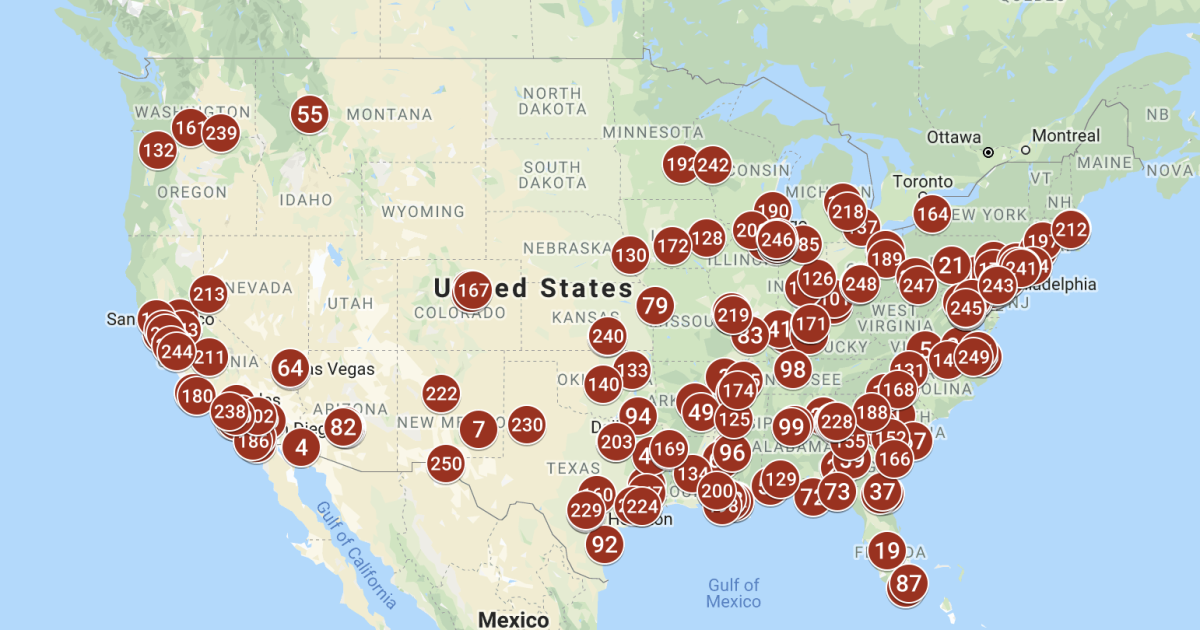 On Sunday, friends and family members were gathered watching a football game in a backyard in Fresno, California, when they were caught unaware by a man who began shooting wildly. Four people died and six were injured in the killing spree. This is the most recent case of armed violence in the U.S. More than 370 mass shootings have been recorded this year alone.

The year is not over yet, but the number of shootings in the U.S. has already exceeded the number of days in 2019. The figures come from the nongovernmental organization Gun Violence Archive, which collects statistical data on armed violence, including mass shootings, which are described as situations in which at least four persons are shot, not counting the shooter.

The data collected indicate that 2019 may be the year that, on average, two mass shootings are recorded per day, which has not happened since 2016.

As of Nov. 18, the 322nd day of this year, the GVA reported that 371 mass shootings had been recorded in the U.S. To date, 34,497 people have died and 26,086 have been injured in incidents involving firearms, including not only shootings but also homicides, suicides and accidents, according to the association’s website.

With the number of incidents already recorded, some of which were fewer than 24 hours apart, 2019 is on the way to being a year in which, on average, two shootings happen in the U.S each day.

That was what happened in August in El Paso, Texas, when Patrick Crusius tried to kill as many Mexicans as he could find in a Walmart. He entered the store armed and began shooting indiscriminately. Twenty people died.

Fewer than 24 hours after that attack, which was considered the eighth bloodiest in U.S. history, another shooting took place in Dayton, Ohio. A man killed nine people and injured 16 near a bar. The shooter was killed by the police.

These are the latest mass shootings in the U.S. in which at least four victims were killed, according to the GVA:

About Lisa Carrington 65 Articles
Lisa is a freelance translator in English, Spanish and Portuguese. She has a BA in Spanish for Translation and Portuguese and is a Member of the Chartered Institute of Linguists. She is passionate about languages, specifically translation.