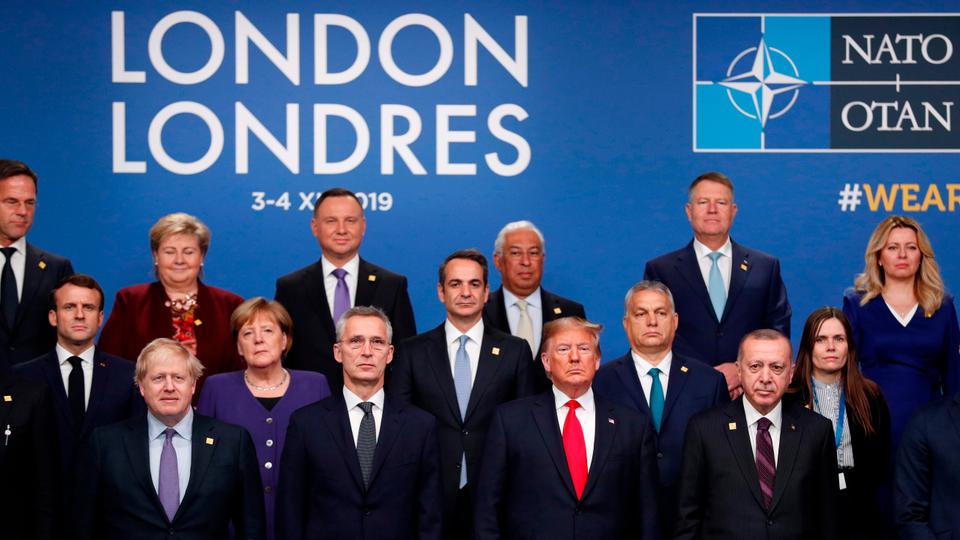 During the NATO Leaders Anniversary Summit in London, President Donald Trump met with his Turkish counterpart, Recep Tayyep Erdogan, in the Grove Hotel. The meeting lasted just half an hour and was closed to the press. According to White House Deputy Press Secretary Hogan Gidley, it was noted how important it is that Ankara fulfills its commitments to the alliance. Trump and Erdoğan also discussed regional issues concerning security, energy security and the further strengthening of trade connections between the two countries by increasing the bilateral trade volume to $100 billion.

There were no further details of the meeting. This seems significant for several reasons. On the eve of the summit and on the first day of proceedings, acute political intrigue in the Trump-Erdoğan-Emmanuel Macron triangle began to unfold. French President Macron had previously accused Trump and Erdoğan of colluding behind the scenes so that Turkey could begin a military operation in Northern Syria, about which the other allies in the Alliance had not been informed. In connection with this development, Macron began to talk about how NATO is “brain dead.” At the summit, he went further. First, he announced that, as a result of the Turkish invasion in Syria, the Islamic State had started to return. Second, he accused Turkey of weakening the Syrian Kurds, including the soldiers from the People’s Protection Units, who formed the backbone in the fight against the Islamic State group.

“I am sorry we do not have the same definition of terrorism at the negotiation table,” Marcon said.. “When I look at Turkey, they now are fighting against those who fight with us, who fought with us, shoulder to shoulder, against ISIS.” In Macron’s words, “they want us to classify the Kurdistan Worker’s Party and others as terrorist groups, but this is not our definition.” In addition, the French president claimed that Ankara is working with “ISIS proxies.” Finally, Macron expanded his attack on Erdogan by arguing that Turkey is buying Russian S-400 anti-aircraft missile systems. Macron further tried to raise the question of Turkey’s NATO membership. In other words, at the very least, the French president intended to give Turkey a public political flogging, but it amounted to nothing.

During a press conference in London with Macron, the Trump said, “I can only say that we have a very good relationship with Turkey, and with President Erdogan. The American troops have partly left Syria and we have given Turkey the opportunity to independently patrol their borders with this country.” In fact, this is an admission that a certain agreement between Trump and Erdoğan regarding the beginning of Ankara’s military operation in Northern Syria existed. As far as the S-400 is concerned, the U.S. president once again reminded Macron that Turkey had previously wanted to buy the American Patriot system, “but Obama’s administration wouldn’t let them. […] So, you know, there are two sides to this story.” This suggests that, in the event Congress were to impose sanctions on Turkey for buying the S-400, Trump would not sign it. Furthermore, the president judged Macron’s words about NATO being brain dead to be “offensive and very nasty,” and for some reason, decided to remind Paris about its “very high level of unemployment” and the fact that “no one needs NATO more than France.”

Thus, the public attack on Erdogan – who was being branded as a “provocative figure” in London – was foiled. This result was perhaps also due to the fact that the alliance needed to demonstrate unity in order “not to question the security guarantee provided by the alliance,” as NATO Secretary-General Jens Stoltenberg said.

However, this is only one side of the story. The essence of the other side lies in the fact that Macron raised the question of the Kurds with the NATO heads of state, igniting controversy. Erdogan also played this game by announcing that he could block NATO forces from fortifying their ability to protect the Baltics and Poland from Russia if NATO members don’t join Ankara in classifying the Syrian Kurds and other groups as terrorists. “With pleasure, we can come together and discuss these issues there as well,” Erdogan said. “But if our friends at NATO do not recognize as terrorist organizations those we consider to be terrorist organizations, we will stand against any step that will be taken there.”

This raises the question of whether Trump is beginning to support Erdogan on this issue, or whether we are talking about a compromise which would be part of a tactical trade-off. If there is no compromise, then there are in fact no disagreements between Trump and Macron here, just a difference how each is approaching the problem. Sooner or later, Ankara will cease to march in step with NATO, but Turkey is still inclined toward its alliance with the U.S., and still hoping to win the Americans over to its side. As for Trump, he continues to show some support for the ethnically mixed Democratic Forces of Syria, emphasizing the difference between them and the PKK. For now, this is smoothing relations between the president and his critics in Congress. We’ll see what happens next.