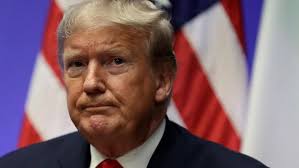 Last Friday, Donald Trump received the letter in the midst of his Thanksgiving turkey dinner. The House Judiciary Committee would be giving him this week to decide if he will send witnesses in his defense to the proceedings which could end his political career, or whether he would save that for later if the case moves to the Senate. After two months of investigation and two weeks of public hearings, the impeachment inquiry nearing the end of the first stage.

There does not seem to be much room for maneuvering with respect to the investigation. So far, not a single witness considers that blackmailing Ukraine by freezing aid was linked corruption in the country, as the White House claims. What has come to light is the series of Mafia-like tactics the president used, an abuse of power which everyone sees as a way for Trump to benefit himself in order to weaken his main rival in the upcoming presidential election

All that remains to be seen in the story of what occurred is whether Trump can defend his position by providing witness testimony, or whether on the other hand, the main weapon in his defense will continue to be Trump’s tweets which publicly criticize all the witnesses who have already testified.

As if it had nothing to do with him, the anger he projects toward those who have spoken out against him has circulated on the internet, with Trump accusing his critics of being unprofessional, to lacking patriotism to being suspect for abusive behavior. It’s an entire catalog discrediting not what the witnesses have expressed, but their lack of standing to do so.

It is the same strategy that has worked for him so far in evading the course of an advanced democracy: making decisions and flouting measures that question his actions while running to social media to question the system from the seat of power. Thus, chances are he will not send any witnesses or lawyers in his defense. It is part of the strategy that keeps him in power, dividing American society as never before.

He knows that, although it is a legal process, politicians will end up deciding and the Republicans hold the majority in the Senate. If he keeps his faithful supporters, the inquiry will end up hurting the Democrats more than his own base. Opinion is divided. In the latest poll, those in favor of the ending the proceedings make up exactly half of those asked. That is why Trump keeps driving the system and institutions to the edge of a cliff, where credibility is near zero.

Without trivializing the word fascist – maybe Trump is not a fascist – it is clear that his actions are dangerous, and as president, he whitewashes those who dabble in fascism, from Brazil to the Philippines, through his European lapdogs. Because if there is no curbing authoritarian tendencies in the world’s premier democracy, who will accuse these others of not being democratic? That is why although impeachment will define the future of the White House, its importance and effects will impact us all.

About Lisa Carrington 64 Articles
Lisa is a freelance translator in English, Spanish and Portuguese. She has a BA in Spanish for Translation and Portuguese and is a Member of the Chartered Institute of Linguists. She is passionate about languages, specifically translation.