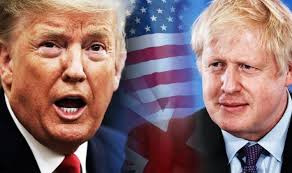 Four years ago, the results of the Brexit referendum in the United Kingdom and Donald Trump’s triumph in the presidential election in the United States were considered ominous signs for the future of the world’s democracies. For others, such a conclusion after two elections with unexpected results in 2016 was hasty. After all, one could regard them as mere isolated cases.

Four years later, the consequences of both elections — along with elections in many other countries since then — seem to be more clear. Regarding the U.K., the definite implementation of Brexit has proven to be much more difficult so far than its original proponents predicted. However, it is a fact that this country will separate from the European Union at some time or another. With that, it will not only deliver a severe blow to the British economy, but to the survival of the European Union. Since the Brexit referendum, there have been two parliamentary elections in the U.K., and both have confirmed a majority for the Conservative Party and a mandate for Brexit.

From the point of view of many experts, Brexit is an undesirable initiative for Britain, both economically and socially. Although its impact will vary among different social and regional groups, these experts maintain that Brexit involves more cost than benefit. How do we explain, then, that this initiative has been supported three times in elections since 2016?

Now, let’s consider the U.S. Throughout 2016, few believed that Trump would win the nomination, much less the presidency. However, the majority of those predictions failed. Republicans were never able to organize for another Republican candidate to defeat him. On the other hand, although Hillary Clinton won the popular vote, her campaign turned out to be vulnerable and she lost in the Electoral College.

At the moment, we don’t know whether Trump will win reelection. He has the advantage as an incumbent in his favor, and the U.S. enjoys higher economic performance than other developed countries.

Working against him is the fact that the majority of the U.S. population has disapproved of his administration since he was sworn into office. The impeachment process against him, initiated by the Democratic majority in the House of Representatives, could damage his campaign, but it could also consolidate and mobilize his electoral base.

From Mexico’s point of view, the Trump administration is the primary external threat to the development of the country. Today, it can certainly be said that the case of Trump as well as that of Brexit are two examples of how different political and electoral systems can end up resulting in a bad government, and how bad proposals such as Brexit can win voter approval. The first speaks to the vulnerability of the process of direct democracy. The second speaks to the vulnerability of the party system and representative democracy.

Both cases highlight a third factor: the relevance of opposition parties in serving as a counterweight and/or control on the party in power. Both the recent election in the U.K. as well as the eventual reelection of Trump would demonstrate a serious inability of opposition parties to offer better alternatives to voters.

If both bad politicians and bad policies can win at the ballot box, including reelection, how much confidence should we have in constitutional democracy as a mechanism to elect or reward better governments?

What is the difference between a democratically elected bad government and an authoritarian government that pretends to rely on democratic processes? Can we trust voters to tell one from the other?

About Jane Vogel 75 Articles
In my first career as a pediatric physical therapist, I learned enough Spanish to speak with my clients and do some translation in the medical rehabilitation field. I am retired from PT, but still do translations for therapy agencies. In pursuit of my interest in languages and other cultures, I have just completed the Certificate in Translation from the University of California at San Diego. WA offers perspectives from other countries to English language readers and I am happy to to be working with them.