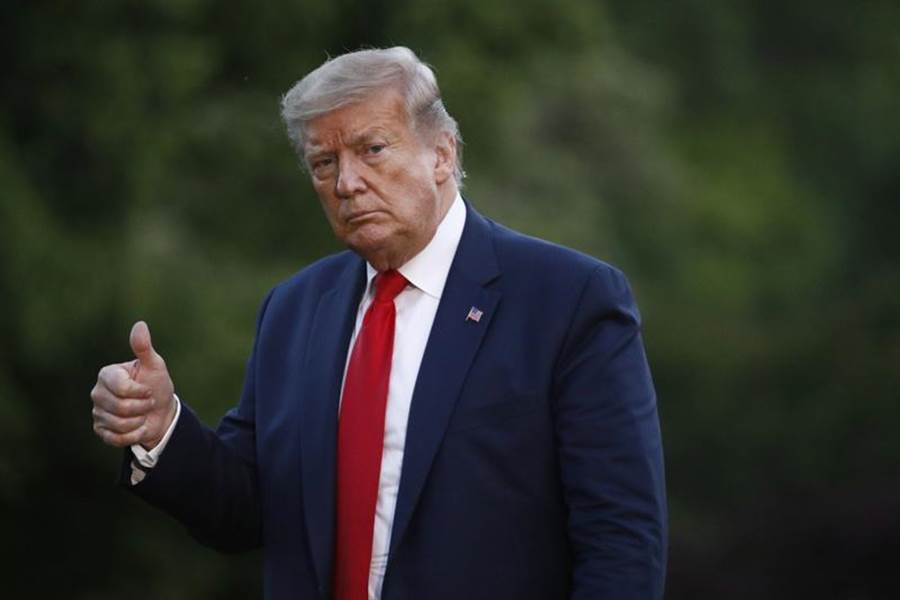 After several days of public reaction, President Donald Trump has finally spoken out regarding the Hong Kong National Security Law, threatening to cancel Hong Kong’s special treatment under the “one country, two systems” principle, sanction Chinese officials who participate in the legislation, suspend the visas of certain Chinese students, and withdraw from the World Health Organization, which, he claimed, China totally controls.

These responses come like someone exhaling after holding their breath for a long time, and in general, they are well within the expectations of all parties. There have even been comments that despite Trump’s seemingly “domineering” attitude, the fact that the U.S. still has not terminated the first phase of the U.S.-China agreement or cut off the Hong Kong-U.S.-linked exchange rate system through administrative means suggests that these sanctions are nowhere as spicy as expected.

The essence of the Hong Kong issue concerns China and the United States, and it is a process in which each side makes its own moves in order to up its own game. As such, in the coming month, as drafting of the Hong Kong version of the National Security Law is considered, voted on, and implemented in Hong Kong, we can expect the U.S. to take further countermeasures. However, an increasing number of observers are coming to recognize the “all talk, no action” nature of Trump’s anti-China ruse.

It is undeniable that the group of right-wing political elites around Trump truly views the Chinese mainland as “the second Soviet Union,” formally placing a new Cold War with China on the American political agenda. Some Western media compare the National Security Law to the first brick in Beijing’s construction of a Berlin Wall in Hong Kong. In reality, however, it is clearly the West, led by the United States, that has allowed the “Berlinization” of Hong Kong to become the front line in a great power struggle. The problem lies in the fact that, although globalization is stagnant for the short term, the current state of international political forces and the patterns of national interests are no longer comparable to that during the period of the U.S.-Soviet Cold War. This brings us back to age-old questions: How determined is the United States to uphold its anti-China attitude and keep China contained? What else can the U.S. do?

First of all, in terms of determination (i.e., a subjective willingness), Trump’s anti-China approach comes more from a starting point of self-interest, which is completely different in nature from the ideological confrontation between the U.S. and the Soviet Union in the 1950s. In 2016, Trump relied on a wave of populist recognition to win the election; the “anti-China card” was only one piece of the puzzle. However, for this election, it is clear that Trump is making the “anti-China card” the staple of his campaign, which, ultimately, is meant to serve his own interests in the election. That being the case, will fierce sanctions against China and even the “destruction” of Hong Kong help advance Trump’s agenda? Not necessarily.

On the one hand, the United States has huge business investments in Hong Kong, and almost every major U.S. company has a piece of its pie in Hong Kong. Last year, the anti-extradition protests did not end up causing much loss to American businesses in Hong Kong. Moreover, the Hong Kong National Security Law will be interfaced with Hong Kong’s basic legal system, resulting in only limited impact on Hong Kong’s business environment, tax system and judicial system. Trump using a “big stick” to smash Hong Kong would be tantamount to offending all the major U.S. companies, completely working against Trump’s goal of reelection.

On the other hand, the Trump administration is now deeply entangled in the condemnation of police violence in Minnesota. Based on the current situation, the ever sensitive issue of race, coupled with public discontent and unemployment caused by the pandemic, has set off a firestorm in the United States. At this juncture, the United States’ haste to impose sanctions will only make the mainstream public and the middle of the road voters in the U.S. more aware of Trump’s attempts to divert attention from his own hypocritical blame-shifting, exacerbating existing doubts about Trump’s competency.

Moreover, in terms of objective ability, in Trump’s hands, U.S. economic influence and business appeal have fallen to the lowest point in nearly 100 years. Couple that with the current disparity between the strength of China and the United States, and Trump’s intention to take advantage of the Hong Kong issue and make trouble for China will likely be nothing more than a “one-man show.” Recently, some have taken to fantasizing about the subjugation of Beijing by the so-called Eight-Nation Alliance of 1900. However, judging from the recent moves by British, European, Japanese, Australian and Canadian stakeholders in Hong Kong, most seem to maintain verbal solidarity and hold an attitude of “concern and nonintervention,” showing no signs of any intent to toughen sanctions. The most critical point here is that by linking sanctions against China and Hong Kong to U.S. withdrawal from the WHO, Trump has all at once devalued the legitimacy and moral value of any opposition to the Hong Kong National Security Law. China has pledged to inject $2 billion into the WHO, and Europe has strongly endorsed the continuation and funding of the WHO. Western leaders such as Angela Merkel and Scott Morrison have also clearly stated their positions on the issues related to Hong Kong. The post-pandemic world will need China more than before. Trump’s linking together of “anti-China” and “anti-globalization” is foolish, and will only attract more eye-rolling from the international community. Hong Kong is a mirror that shines light on the self-serving nature of Trump’s actions and the reality of international trends after China’s rise to power. If this plan of “mutually assured destruction” initiated by Hong Kong’s localist groups ends up being met by the West’s cold shoulder, Taiwan is bound to be the most distressed of all.

The author does research for a think tank.