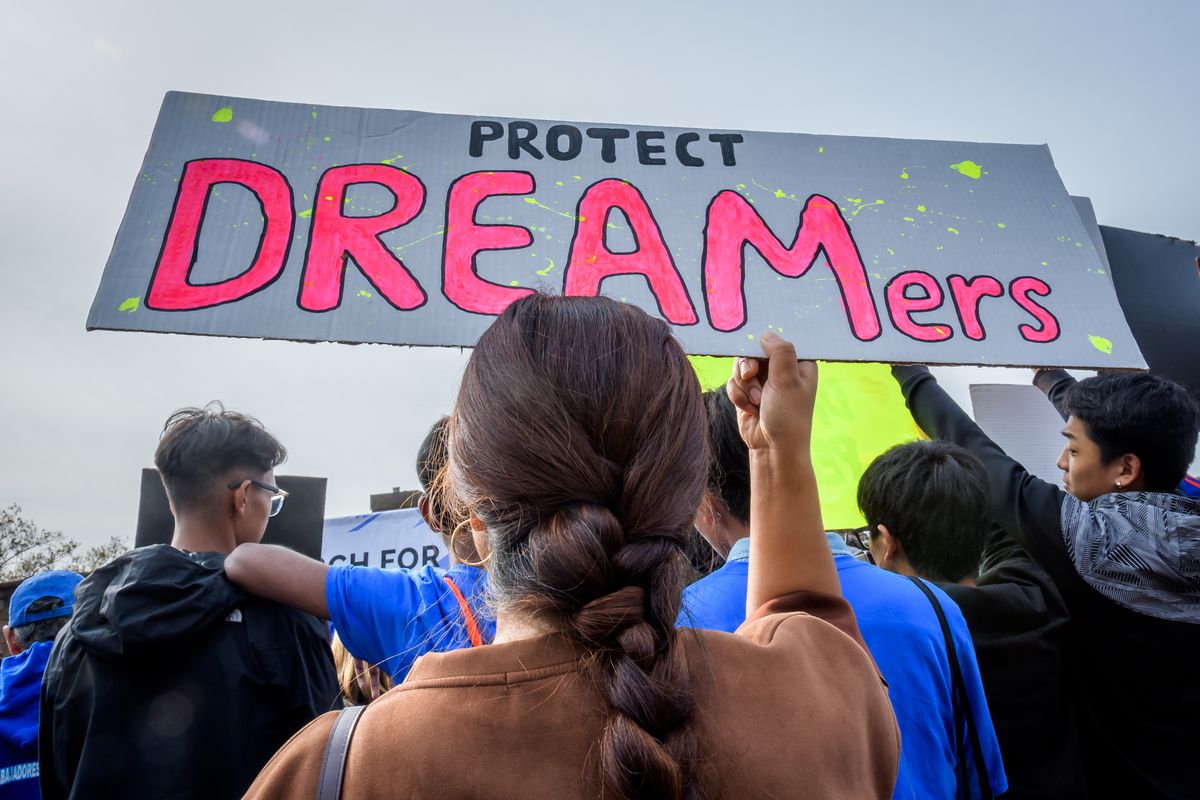 In a surprising decision announced on Thursday, June 18, the U.S. Supreme Court ruled that President Donald Trump could not eliminate, as he did in September 2017, the Deferred Action for Childhood Arrivals program known as DACA for persons who came to the U.S. as children. That decision represents a political setback for the Trump administration which wanted the court to uphold the termination of the program.

The decision focused on the means by which the administration put an end to the program in 2017. Chief Justice John Roberts ruled that way the program was canceled was “arbitrary and capricious.” However, the decision was not unanimous. The surprising thing about the decision is that it was Justice Roberts who wrote for the majority, since as a justice he has had a notably conservative record.

Although the decision is a victory for the thousands of “Dreamers”* who are registered in the program, this may not be the end of the battle. Since the central argument of the lawsuit filed against the termination was that improper action was taken that violated basic rules of governmental procedure in such cases, the Trump administration can still cancel the program, employing different arguments than the one it made before the Supreme Court, as the president announced the night of Thursday, June 18. Still, if the Trump administration is resolved to seek the appropriate mechanism for ending DACA, it is unclear how quickly it can do so. It is very likely that issuing a new cancelation of the program will take months, and even if a well-constructed cancelation order is issued, there may be opposition. For example, a state may challenge the legality of the new cancelation order in court.

Whether or not this will happen will depend to a great degree on the results of the presidential election on Nov. 3. If Trump does not win a second term, it is very likely that the program will continue in force until there is a legislative solution to the situation of more than 600,000 beneficiaries under DACA.

The decision will in effect retain the margin of protection available to beneficiaries under the program. Specifically, this includes the right not to be deported, as well as the right to apply for temporary work permits. In other words, this decision does not resolve the uncertainty regarding immigration status. Just as in the case of beneficiaries of temporary protected status, only a change in immigration law will make it possible for these people to apply for and obtain permanent resident status, as beneficiaries of programs that provide temporary protection. For that reason, there is still work that needs to be done to persuade Congress to approve changes in the law to allow these people to apply for permanent resident status.

One consequence of the decision will be the strengthening of the degree of civic participation by organizations that are in favor of immigrants’ rights, which will surely increase their efforts to deny Trump a second presidential term. The success of this effort is not assured, since the electoral system of the U.S. allows a candidate to win even when the majority of the people do not vote for him.

Despite all of the above, the Supreme Court decision represents a breath of fresh air in addition to a decision on Tuesday, March 16, recognizing equal labor rights for the LGBTQ population. Both decisions will lead to strengthening the commitment of everyone who has pledged to join the battle in improving the practical meaning of democracy in the United States. Together with the fight against white supremacy and in support of racial justice, this decision has added significantly to the promise of reaching a United States that is more just, more equal and more sustainable for all.

*Editor’s note: The DREAM Act, short for Development, Relief and Education for Alien Minors, is congressional legislation that would allow young immigrants in the country illegally who were brought here as children to remain in the country if they meet certain criteria. The legislation has never been approved by Congress. “Dreamers” refer to immigrants who would benefit under the the DREAM act or under the Deferred Action for Childhood Arrivals program.