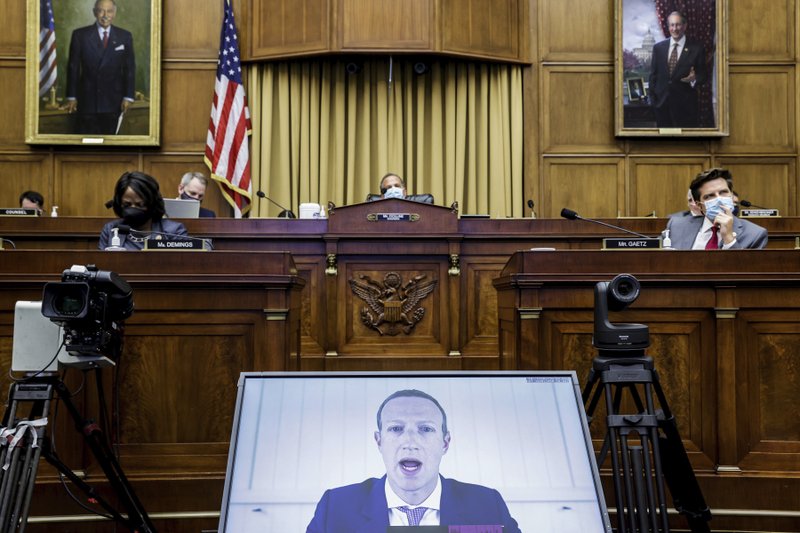 At a hearing last Wednesday over Zoom, politics summoned the tech titans Tim Cook, Sundar Pichai, Mark Zuckerberg and Jeff Bezos. As has happened few times before, from the monopoly of Hollywood to the antitrust trial against Microsoft, Silicon Valley is no longer a shining city on a hill today.

From the attire (simple combinations of jackets and dark ties, which some have called “dad clothes”) to the backgrounds (the gilded wood in Bezos’ office was well-liked, the dull wall of white paneling that deformed Zuckerberg’s silhouette was considered disturbing), to the gaffes, to the ambiguity of the answers, to the performances of the representatives who asked the questions, the appearance of the tycoons of Apple, Google, Facebook and Amazon in front of the antitrust subcommittee of the House on Wednesday, July 29, has been analyzed from many viewpoints — and with very different conclusions. However, the consensus is clear that for Cook, Pichai, Zuckerberg, Bezos and their respective corporations, this is only the beginning.

Isolated in individual close-up shots — given their inability to appear in person and share a joint space — the Silicon Valley giants did not find any support in the merciless format of Zoom. In fact, the effect was similar to that of a deer in headlights.

The usual elusiveness of their responses was more evident than normal. From a room on Capitol Hill, properly socially distanced and with masks on hand, Democratic and Republican representatives seemed to have found an unexpected bipartisan objective in the battle against Silicon Valley, capable of uniting right-wing libertarians, Democratic progressives and Trump supporters, who despise Jeff Bezos due to his ownership of the Washington Post and argue that behind closed doors, social media works against the conservative agenda.

The fact that the hearing was televised was an extra benefit for politicians. This was an opportunity to display a touch of Frank Capra’s film populism, appearing “tough” against four of the richest men in the world, who have tremendous power over the lives of Americans and whose companies, instead of being hurt by the COVID-19 emergency, have made tremendous profits.

“As gatekeepers to the digital economy, these platforms enjoy the power to pick winners and losers, shake down small businesses and enrich themselves while choking off competitors. Our founders would not bow before a king. Nor should we bow before the emperors of the online economy,” was one of the more memorable lines from Rep. David Cicilline, a Democrat from Rhode Island (one of the stars of the hearing) and chairman of the subcommittee.

The demonstration of relative agreement between two parties who disagree on virtually everything else has been shown in similar moments in the recent history of antitrust — the trial against Microsoft in the late 1990s, the antitrust rulings against AT&T in 1984 and, even before that, the rulings against Hollywood and the auto industry; U.S. Steel and Standard Oil come to mind.

Perhaps above all, the hearing from the other day was reminiscent of the session with top executives from tobacco companies in 1994, as they desperately tried to defend the notion that cigarettes were not addictive.

Silicon Valley’s rise to superpower status — which began with former President Jimmy Carter, flourished with Ronald Reagan’s deregulation of the media and was unfortunately sealed by the Bill Clinton and Al Gore team, baby boomers who saw themselves in young digital tycoons and gave them the go-ahead for control of the internet — has always been associated with the most energetic, creative and visionary image of American industrial progress.

For a few years now, that image of shining promise and its impervious quality has been tarnished; the abandonment of privacy, anti-union and anti-competitive practices, investigations of possible tax evasion, Facebook’s devastating role in the 2016 election and (more broadly) in the circulation of information online, Big Tech, like the once great Big Tobacco, has taken on a more ominous connotation today.

The Justice Department is expected to press charges against Google shortly regarding online advertising control, while the Federal Trade Commission prepares to interview Zuckerberg about the social media monopoly. In Wednesday’s hearing, it was clear that Congress will not give up — either before or after the November election.