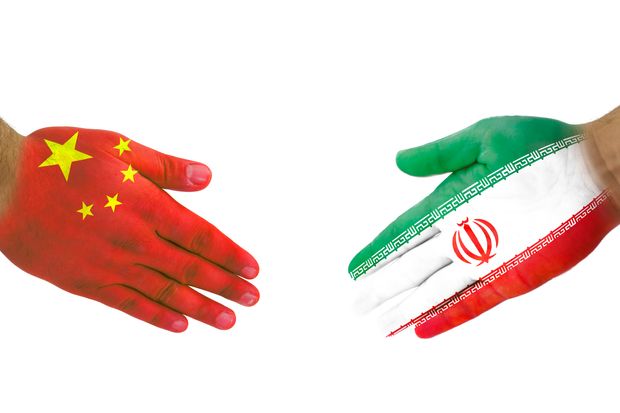 Donald Trump thought that his strategy on Iran would force Iran to renegotiate the nuclear accord. Trump also thought that China would eventually give up in the face of the trade war and the other conflicts he has started against it. But that is not what is happening at the moment. What is, in fact, happening is that Trump’s heavy pressure against these two countries is driving them closer to cooperation. The Iranian minister of foreign relations, Javad Zarif, announced at the beginning of June that China and Iran were negotiating a 25-year strategic agreement. The New York Times obtained a copy of the agreement and reported it in detail a few days ago. According to The New York Times, the agreement includes economic ties worth billions of dollars and unprecedented military cooperation between the two countries, and includes the transfer of Chinese technology to Iran and collaboration in the manufacture of weapons. In reality, the countries began negotiating the agreement some time ago, but had not finalized it probably because China did not want to provoke the White House. But things have changed for Iran and for China. And if the Tehran-Beijing pact continues to move forward, it will add to the list of Trump’s unfulfilled promises, and in an election year. Why?

Let’s begin with Iran. Beginning with his 2016 campaign, Trump has criticized the nuclear agreement that Tehran signed with Washington and five other powers, as the “worst agreement ever signed.” He promised to withdraw from it (which he did in 2018), to renew and increase the sanctions against Iran (which he also did) and apply so much pressure that it would make the Iranians renegotiate the agreement, resulting in “much better terms” for the United States. Nevertheless, Iran resisted the pressure. Despite the brutal effect on its economy, the internal social discontent and the enormous impact of the pandemic, Tehran has refused to renegotiate.

Furthermore, this hard-line position has gained traction in Iran, which has resulted in two strategies: a direct and indirect harassment campaign against Washington and its allies in the Persian Gulf and Iraq using its vast network of local militia allies, including direct attacks like the one against the Saudi petroleum facilities last September, and the phased abandonment of its commitments under the nuclear accord. After the assassination of General Qassem Soleimani — who had become the second most powerful man in Iran – by Washington, Tehran announced that it would no longer comply with any of the agreements in the pact. It is estimated that Iran has reactivated its uranium enrichment to a degree that, if it decided to, it would once again be a few months from developing a nuclear weapon.

The expectation of the White House is that, by continuing to apply pressure against Tehran, and even more under the conditions of COVID-19 and the global recession, Iran will arrive at a point where the regime will give in if it does not first collapse. And from there comes the importance of what Iran is hatching with Beijing.

On the part of China, there isn’t just one conflict in its confrontation with Washington, but many. For Beijing, signing a pact of cooperation with Iran is another step toward widening its sphere of influence in a strategic zone and landing a blow against Washington, and, specifically, against Trump, in a place where it really hurts. This is especially true given that, if the agreement is finalized, Iran will find considerable relief for its economy, breathing space for its finances and an important influx of foreign currency that will allow it to endure the current crisis.

Not all of Iran’s political sectors support close ties with China. There are many who regard it with suspicion, arguing that President Hassan Rouhani wants to turn the country into a Chinese “colony.” Still, Tehran was finding itself alone and defenseless against U.S. pressure. The European countries that signed the nuclear accord attempted to rescue it, unsuccessfully looking for different alternatives to avoid the sanctions imposed by Trump. China itself limited its imports of Iranian oil in order to avoid opening another conflict with Washington in delicate times. Now, however, this new promise of investment from Beijing openly defies those sanctions, and gives Iran a much greater ability to resist what Trump had promised: that he would make them sit down for negotiations and capitulate.

At the same time, China is sending an important message to Washington that is as much about its global aspirations as its determination to defy Washington regarding priority issues and regions. In the end, China seeks to demonstrate that the pressure Trump has applied against it will not achieve his objectives.

These developments will counter Trump’s narrative just in time for elections. Not only does it negate some of Trump’s campaign promises, but it also shows him to be a very ineffective negotiator who has promised to subjugate anyone by pushing them against the wall and making them give up until Washington obtains favorable agreements. What we see in reality falls far short of that and shows us that one of the consequences of beginning so many conflicts and hitting so many countries at the same time could be that two or more of those countries decide to join together to counter the pressure.

I doubt Trump, at this point, can see this. But it would be worth the effort for his advisers or whoever occupies the White House in the coming years to understand that today, Iran isn’t further away from, but instead closer to having a nuclear weapon than it was four years ago and, in Iran, the hard-line positions are the ones that have gained the most. Today, China doesn’t seem any closer to giving in on the issues that worried Washington four years ago, but is instead further away from conciliation, and more ready to demonstrate that it has the wherewithal to continue ramping up the confrontation. Trump’s strategy, in these two cases, does not appear to be working.