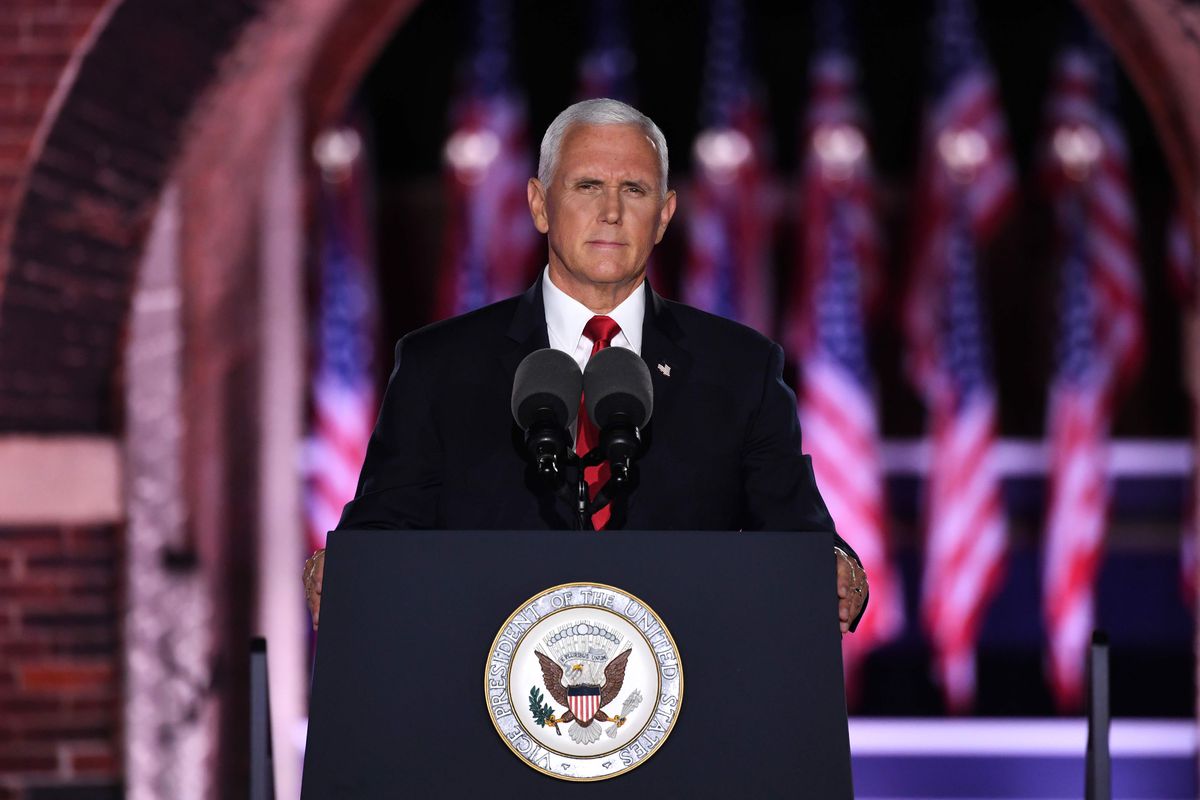 On the third day of the Republican National Convention, which ended on Thursday with a speech by President Donald Trump from the White House gardens, Vice President Mike Pence took the floor to accept his nomination as vice presidential candidate from Fort McHenry in Baltimore.

Vice President Mike Pence, attacked Democratic nominee Joe Biden on Wednesday, accusing him of being a “Trojan horse for the radical left,” warning voters that if Donald Trump loses, America will “not be safe.”

Pence further warned voters that “they weren’t going to be safe in Joe Biden’s America.”

Facing increasing protests against a new case of police violence that left Jacob Blake, a Black man, with serious injuries in Wisconsin, Pence warned that this upcoming election is riding on “law and order.”

After protests surrounding Blake’s shooting in Kenosha, Trump announced that he’d send federal troops to suppress the protests, where two people have already died after a white man in civilian clothing shot into the crowd.

This incident happened nearly three months after George Floyd, a Black man, was shot by police, which kicked off a wave of antiracism protests that hasn’t been seen for decades.

“It’s not a matter of knowing if the U.S. will be Republican or Democrat. The choice is if America will continue to be America,” said Pence.

Other Republicans have also given out warnings about national safety during the third night of the Convention and highlighted Trump as a defender of “law and order.”

“From Seattle and Portland to Washington and New York, the cities governed by the Democrats are being invaded by violent mobs.”

Pence took the floor to accept his nomination as vice presidential candidate from Fort McHenry in Baltimore, a symbolic location in American history as it was the inspiration for the U.S. national anthem.

“Joe Biden is going to be nothing other than a Trojan horse for the radical left,” reiterated the 61-year-old vice president, one of Trump’s most loyal aides.

Pence, who’s always been a discreet second in command, could abandon that role if Trump wins in November and if he runs as a candidate in 2024 to succeed him.

The president appeared surprisingly close to the First Lady when greeting the audience at the end of the speech.