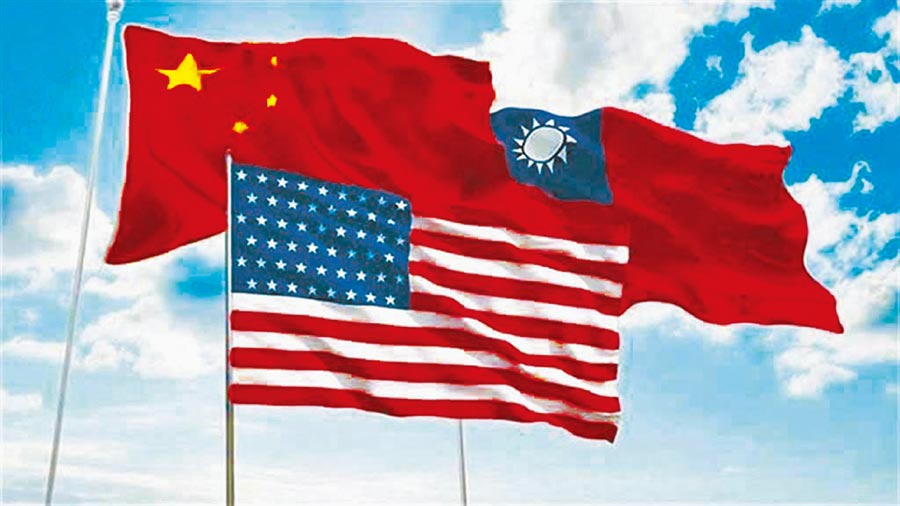 Forty-one years after the formal establishment of U.S.-China diplomatic relations, the condition of those relations and the Taiwan Strait is in unprecedented turmoil. Both parties now ask the same question: What is to come with U.S.-China relations in the future? Will a serious conflict erupt between both sides? Additionally, following this conflict, how will China, the U.S., and the overall global order change?

When discussing the U.S.-China conflict, what we are really talking about is the Thucydides Trap — the struggle between an existing power and an emerging power. It is necessary to point out that there are not just one, but multiple traps for the U.S., the world’s leading power. The first is something that is completely unprecedented. In the past, challengers have usually been able to challenge the U.S. on one or two aspects, but China has put pressure on the U.S. with everything from trade and the economy, manufacturing, science and technology, military affairs, the space race, and even national values and governance. Secondly, China is rising to the U.S. and is catching up at a quicker rate than ever imagined. Thirdly, the U.S. has tried everything to suppress China’s development, but to no effect.

The situation reminds us of American political scientist Graham Allison, the Harvard professor who first coined the term “Thucydides Trap.” [ https://en.wikipedia.org/wiki/Thucydides_Trap ] In the statistical research of the history of mankind’s superpower disputes over the past 500 years, we find that there have been 16 of these conflicts in total. 75% of these disputes have resulted in war, while only 25% have managed to avoid war. Does the fate of the 17th dispute lie with the 75% or the 25%?

Using a volcanic eruption as an example, the future is not looking bright. The reason that volcanoes erupt is that power has been accumulated and stored for a long time, so much that it eventually results in an eruption. This metaphor can be put in parallel with U.S.-China relations and the South China Sea. The reason that the United States has dominated the world for the past 100 years is mainly because it was able to fight off the other competing powers, such as England, Germany, Japan and Russia, just as it is facing China today. The U.S. has to be able to defeat China, no matter how difficult the battle. Otherwise, American global dominance will cease to exist. From Obama to Trump, the U.S. has tried every way to defeat China, but has made minimal impact. The U.S. has two methods to fight against China: the financial market and Taiwan. The first is extremely risky, which leaves only one option: the Taiwan card. The U.S. is able to use Taiwan to cut into China’s sovereignty until China finally cannot restrain itself and sparks a local military conflict, which would in turn harm its stability and development.

Let’s take another look at China. China has three primary reasons to solve the Taiwan problem, the first being its territorial and sovereign integration along with the rejuvenation of the Chinese nation. The second is creating a chain of islands in order to turn around its strategic disadvantages in the Western Pacific (Chinese man-made islands). The third is that Taiwan is vital to the stability and power status of Mainland Chinese leaders.

Returning to Taiwan’s perspective, one reason that Taiwan has maintained a pro-U.S., anti-China stance, is that it is a strategic plan to use the U.S.-China conflict as a mechanism to gradually realize Taiwan’s true independence.

It should be said that when it comes time for a showdown in the Taiwan Strait, China, the U.S. and Taiwan will all have built up a great deal of power. Of course, just like a volcano, it can be predicted that a conflict will erupt, although it is uncertain exactly when.

Do U.S.-China relations have a chance of beating the odds and coming out with the 25%? Of course! The main factor here is U.S. military strategy and tactics in U.S.-China relations and the Indo-Pacific realm. If the U.S. is unlikely to win, it may choose to cooperate with China instead of entering into a military conflict. No matter what choice is made, however, it may no longer be time to be on the American side.

The author is a senior commentator on Phoenix TV