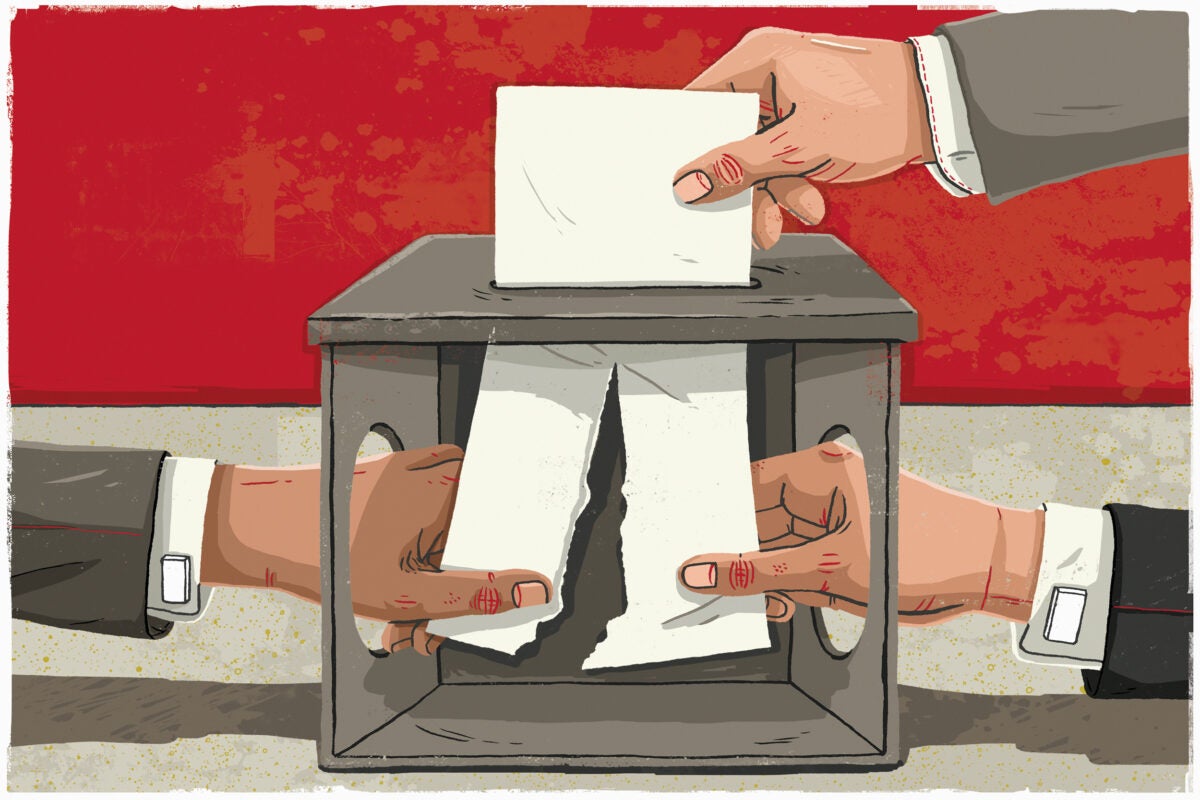 I believe that the main problem associated with the U.S. in the near future is the question of its legitimacy, and this concerns us directly. I also occasionally read that, by November, everything will be decided. Let’s wait until November when everything calms down and it will become clear: Joe Biden or Donald Trump.

No, things will not calm down. The question here is how legitimate will the new government be after the U.S. election is over? Here I have a question because clearly both sides, to a large extent, are compromising this legitimacy.

What is the U.S.? It’s a country made up of laws, institutions and rituals. But we can forget about rituals, including the main one on the night after the election, the one with a big happy ending and an obligatory call from the losing side congratulating the winning president.

Now nothing will be the same. There will be no celebratory night and no phone call. There will only remain laws. Both parties will be suing each other and re-counting votes until they turn blue in the face. I think all this will make Alexander Lukashenko* laugh.

The problem is that they have already destroyed the system of checks and balances, and will jeopardize the functioning of institutions. After this, how can we embrace the new authority of the United States? How and who will we negotiate with? With individuals acting as personal deputies, secretaries, officials and so on? How valuable will these negotiations and decisions be? I think they will be worthless.

This is quite a sad observation, resulting from both parties and their mutual threats of a revolution. Biden is threatening Trump. Trump is threatening the American people. My impression is that this society is less and less intimidated. The public is bracing itself for such a revolution and I’m afraid that by November, they will be ready for it. My understanding is that the public is trapped in a Gordian knot between these two parties, and there is no better way to get out of this entanglement than to just cut it.

And lastly, there was interesting news about what the U.S. Army general and chairman of the Joint Chiefs of Staff, Mark Milley, allegedly told his subordinates: that the Army will not be involved in a political dispute after the election. Whether he said this or not is impossible to verify. U.S. media is built on false news and it’s a big problem for us because we don’t know and don’t understand what is really happening in the U.S.

Milley said, “I will not follow an unlawful order.” On the contrary, his statement means that in the event of a political outbreak, the Army will be the main force to take charge of the situation. This will be a very scary scenario considering that this impacts foreign policy. We saw that in the Middle East, certain elements of the Central Intelligence Agency got out of control, which impacted Syria and Iraq, and the Middle East in general. And now let’s think about the U.S. Army that will follow the “lawful” order.

*Editor’s note: Alexander Lukashenko has served as the first and only president of Belarus since 1994. His most recent election, on Aug. 9, 2020, allegedly involved widespread electoral fraud and has sparked mass protests.