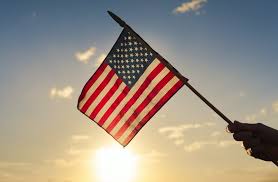 Recently, the public has paid a great deal of attention to the 2020 U.S. presidential election and social movements such as Black Lives Matter. These concerns are accompanied by discussions about the possibility of an American political party transition and how that would affect U.S.-China relations.

Historically, American foreign policy has been influenced by recurrent transitions between political parties and changes of policymakers. What we need to remember, however, is that many of these policy outcomes and subsequent changes were all products of particular historical conditions. When examining America’s rather constant political decisions and governance methods, we cannot fully rely on party transitions to explain everything. The United States’ current approach to creating U.S. policy toward China involves “fitness tests,” which demonstrate how the U.S. has dealt with many major issues in the past. These fitness tests refer to the United States’ moral and behavioral choices in situations involving a fundamental conflict of interest. In this regard, we need a new strategy implementing contextual thinking to understand these fitness tests. The core of this strategy is to assume that the U.S. will choose the riskiest course of action where China is concerned.

America’s current state of deglobalization and political polarization are conditions of U.S. foreign policy, rather than its consequences. When the U.S. is in the middle of a fitness test, we must first contemplate the kind of choice it will make in the context of U.S. foreign policy trends. We should seek to understand this situation from a historical and political perspective, viewing the U.S. as one united nation. By doing so, we can form accurate judgments toward its willpower and behavior. We should not be engrossed in nonessential things such as elections, social divisions, interest groups playing short-term games and other distracting matters.

When understanding the fundamentals of American politics from a political standpoint, we must be aware that America’s constitutional political system, democracy, party politics and social pluralism construct the foundation and pillars of its political system. The four true pillars of its political system Protestantism, imperialism, capitalism and hegemony — are the fundamental ideologies that are necessary in order to understand why the U.S. has acted so consistently throughout history. The United States prides itself on its special mandate as the “City on a hill” and “God’s chosen people.” The motivation to obtain maximum political and economic benefits, and maintain the power to determine international operating rules on the commanding heights of human morality, are important aspects that permeate today’s party and identity politics in the United States.

From a historical standpoint, we realize that America’s behavior and reasoning of fundamental conflicts of interest have never changed. In American history, when interfering in foreign affairs and situations with multiple conflicts of interest, there is always one common characteristic: as a country, the history of America’s diplomacy and political decision-making is very consistent. American economics historian Douglas Irwin proposed in his book “Clashing Over Commerce: A History of US Trade Policy” that, although various disputes and disagreements exist among interest groups, the positions of different parties have become extremely stable over the course of history. Thus, trade policy has remained fairly continuous. From the Civil War to the Great Depression, one of the tools used by the U.S. to protect its interests is the restriction of imports through tariffs in order to protect domestic exports. Although there was a party realignment in the past, the three Rs — revenue, restriction and reciprocity — have always been consistent goals.

Before the 1970s, the U.S. dollar held a solid position as the world’s dominant currency. Domestic prices were stable and international trade generally maintained a surplus. However, following the Vietnam War and considerable growth in international trade, the United States’ international income deteriorated, the dollar’s reputation took a hit, and there have been multiple dollar crises. In order to protect its national interests, the U.S. has always used tariffs as a way to crack down on its competitors and target the growing imbalance in international transactions. In 1971, the Nixon administration suddenly declared the unilateral cancellation of the gold standard system, promoting the depreciation of the U.S. dollar relative to other currencies. From the crash of the gold standard to the signing of the Plaza Accord* in the 1980s, the United States took decisive, and surprisingly consistent, action to maintain its dominant position when adjusting its relations with the outside world, and it will never hesitate to sacrifice other countries’ interests.

Returning to reality, we find today that the United States has returned to the scene of fitness tests, facing major conflicts of interest that have been prevalent throughout history. When the international trade system is out of balance and the decentralization of international trade operations becomes more apparent, the U.S. feels a strong need to reassert its dominance over global rules. If we look at the Trump administration from this angle, historical continuity becomes even more obvious. At this time, instead of taking one action at a time, we should look at the United States from a consistent overall standpoint and the perspective of historical continuity. From China’s perspective, it is necessary to examine the nature of the U.S.-China conflict with a cold and mature attitude, to imagine the most extreme of possible scenarios pertaining to the U.S.’s behavior, and to make rational judgments that are in line with our national interests, based on the current situation and conditions.

The author is a researcher at the Institute of Political Sciences of the Chinese Academy of Social Sciences.

*Editor’s Note: The Plaza Accord was a joint agreement signed in 1985 among the U.S., France, West Germany, Japan and the United Kingdom. The countries involved sought to intervene in currency markets to depreciate the U.S. dollar in relation to the Japanese yen and German Deutsche mark.

About Jaime Cantwell 15 Articles
I'm a rising senior at New York University Shanghai interested in international relations, music, and anything language-related. I'm originally from the Seattle area, but have spent the past few years in Shanghai, Taiwan, and New York!