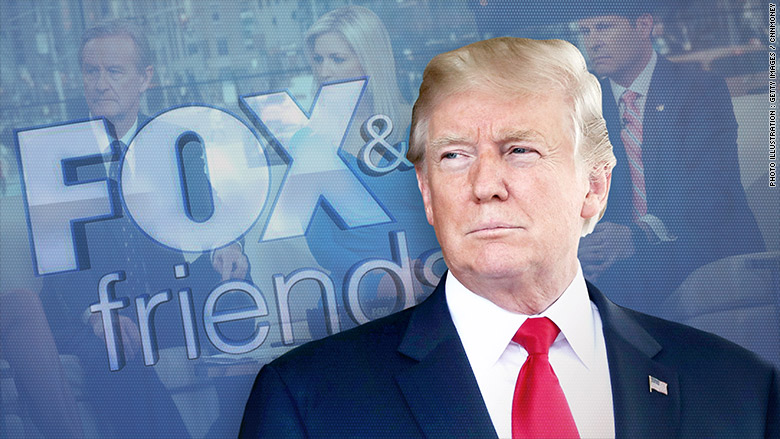 For a week, the author exclusively consumed Fox News’ take on American politics. A critical look at the 24-hour news network in the middle of a presidential campaign.

It was a pretty strange idea I had. Swapping one of the networks in my TV lineup for Fox News. One week’s experience of having the controversial network as the only source of television news on everything to do with American politics.

I started my new routine on Tuesday night at 9 p.m. I had replaced Rachel Maddow and Céline Galipeau with Sean Hannity, an exchange that seemed bad to me as soon as I took it. According to Forbes, the Hannity program was — at the end of the last quarter — the most popular on 24-hour news networks as well as having the biggest ratings in its history. On average, it brings together 4.45 million people each night. Two other Fox News shows share the stage. Maddow at MSNBC is a good fifth with an average of 3.3 million viewers.

Like Judge Jeanine Pirro and other Fox News presenters, Sean Hannity is a toady. He is also the most enthusiastic enabler of Donald Trump. The American president often grants him monologues camouflaged as telephone interviews. Just this evening, Trump, hoarse and interrupted by his own coughing, called the show live like a sports fan would call 98.5 FM to comment on a Montreal Canadiens’ match. All this free airtime serves as a church pulpit for him to deliver his falsity-stuffed sermons to millions of parishioners, and his words are never challenged by Hannity. With an annual salary of $25 million, we should expect more from the presenter.

It is not just some of the Fox News presenters who are worrying. Several of their experts are too.

Shortly after I started my experiment, I discovered Dr. Marc Siegel. I would see him on screen several more times in the following days, especially following the announcement that the president had COVID-19. Siegel is the Fox News expert. For him, coronavirus is equivalent to a serious flu with no effect on young people, and, according to Siegel, from which it is nearly impossible for those under 70 to die. I hurriedly did a Google search to find out what type of doctor he is. This enemy of science really is a medical doctor and, what’s more, he teaches at New York University Langone Medical Center. Siegel promotes hydroxychloroquine as a treatment for COVID-19 as if he is a stakeholder in the pharmaceutical company that makes it.

The day after Trump’s diagnosis, the presenters of the morning show Fox & Friends seemed sure that the president is going to recover rapidly and without aftereffects. “He’s going to recover, like The Rock did!”* one of them exclaimed.

The month before, Dwayne “The Rock” Johnson and his whole family had tested positive for the coronavirus. Johnson is a big action star in films where he does many of his own stunts, as well as being a former professional wrestler. He is a quarter of a century younger than the American president and his body fat percentage is 10.5%. Trump, meanwhile, is obese. Saying that the president’s recovery will be the same as that of The Rock is crude, but at Fox News, things don’t stop there.

As at the White House, at Fox News they seem to believe that the more you repeat a lie the more it becomes the truth. It is the root of the codependence between the two entities. Trump feeds off what he hears from Fox News and Fox News repeats verbatim and often, without fact-checking, what the president says. The news network that complains ceaselessly about fake news is the one most responsible.

“I did more in 47 months as president than Joe Biden did in 47 years.” (Biden was elected to the Senate in 1973.) This statement that Trump and his representatives have recited by heart since the first presidential debate has also been repeated on the Fox News airwaves. Like “Make America Great Again,” “Build the Wall,” “America First,” “Lock her up,” and “Fill the seat,” — these are Trump slogans that summarize his campaign agenda, are easily embroidered on baseball caps and are easy to tweet. The president’s supporters wear them proudly on T-shirts as well as chanting them at rallies. Trump’s strength is in packaging messages. And Fox News amplifies them. It’s not for nothing that it is nicknamed “Trump TV.”