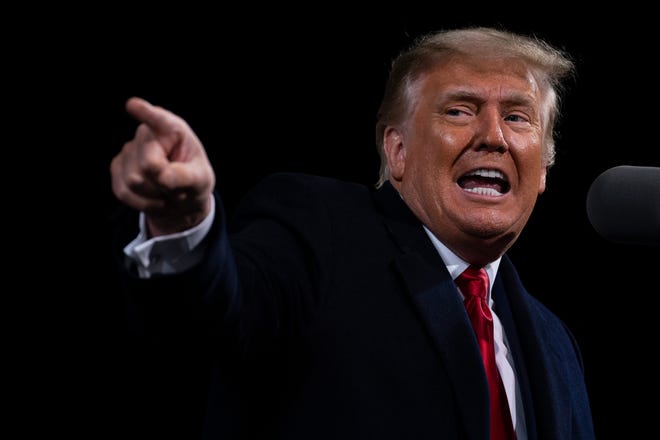 On the face of it, things appear to be back in order. After sulking, then ranting via tweet and humiliating his staff who worked tirelessly for months to reach an agreement, Donald Trump finally brought himself to sign the stimulus plan, which he had called a “disgrace” just a few days before.

The nearly 12 million Americans whose unemployment benefits have been suspended since this weekend and the small businesses whose finances have been wiped out by the pandemic will be able to breathe a bit easier, and pay their most urgent bills. As for public services, they will continue to function. On the surface therefore, things seem to be back to normal, but appearances these days …

Because the truth is, the future ex-president has not conceded defeat and continues to pursue guerrilla warfare against those institutions he swore to serve. By granting pardons with a vengeance to his most zealous servants convicted by the courts, and by manipulating obstruction like none of his predecessors ever dared to do, he is cultivating a poisonous atmosphere. There’s a mood of general suspicion and an unhealthy climate.

Trump indeed continues to undermine the pillars of American democracy. He remains convinced, and states it publicly, that nothing is definitely settled, that the part of the population he keeps kindled to a white-hot temperature will eventually rise up and he will appear as the country’s savior, will all the power that goes with it. Everything indicates that in the United States, we are at this exact point in history.

This episode of the stimulus plan’s approval is certainly not an isolated incident. It is one more test for a democracy being challenged like never before in recent memory, a democracy that will have to show great resilience in order to recover from these repeated attacks.