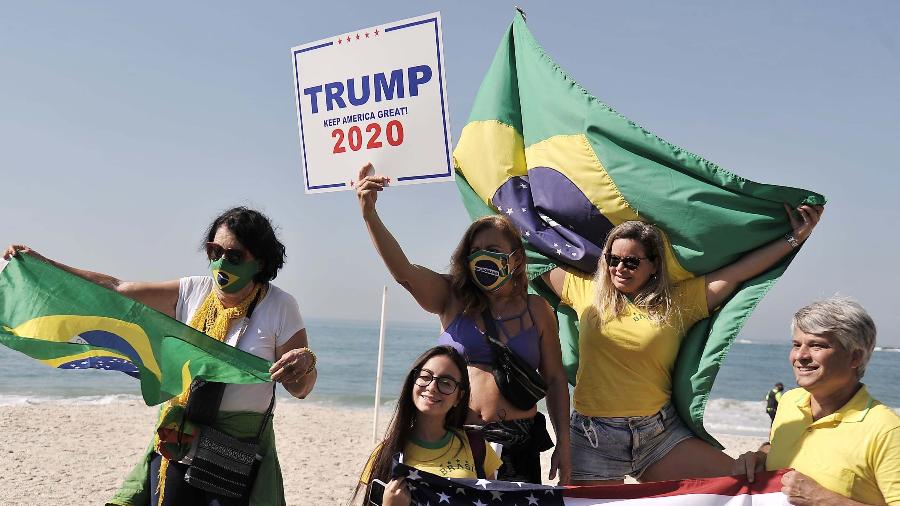 “So look. All I want to do is this. I just want to find 11,780 votes, which is one more than we have because we won the state.” These phrases were said by Donald Trump in a conversation that could be classified as anything but Republican, obtained by The Washington Post. It exposes the American president trying to pressure a Georgia official to find votes that would allow him to declare victory in the state.

Trump did not win in Georgia and The Washington Post’s revelations opened a can of worms for the Republican Party, with prominent voices warning of the crime Trump was committing.

At the same time, 10 former secretaries of defense of the world’s largest military power have published a letter in which they call for the transition of power to take place within the rules of democracy. The list includes different politicians and ultraconservatives like Dick Cheney and Donald Rumsfeld.

Humiliating democratic norms and apparently willing to promote fraud and making clear his contempt for the rule of law, Trump should serve as a warning sign for everyone.

The press, with a solid system and strong sense of democracy, may have averted one of the biggest political scandals in decades.

But if Trump failed and ran into a system stronger than himself, what should we think of so many other countries where institutions are not solid and where parties are merely vehicles for controlling power?

A legend and example to be followed by many populists around the world, Trump developed a curriculum of implementing a strategy of power and repeated communications through various channels. (It never hurts to remember that Ernesto Araújo, the chancellor, described Trump as the only person who could save the West).

And for that same reason, we have to worry about what the American’s attitude means.

Yes, we need to ask ourselves why charlatan leaders are obsessed with silencing and killing the credibility of the press.

Yes, we need to ask why we abandoned our traditional international stance to accompany the Trump administration in every international vote.

Yes, we have to ask why President Jair Bolsonaro insisted on saying that his sources pointed to a fraud in the Democrats’ victory. Yes, we need to know why we were at the end of the line in recognizing Joe Biden’s victory. What were we waiting for?

Trump’s willingness to corrupt an election is not just a matter for the American voter. What’s at stake is democracy. There and in other countries around the world.