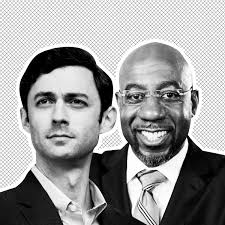 While the world watched in shock as the U.S. Capitol was invaded on the afternoon of Wednesday, Jan. 6, 2021 during the certification of the victory of President-elect Joe Biden, another important event was taking place, proving that we need to be aware of the social and political changes that the globalized world is going through.

In traditionally Republican regions, there were surges of support for Biden, a Democrat, not because the counties changed sides, but because voter participation changed and the new voters pushed strongly for a victory in defense of minorities. The difference is the profile of the new voters. They are better educated, younger, more engaged and strongly connected to social networks.

The status quo of the conservative Southern state of Georgia was challenged at the same time the Capitol was being invaded.* Democrat Raphael Warnock, a 51-year-old minister, won the runoff for one of two U.S. Senate seats up for grabs, making history as the first Black senator elected in Georgia. He won without ever previously running for office, and for the past 15 years, he served as the leader of the Ebenezer Baptist Church in Atlanta, the same church at which Black civil rights activist Martin Luther King Jr. preached until he was killed in 1968.

Warnock’s win over the conservative, Republican millionaire Kelly Loeffler, a businesswoman and owner of the Atlanta Dream basketball team who has, on several occasions, taken a stand against the Black Lives Matter movement and who supports anti-LGBTQIA+ movements, amplifies the symbolism of this victory and inspires the debate on racial and social inclusion issues.

Another tight victory for the Democrats, which was extremely significant for the time we are living in, was the election of Jon Ossoff, who beat the Republican candidate, David Perdue. At 33, Ossoff will be the youngest U.S. senator in 40 years. Like Warnock, he had no previous political career in Washington. Ossoff campaigned over TikTok (a Chinese app) focusing on defending environmental issues and fighting corruption. He is a documentary film producer and investigative journalist who married a doctor he has known since high school, and who defeated a traditional politician who had never lost an election.

It is crucial to remember the weight Georgia wields as the state from which the leading names in the fight against racial segregation in the United States emerged, the most notorious being King.

We must always be attentive to change in political and social circumstances, and we have seen that in the victory of two people who were once a laughingstock in this traditional state. The racial tension and the lack of representation experienced during the entire Donald Trump administration may be one factor that influenced the strong voter turnout by minorities. In 2018, Stacey Abrams, a community rights activist, a state representative for 10 years and who lost the gubernatorial election in Georgia in the same year, worked to get out the vote, and, in doing so, led 800,000 people to register as new voters through her Fair Fight Action organization.

In this context, it is necessary to carefully observe what is happening in the United States, with a Black movement composed of young people, a movement that has such a vitality that it has managed to build a unifying and nonpolarized coalition never seen before in the United States. We are witnessing a rebirth of pluralism in the U.S., and I believe it will not be much different in Brazil.