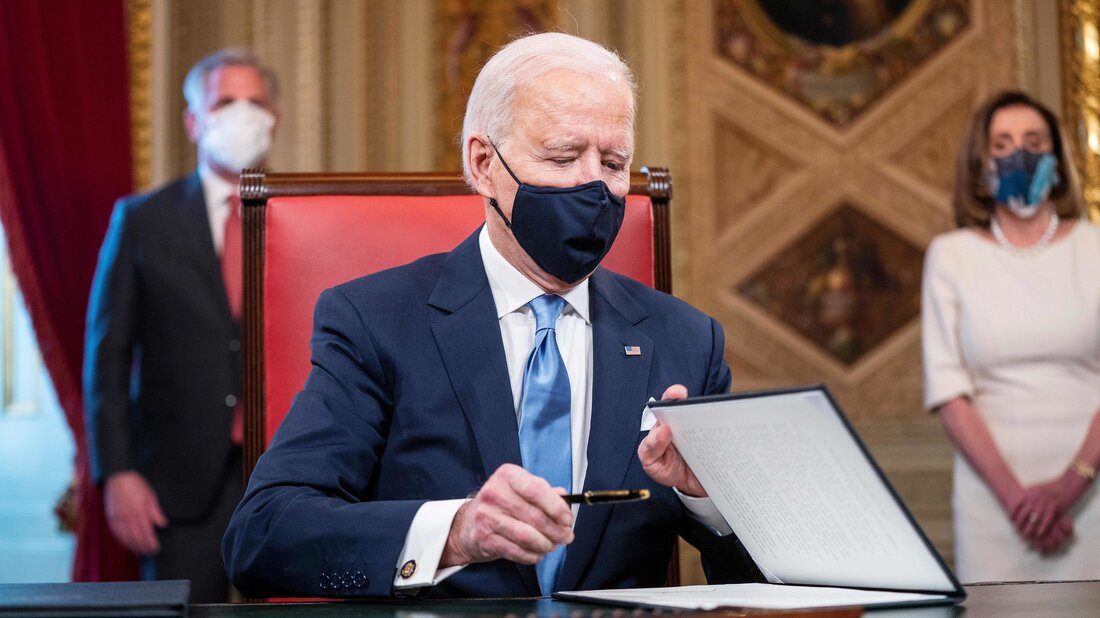 Joe Biden, the 46th president of the United States, took office in a nation still shaken by the unprecedented and violent attacks on the Capitol earlier this month, precisely when Congress was preparing to declare the victory of the new president.

Biden inherited a country immersed in complex problems. First of all, the health crisis caused by the COVID-19 pandemic, neglected up until the last minute by his predecessor, Donald Trump, despite the fact that it has already caused 400,000 deaths in the U.S. Second, the need to unify a deeply divided nation, as it has rarely been in its history. Third, to effectively manage a government that will have to restore full institutional normalcy and even civility itself, which was unfortunately lost by Trump’s pathological and defiant actions, which were even taken to the limit of being absent at the inauguration.

The new president swiftly signed 17 executive orders on subjects as diverse as public health, federal student funding, immigration, energy and climate, and even re-entered the Paris climate agreement, which was largely criticized by Trump.

But perhaps the most pressing task is to reinsert the U.S. into the community of nations and normalize its southern border, which is besieged by thousands of Central Americans struggling to enter the country in search of a better future. It will also be necessary to abandon the protectionism driven by his predecessor in office, although we will have to wait, since Biden himself raised questions by announcing that he will enact a new “buy national” regime, the content of which has not yet been specified.

With a strong call for national unity, Biden announced that he will defend the essential virtues that have marked American history: equal opportunity, freedom, dignity and respect for others.

At a time when racism seems to have resurfaced in the country, the new president will have to undertake an arduous task to eradicate it.

Biden is a man of strong religious convictions, a practicing Catholic. He is the second Catholic president of the country, after the late John F. Kennedy. It is therefore not surprising that, with the symbolism of the case, he has sworn on the Bible used by his family in successive liturgical ceremonies since 1893.

Biden knows our region well. So far, there have been no concrete signs that he is considering immediate action on this part of the continent.

Undoubtedly, it will also be a challenge for Argentina to work together with the new U.S. administration in order to build and grow a relationship that is as enriching as possible.