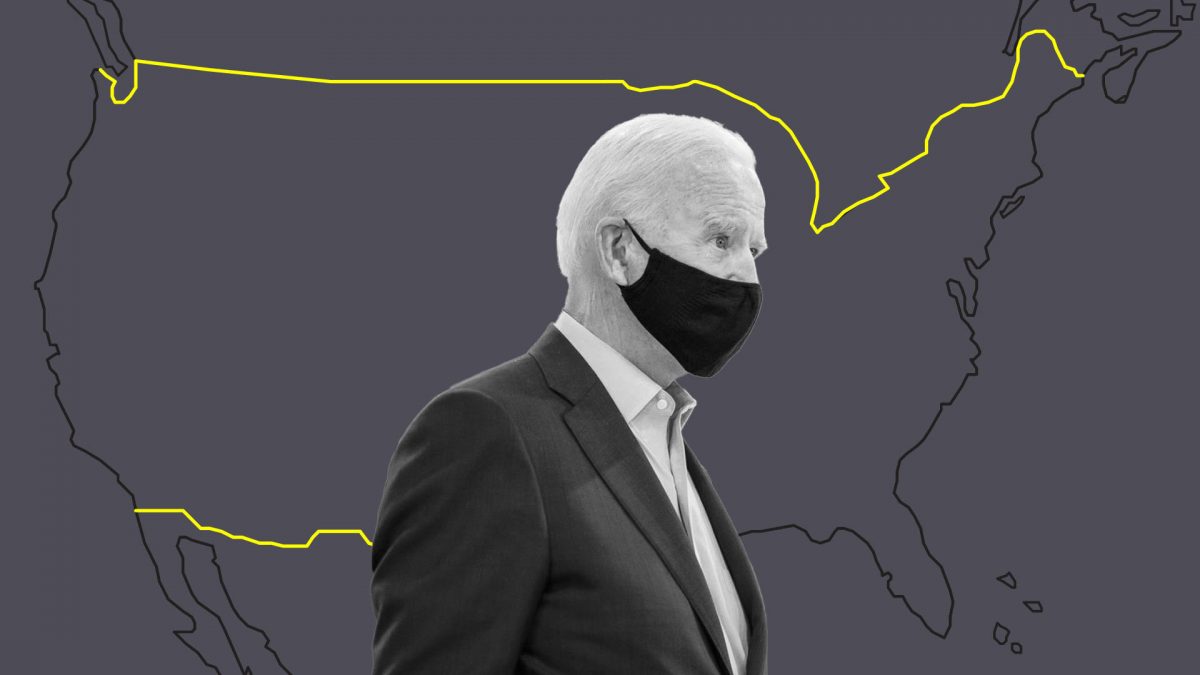 It would have been naive on the part of the Biden administration to think that it would have it easy at the borders. But the worst-case scenario is playing out, and not just on the southern end.

The Joe Biden administration is grappling right now with a unique situation: The two continental borders of the United States have opposing problems occurring at once. At the northern border with Canada, one wonders why nothing is happening a year after its closure. At the southern one, with Mexico, the question is, rather, why there is so much activity only two months into his presidency.

Over the years, the proximity at the 45th parallel has perhaps led us to take for granted the exceptional nature of the border Canada shares with the United States. It is the most significant, both geographically and commercially, on the planet. Its closure, one year ago this week, was dramatic in itself. The fact that, one year later, there is still no reopening plan of any kind is perhaps even more so. Whether it is the government of Prime Minister Justin Trudeau or the Biden administration, no criteria, no precise or the least bit scientific barometer has even been presented.

As revealed this week by the CBC correspondent in Washington, Alexander Panetta, a growing number of American elected officials, particularly those representing districts close to the border, are beginning to stamp their feet and demand answers from federal authorities. The guidance issued by the Centers for Disease Control, according to which adults who have been vaccinated can gather without masks or physical distancing, and the president promising universal access to vaccination in the United States between now and the month of May along with the lifting of health restrictions in several states, will probably leave them even more impatient.

Nevertheless, the magnitude of this pressure, whether today or in May, will no doubt have nothing in common with that felt some 1,860 miles to the south, at the other border.

There is nothing unusual about massive arrivals of migrants at the Mexico-United States border. Prior American administrations of both parties have had to confront crises, in one form or another, at the border with Mexico. But this wave surpasses all the others going back to the beginning of this century, according even to Biden’s secretary of homeland security, Alejandro Mayorkas, himself the son of Cuban refugees. Included in this spectacular rise in the number of arrivals are many unaccompanied minors. Only last week more than 4,000 children were placed in adult holding facilities after crossing the border as undocumented migrants.

This clearly poses immediate humanitarian concerns, but also threatens to create others of a political nature for Biden, and perhaps sooner than he expected.

During the 2020 campaign, Biden presented himself as a contrast to Donald Trump, notably on resolutely restrictive immigration measures. If the Trump presidency has left a mark on the collective imagination with images impossible to forget — those of children separated from their parents before being locked away in cages — Biden’s would be one of compassion and humanity.

However, beyond knowing to what extent critiques of Biden, accusing him of creating a “magnet” effect with his rhetoric, are correct, one must recognize that he is now caught between a rock and a hard place.

On the one hand, adopting a harder line now risks setting off a combination of disappointment and resentment in the farthest left wing in his party and among some of their key supporters. The Democratic majority in Congress is so small that any revolt could weaken Biden’s authority.

On the other, the president cannot allow such an influx without the risk of alienating the rest of the electorate, especially in a context where Republicans, already multiplying trips to the border to highlight the problem, will not hesitate to play the national security card. This is especially true after it was learned that among the individuals apprehended at the border were those registered in databases as being suspected of terrorism.

The phenomenon in itself is incredibly complex. The majority of migrants come from Mexico and Central American countries like Honduras. But they come as well from Venezuela and other South American countries, hit by natural, political and humanitarian crises. They journey gradually north to reach Mexico, then, ultimately, the American border.

The new administration is perhaps correct to believe that a real solution to the problem lies in improving the conditions in these countries. But before that, the political pressure will be intense for the new president. To blame the previous administration, as the White House spokesperson has done in recent days, will not suffice forever.